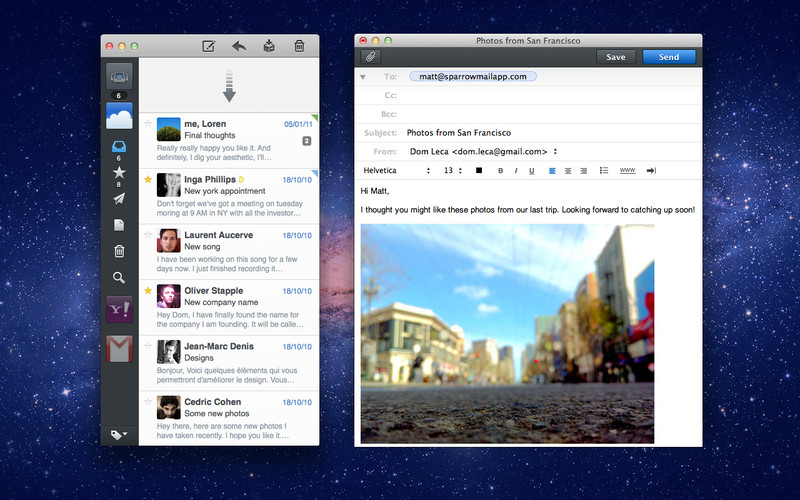 Other than the notable apps and updates below, developers of Shazam, the “9th most downloaded app of all time,” announced today its song recognition service has been used to identify over 5 billion songs. The five billionth tagged song on Shazam was “Blow Me One Last Kiss” by Pink. Head below for our full list of new apps and updates hitting the App Store today:

Sparrow for Mac version 1.6.3: Sparrow’s Mac App Store app was updated today with a number of performance enhancements and fixes. A full list of what’s new in version 1.6.3 is below:

The New Yorker Magazine: Previously only available as an iPad app, The New Yorker is now bringing all of its magazine content to the iPhone with a new universal app available on the App Store now. To celebrate the release of the iPhone version, you will be able to get the Aug. 13 and Aug. 20 issues completely free (old issues are not accessible on the iPhone app).

Cloud version 1.5.4: The Mac App Store version of Cloud app received a small update that brings updated graphics with support for Retina displays and a fix for auto-uploading on Mountain Lion.

Bank of America- Mobile Banking version 4.0.392: As noted by MacRumors, the Bank of America iPhone app has added the ability to deposit checks up to $5,000 by snapping images of both sides from within the app. Also included in the update is push notifications for Bank of America alerts, a new feature to send money securely to any mobile number of email, and the ability to”choose the BankAmeriDealsTM you want, and earn cash back.”