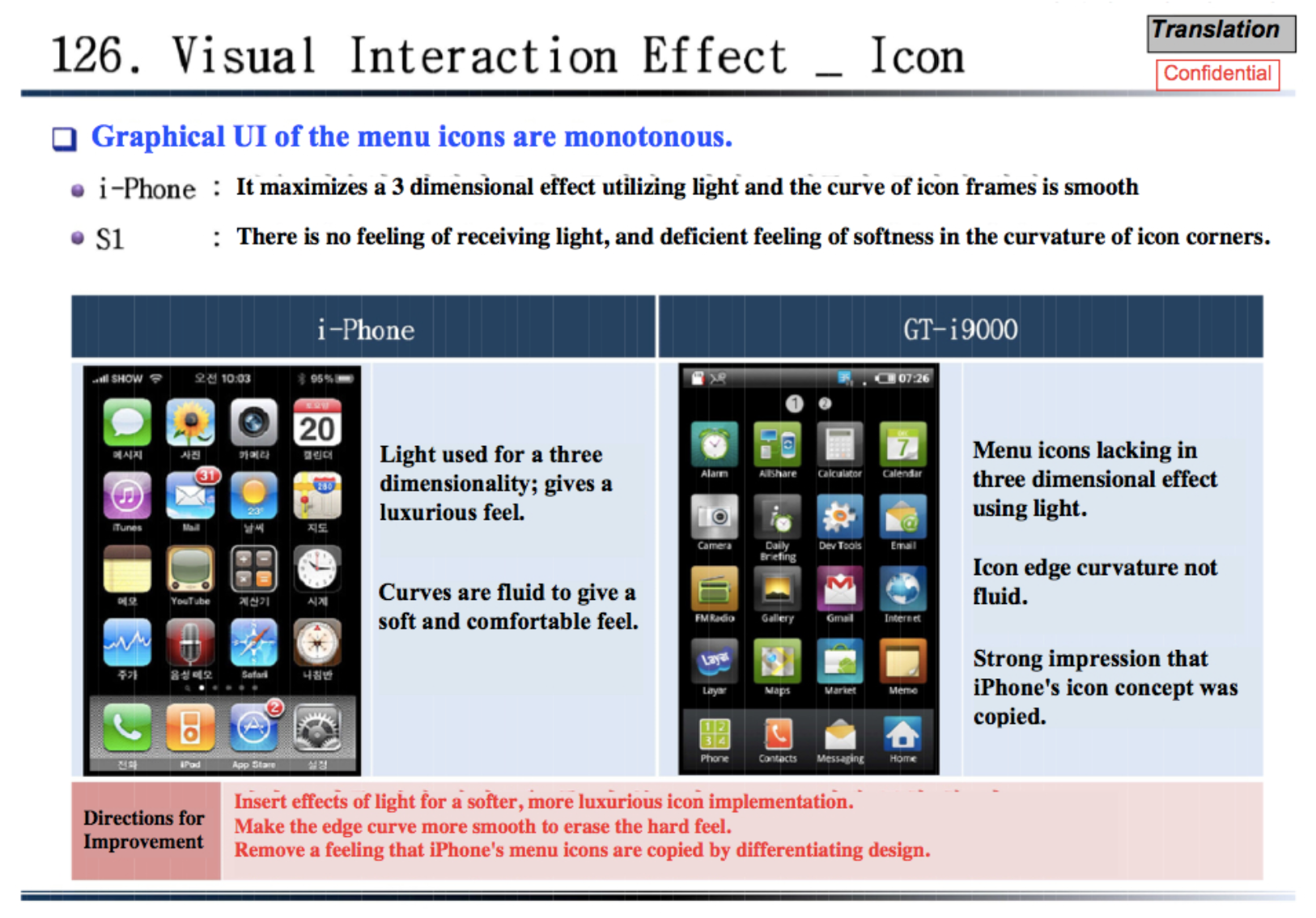 Amidst the well-publicized Apple vs. Samsung patent infringement trial, AllThingsD reports on a potential major piece of evidence in Apple’s favor. The basis of Apple’s case against Samsung is how after the iPhone’s unveiling in 2007, Samsung’s smartphone design drastically changed into designs that closely mirrored Apple’s. This new piece of evidence supports Apple’s claims: it’s an internal Samsung report that evaluates the Galaxy phone’s hardware and software components against the iPhone. As AllThingsD summarizes:

In short, the document makes the case that the Galaxy (identified as the “S1″ in this document) would be better if it behaved more like the iPhone and featured a similar user interface.