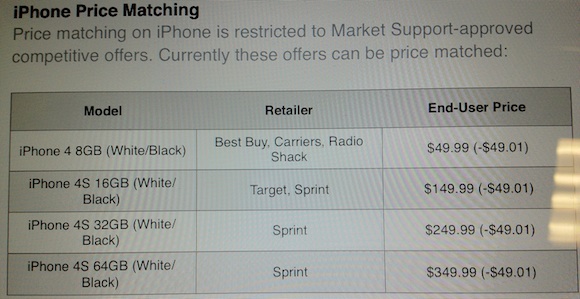 After carriers and retailers dropped the price of the iPhone in recent weeks ahead of the sixth-generation iPhone launch, MacRumors found this morning that Apple retail stores were given the go-ahead to price match the iPhone to other outlets by as much as $49.01. Like most price-matching programs, customers will assumedly have to present proof of lower pricing before Apple takes the money off. The price matching looks to be only taking place in retail stores and not on Apple’s online store.