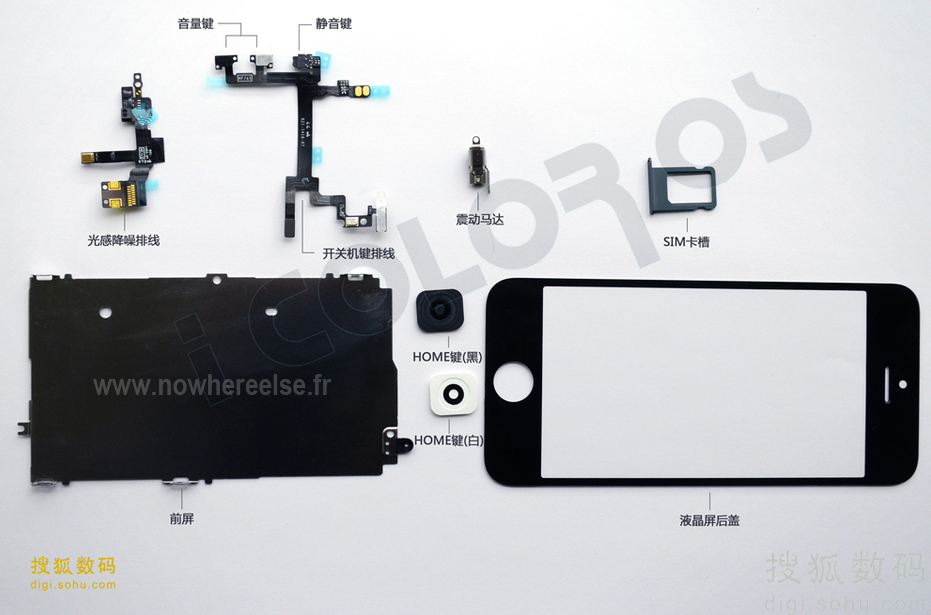 According to a new report from French publication Nowhereelse.fe and Chinese forum iColorOS, more sixth-generation iPhone parts have surfaced from China. As you can see above, we now have a look at the alleged glass front, home button, sensors, volume control buttons, and the protection element placed on the back of the phone screen that may appear in the next iPhone. The leak also adds a bit more validity to a report earlier this week that showed a new nano-SIM card and smaller home buttons for the device.

As the launch of the sixth-generation iPhone ramps-up, so have the leaks. We learned about the new miniaturized dock connector, scratch-proof glass, how the screen scales in iOS 6, and more in the past week. Apple is rumored to announce the device at a September 12 press event in California along with the iPad Mini, with a September 21 launch happening shortly after. There is not much more waiting, folks. [NWE]