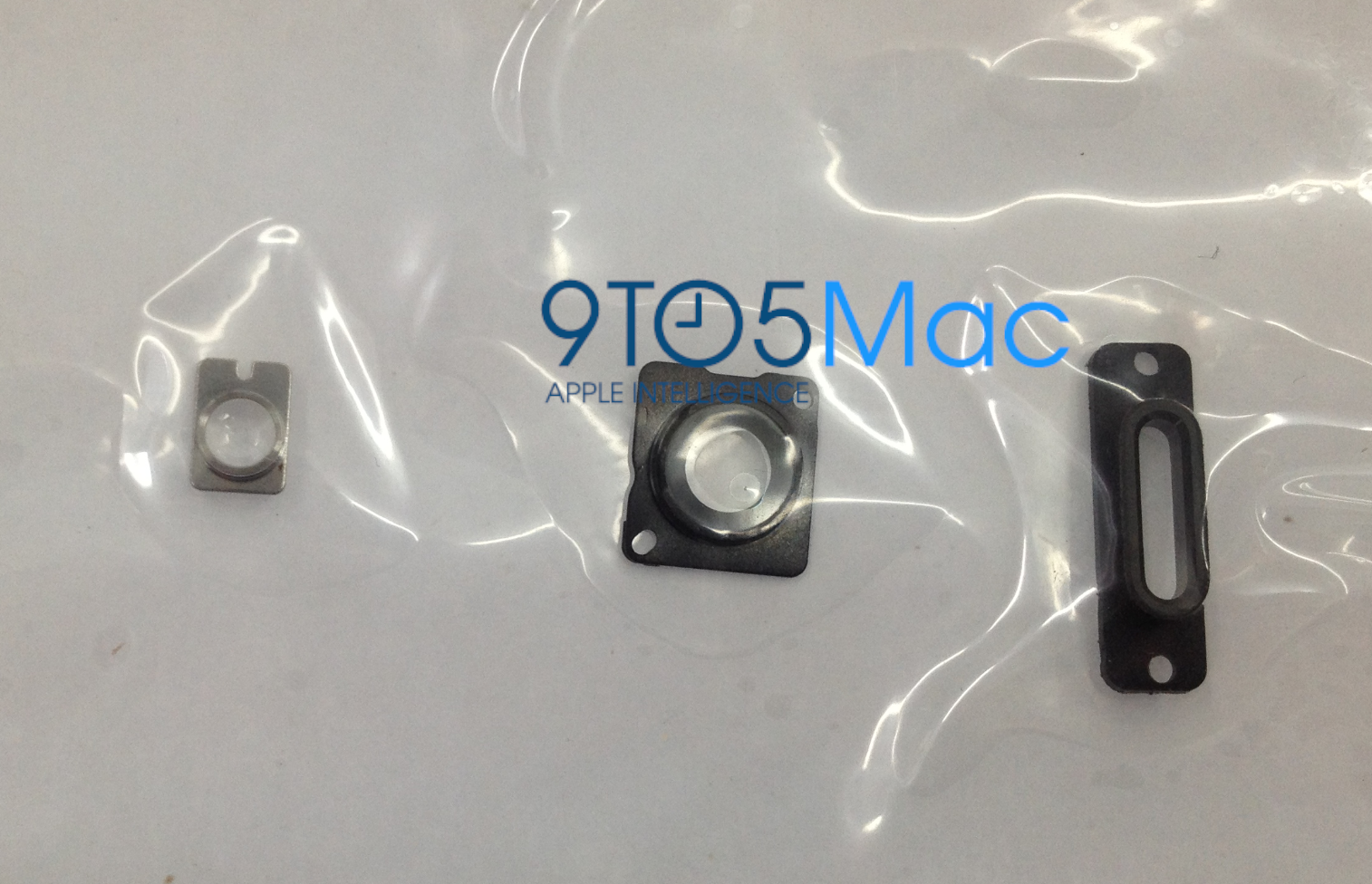 Update: The original source, Nowherelse, posted an update with new information regarding the leaked dock connector images claiming the connector has 16 pins, eight on each side, with eight likely being reserved for future uses:

We have obtained new information about this connector. We have indeed learned that it is not equipped with 8 to 16 pins but distinct functions or 8 on each side thereof to note that one of them would have no basis of record and would be for possible future use.

There has been a ton of alleged next-gen iPhone leaks in recent weeks including images of the device’s thinner, higher capacity 1440 mAh battery, SIM card tray, and other internal components. Today, we get a look at parts related to the smaller, redesigned dock connector, as well as what French site Nowherelse.fr claimed could possibly be the first images of the connector itself. In our own image above, we see an insert component for the new iPhone on the right showing the outline of the new iPhone’s dock connector. The unconfirmed images from Nowherelse below show what appears to be an 8-pin dock connector next to the USB end for context. We recently discovered possible references to a 9-pin dock connector in iOS 6, while previous reports claimed a 19-pin or 8-pin design was in the works. While our leak of the next-gen iPhone backs in May gave us a good look at the port for the redesigned dock connector, the pin layout for the connector itself is still unconfirmed.

Update: iFixit told MacRumors that the metal frame counts as its own pin even though there are eight gold pins. This adds up to nine pins, as we reported the other day based on iOS 6 source code, and this may mean these above photos are legitimate.

Also: We cannot help but notice that these connectors seem to have similar pins and size to MicroSD cards (image via).