Diagram of next iPhone’s internals puts leaked parts in context 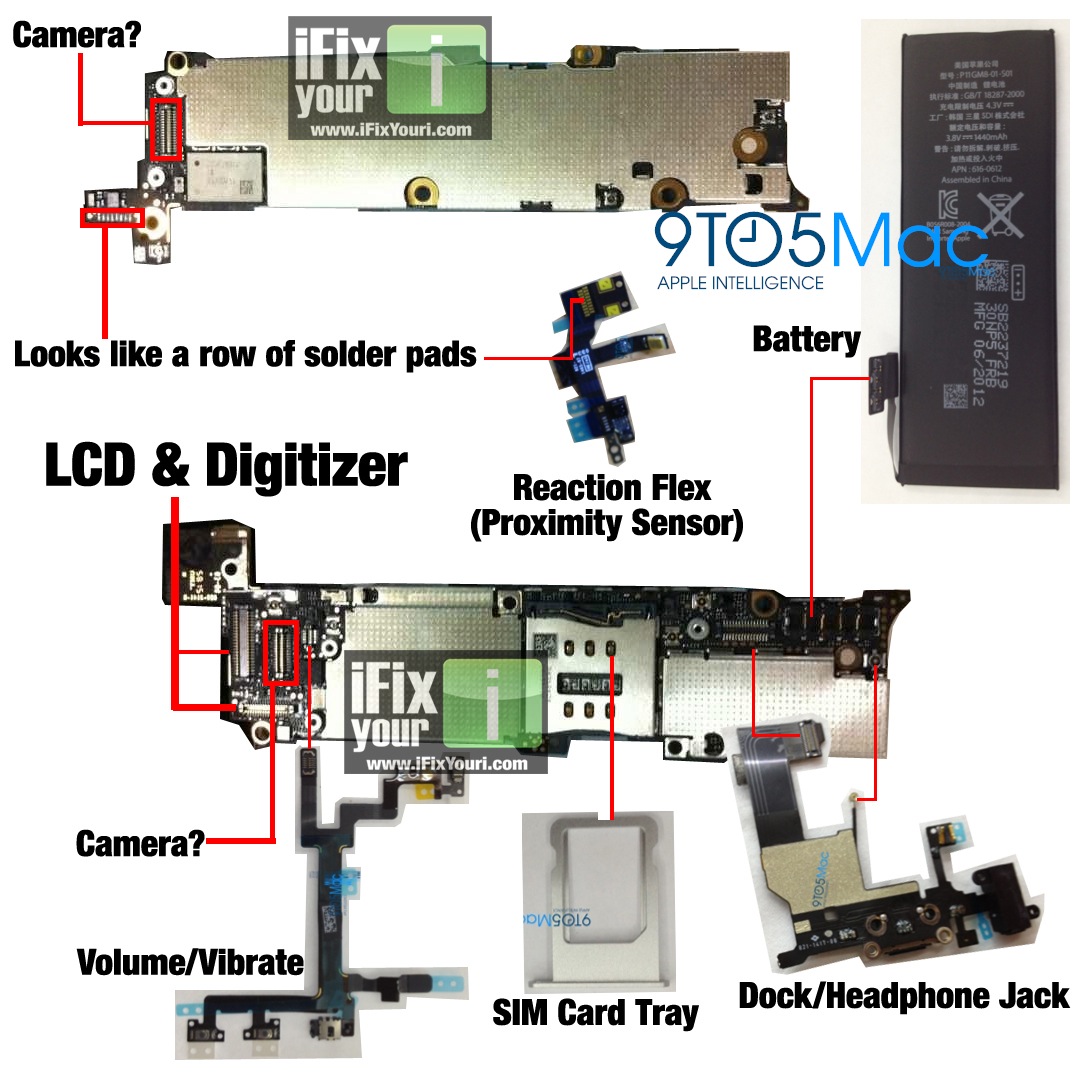 iFixYouri Professional iPhone Repair has put together a diagram (shown above) that puts many of the next-generation iPhone’s leaked parts into context. Earlier today, the purported motherboard for the next iPhone leaked out, and iFixYouri iPhone repair’s diagram shows where all of the leaked parts fit onto the motherboard.

One of the biggest points to note is that many of these leaked parts fitting together nicely on the motherboard (obviously, image size aside) probably means that these parts are legitimate.

Another thing to note is that the SIM card slot, while seemingly slightly smaller, appears to be more along the size of the current Micro-SIM-standard found in the iPhone 4 and iPhone 4S. The next iPhone has been rumored to include a smaller, nano-SIM standard, and parts pointing to this have already leaked out. Although we cannot be entirely sure what size the leaked motherboard points to (due to angle, size, and context of the imagery), it is worth nothing that we have seen leaks for the new iPhone that differ in their SIM-card slot sizes. This means that Apple has been testing components for both sizes. With the next-generation iPhone already in production, Apple’s decision for SIM size has obviously already been decided.

The next-generation iPhone is expected to be announced and released in September. A taller, four-inch display with a 640 x 1136 resolution, LTE, NFC, and an improved processor are rumored in addition to a thinner design.