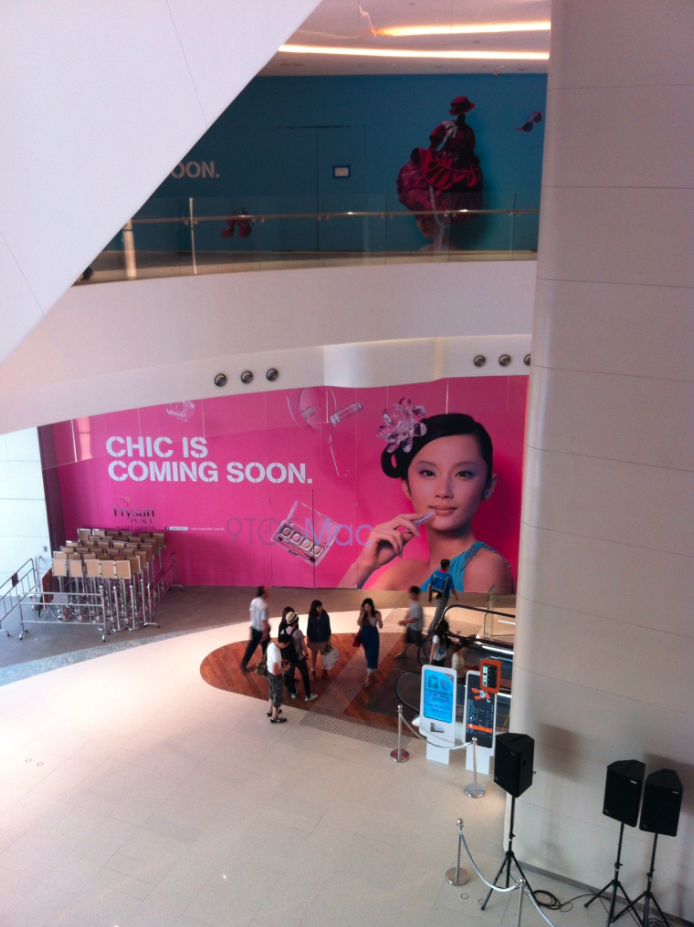 Apple’s first store in the heart of Hong Kong’s IFC opened to the public last fall. The store is massive, sporting a gigantic glass display that spans across six lanes of the street below and includes a giant staircase in the center of the store. Around the same time as the IFC launch, a second Apple Store located in Hong Kong was rumored to be in the works. We learned much more about the new flagship store today…

In all its secrecy, Apple looks to be masking the storefront with a fake store of some sort. The location is also blacked out on the store directory while other stores are not. With this location being the only vacant one in entire shopping complex, it looks to be the perfect spot. You will also notice the two-story design that would make for a very good-looking store that can handle a lot of traffic.

Several reports out of China already noted Hysan Place as the most likely spot for the second Apple Store. The complex is said to get more foot-traffic than the IFC center, which is just located 3.3 kilometers away (roughly 10 minutes according to Google Maps).

The release date for the new store is not clear, but it looks to be a month or two away from completion. Therefore, it might be open for the new iPhone launch.

In other China Apple Store news, Apple is said to open a store near Tiananmen Square. Yeah, we went there: 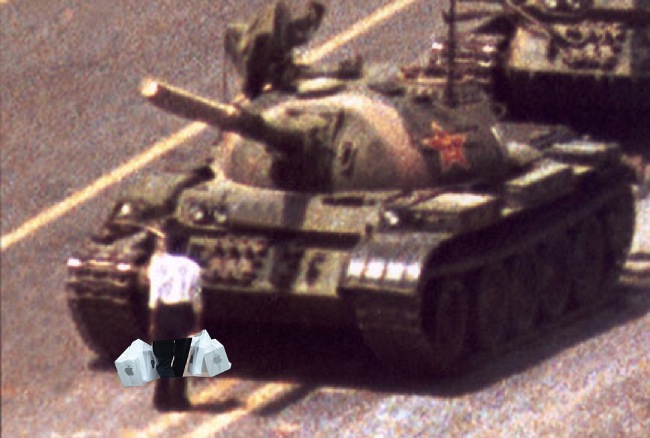