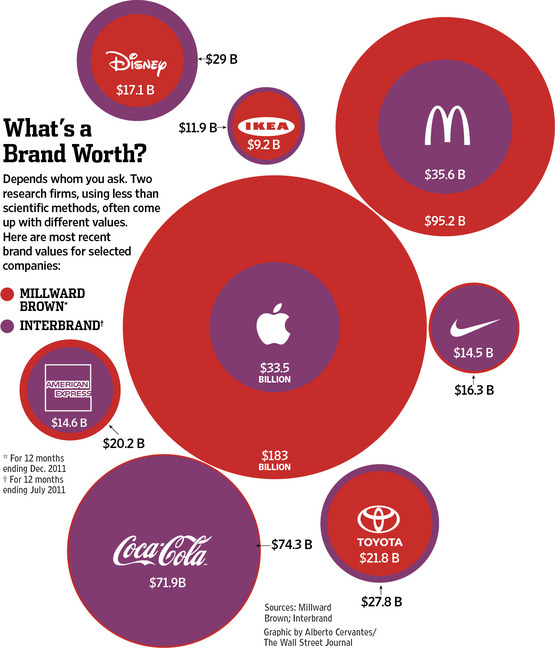 The Wall Street Journal today shows that the value of Apple’s brand varies greatly depending on who is taking the survey. Apple’s brand may be worth as much as $183 billion, according to an earlier Millward Brown study. The study’s results greatly vary from a separate Interbrand study, which valued the company at less than a fifth of that value and half of the value of Microsoft’s brand.

The most valuable brand in the world, according to WPP PLC’s Millward Brown, is Apple Inc., worth $183 billion—nearly a third of the company’s market capitalization of $581 billion.

Omnicom Group Inc.’s Interbrand, however, judges Apple’s brand as worth only $33.5 billion, or eighth, behind such names as MicrosoftCorp. (ranked third at $59 billion), International Business MachinesCorp. and Coca-Cola Co. (first at $71.9 billion). Interbrand notes its estimate of Apple’s brand value has risen.

Why such a big difference?

“The value of brand is both art and science,” says Allen Adamson, a managing director of Landor Associates, a branding firm owned by WPP. “It’s simple in theory but hard to pin down in reality. It’s really about how much would a consumer pay for a caramel colored soda versus how much they would pay for a Coke.”

If you think about PCs, how much would someone pay for a similarly spec’d Microsoft PC Ultrabook vs. a MacBook Air? Usually much less. The same goes for tablets—even though Apple’s prices and margins are smaller than phones or PCs. Apple’s reputation is what allows it to grab such huge margins in its hardware.

Yet, Interbrand ranks Microsoft at double of Apple’s brand. I would re-run the numbers if I were Interbrand. Millward Brown’s numbers are below: 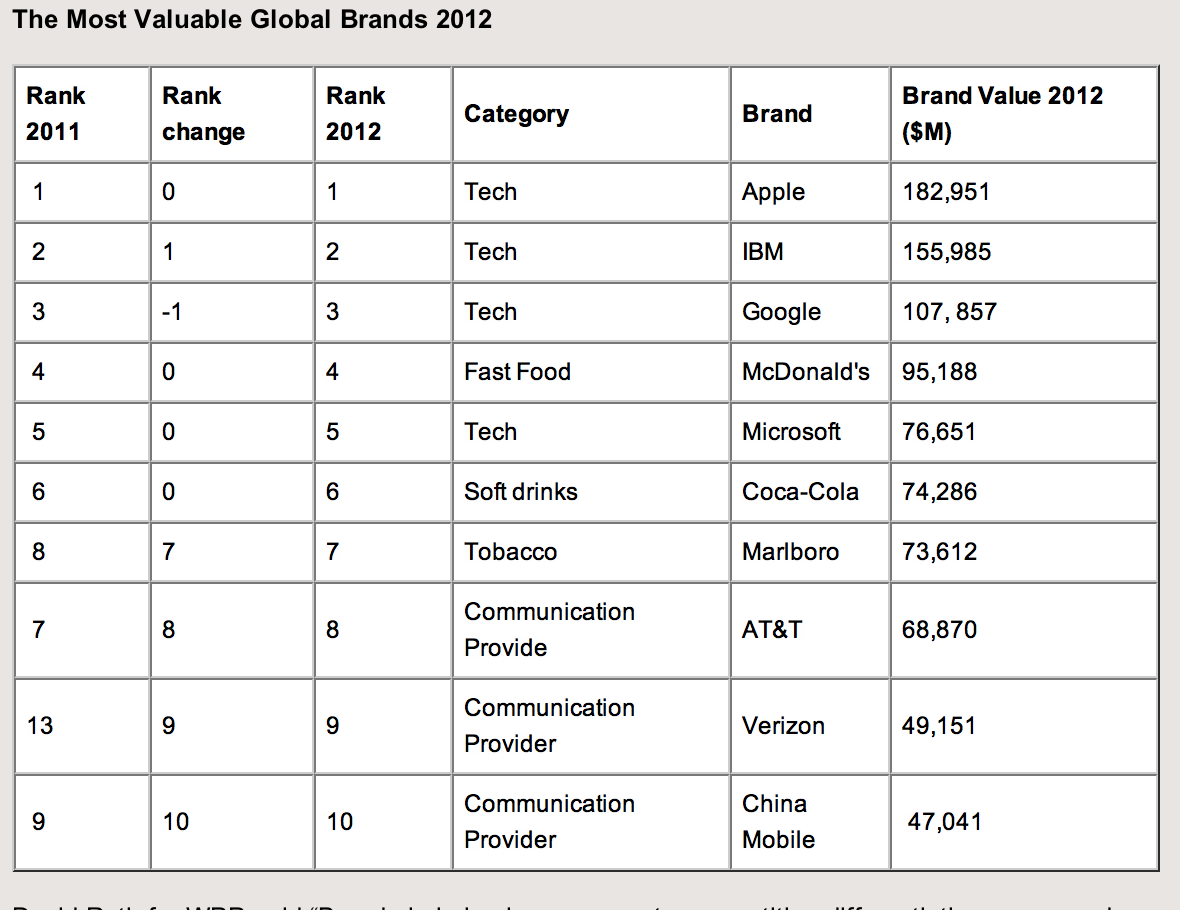