Human.io lets you create ‘micro-apps’ that interact with users 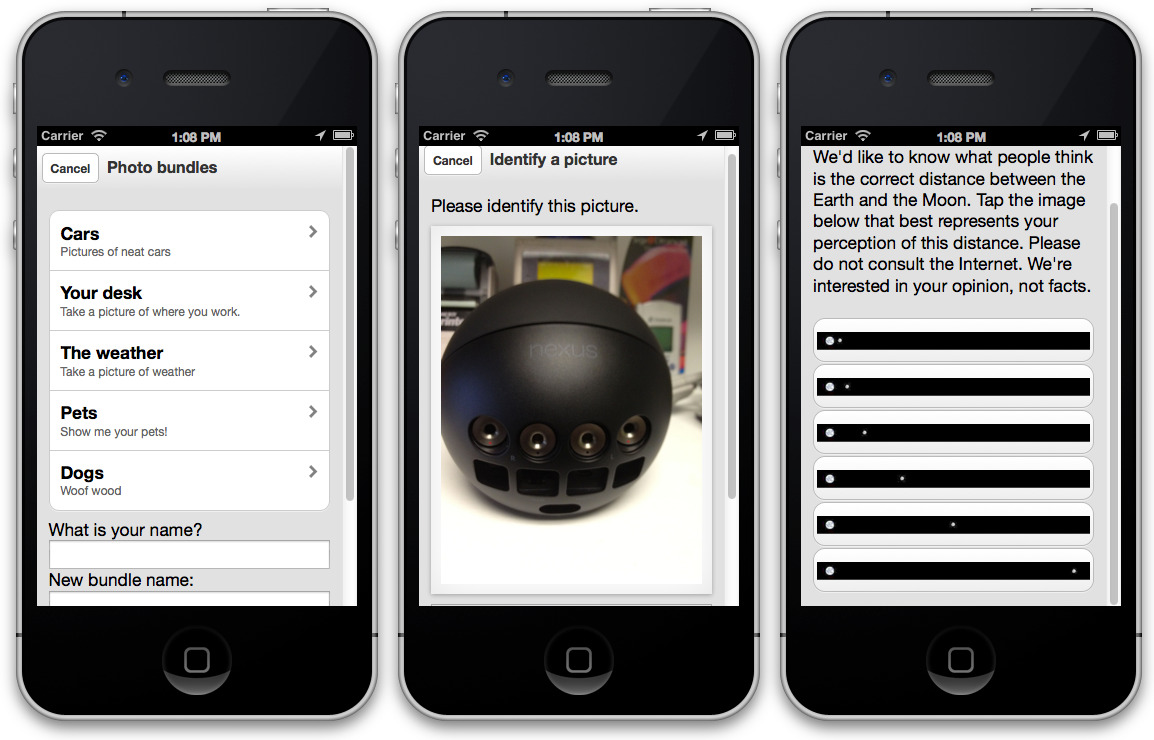 As highlighted by VentureBeat, an interesting new mobile application creation utility called Human.io has launched. The new service allows developers to create ‘micro-apps’ that are lightweight and heavily reliant on APIs that allow these smaller apps to integrate well with users.

Human.io presents some examples of what micro-apps can do with users:

Human.io notes that applications can be easily built with its framework because they provide much of the code and API information. Since these apps are mobile, the aforementioned interactivity is very useful due to mobile phone features such as GPS location access and a camera.

To provide some context for developers that might be interested in developing with Human.io’s system, the company provides the following example:

For instance, a simple activity that allows users to create and answer challenges for photos around a theme is around 100 lines of code.

Human.io provides a specific website for developers with instructions on how to get started. This website also gives developers some more examples and suggestions of what they could work on.

The platform is supported on both iOS and Android.