With Apple’s iPhone, iPad, and iPod focused media event quickly approaching for next month, the previously heavy rumors of an Apple TV set have seem to calm down. However, Patently Apple now covers a new patent that will surely once again stir up the rumor mill. Apple was recently granted patents that show Apple’s work in an Apple TV-device that connects to cable TV networks and allows for DVR-like show recording. 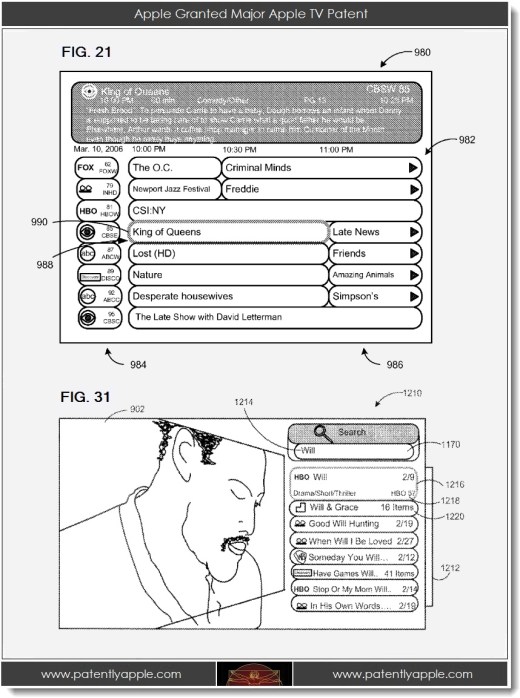 As you can see in the patent graphic above, Apple’s work on future Apple-TV devices includes the ability to be watching a video, then being able to click a button to review TV listings. Apple actually has patented the action to bring up the menu overlay:

While Apple may be able to connect a cable TV box to the current $99 Apple TV, it seems plausible that these patents were built with an actual TV set in mind.

Apple’s recently discovered patents also include a patent for a DVR-like feature. DVR systems were popularized by TiVo, and it is a feature that allows you to have pause, play, and record control over live TV. However, it seems like Apple presents this feature as geared toward the Apple TV set-top-box, not a general TV set.