European carriers again offering pre-order Tickets for the next iPhone 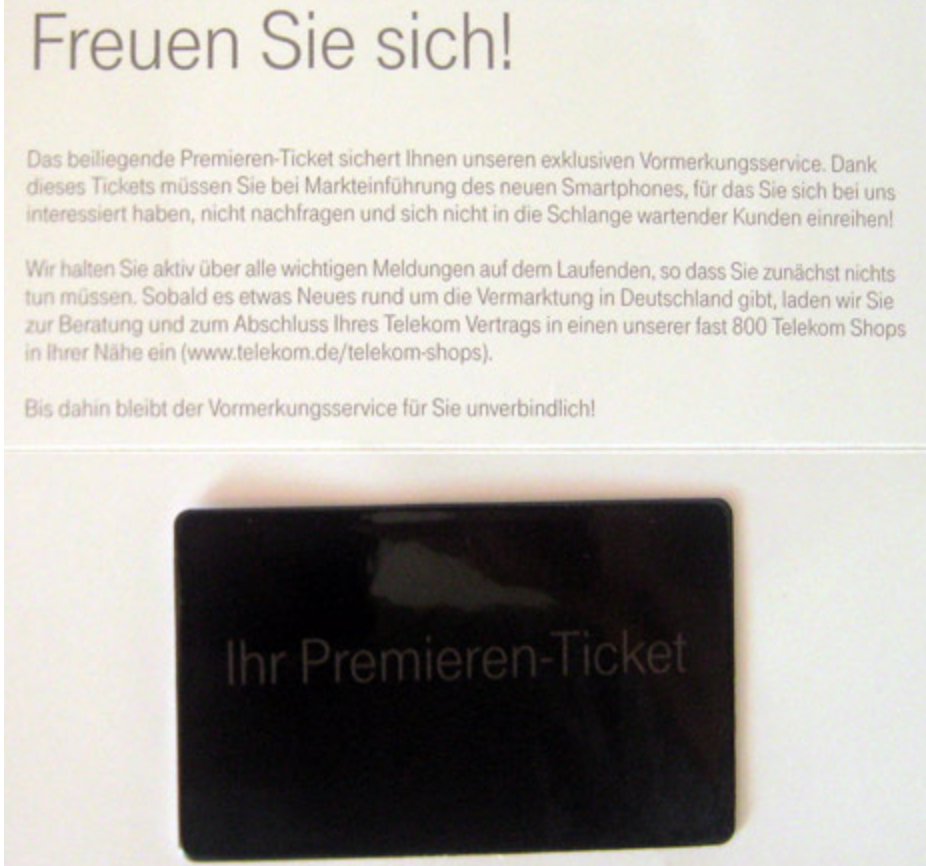 Much like in the weeks leading up to the iPhone 4S launch in early October 2011, European carriers are preparing for the expected Sept. 12 introduction of the new iPhone with pre-order tickets now available through various carriers. As noted by reports from German website iPhone-ticker.de, Deutsche Telekom will offer pre-order tickets to interested customers through its distribution partners starting today. The tickets will offer a first-come, first-serve basis for the new iPhone with express delivery of the device to ticket holders on the first available day. Carriers are clearly preparing for the launch of Apple’s next-gen iPhone. Not that we need additional verification, as the most recent reports once again confirm a Sept. 12 unveiling and add the device could actually be available for pre-order on the same day. Last year, Vodafone and other carriers quickly followed Deutsche Telekom by offering iPhone pre-order tickets.