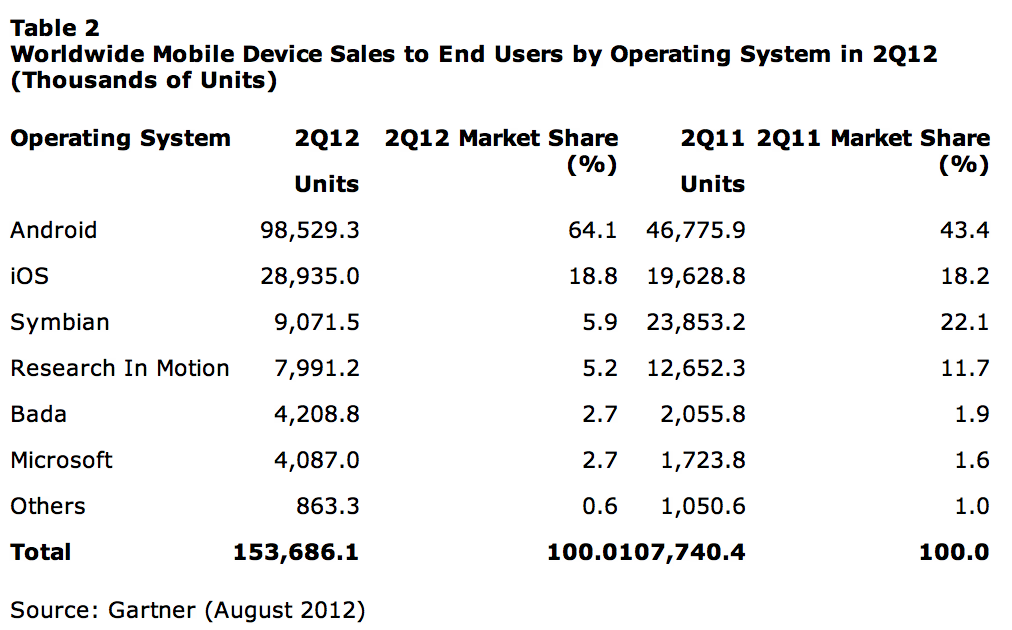 As wait for the next-generation iPhone launch continues, Gartner is out with new numbers this morning that portray the wait’s effect on worldwide smartphone sales. According to the research firm, global smartphone sales fell 2.3-percent in Q2 from the last quarter. Gartner attributed the wait for the “iPhone 5” as a large reason for the slump in sales.

High-profile smartphone launches from key manufacturers such as the anticipated Apple iPhone 5, along with Chinese manufacturers pushing 3G and preparing for major device launches in the second half of 2012, will drive the smartphone market upward. However, feature phones will continue to see pressure.

With smartphone sales up more than 49 percent year-over-year, total global device sales reached 419 million units during the quarter. Samsung continued its lead in worldwide mobile device sales with a 21.6-percent market share, with help of its new Galaxy S III that launched during the quarter. Nokia followed with 19.9-percent and Apple at 6.9-percent. Android also continued its commanding lead in OS share by taking 64.1-percent of the market, followed by iOS’s 18.8-percent, which means the ‘big two’ are now in control of 83 percent of the smartphone market.

At any rate, there is not much more waiting. Check out the manufacturer market share below: [Gartner] 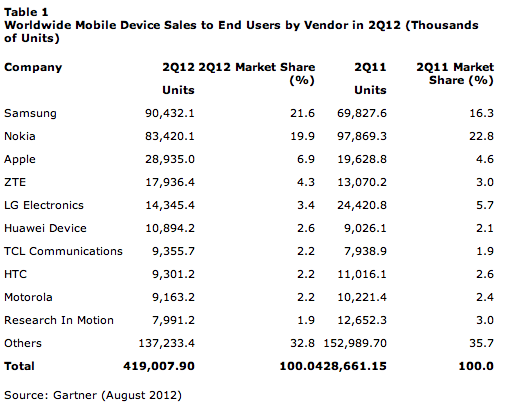