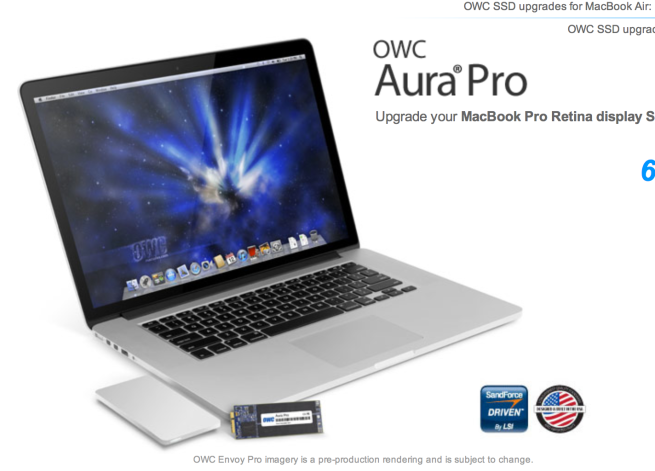 Today, Other World Computing announced the first non-factory-installed SSD upgrade for the MacBook Pro with Retina display. The upgrade, called the Aura Pro, is designed for those who purchased the standard, 256GB SSD model and want to upgrade for more storage capacity.

OWC’s upgrade consists of a 480GB drive for $579.The drives begin shipping in one week. OWC includes all of the necessary installation tools.

While Apple also offers a 512GB model of its own for around the same price as OWC’s 480GB upgrade, OWC says that Apple’s included drives reach 461MB per second read speeds, while OWC’s reach 500MB per second.