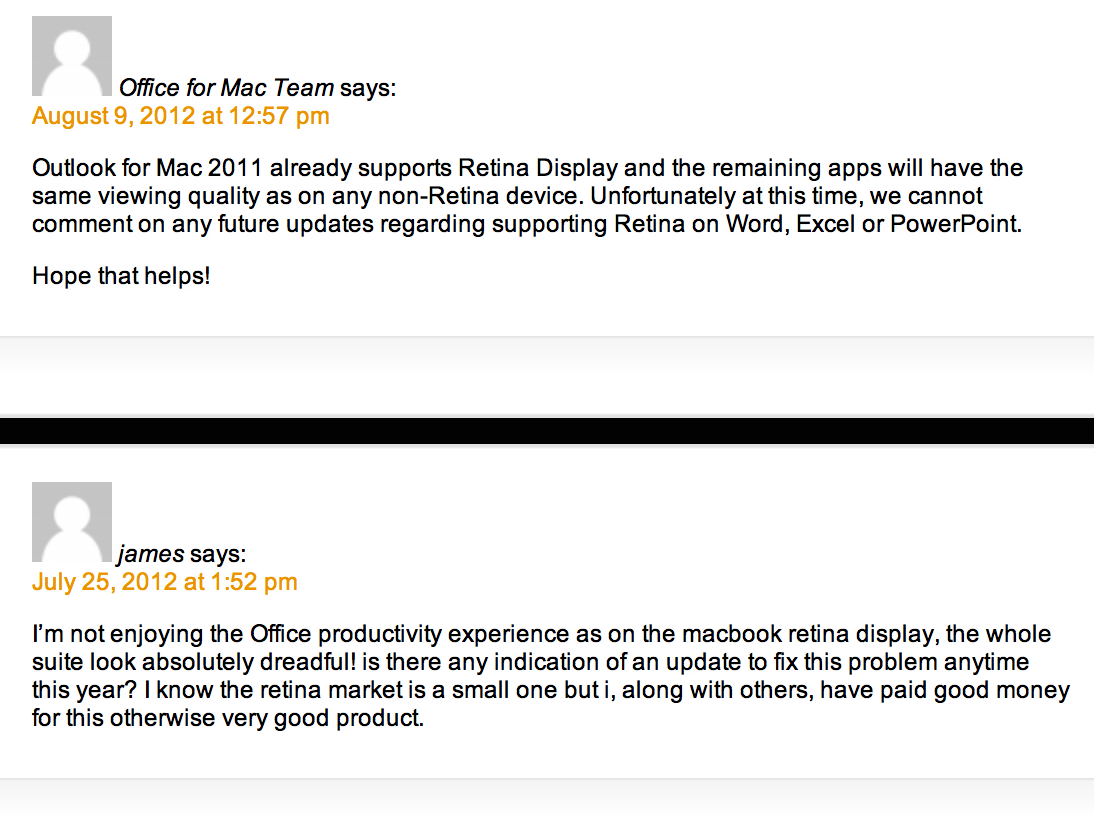 When Microsoft updated Office 2011 for Mac for Mountain Lion late last month, Retina display users quickly noticed Outlook was the only app to receive updated Retina graphics. One user described the remaining Office apps as “very blurry and tough on the eyes” on the new Retina MacBook Pro. Unfortunately, it does not look like Microsoft plans a fix anytime soon. A response from the Office for Mac Team explained Word, Excel, and PowerPoint would continue to run in the same resolution as on non-Retina Macs:

Outlook for Mac 2011 already supports Retina Display and the remaining apps will have the same viewing quality as on any non-Retina device. Unfortunately at this time, we cannot comment on any future updates regarding supporting Retina on Word, Excel or PowerPoint… Hope that helps!