Apple: Rumors of retail cuts were misleading, changes are being reversed

Update: The full Dow Jones article is now available (here). According to the story, which cites communication between Apple’s new Senior Vice President of Retail John Browett and the company’s retail store teams, Apple was testing a new retail formula:

In a communication with store leadership teams, senior vice president of retail, John Browett, who took the reins of Apple’s retail stores in April, said that the company had been trying a new staffing formula for its retail stores, leading some employees to see their hourly shifts cut and retail locations to be understaffed. This happened for a few weeks before the company decided to revert to its older system, hoping to rectify the problem…He instructed leadership teams to tell employees, “We messed up,” according to two people who were aware of the communication, which also stressed that while shift schedules were affected, no one was laid off. He also wanted employees to know that it was hiring new staff, these people said. 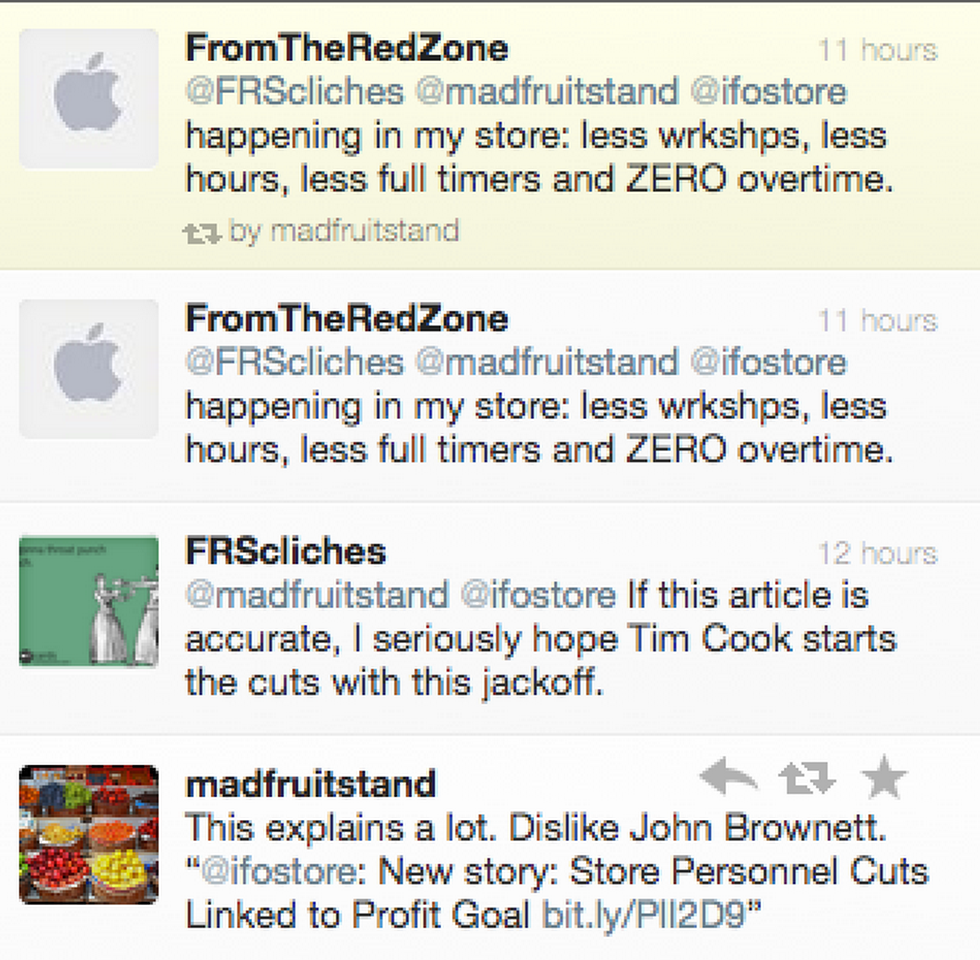 With several reports in recent weeks claiming Apple is cutting hours and increasing layoffs of recently hired staff in some of its retail stores, today Dow Jones reported that Apple is claiming the stories are “misleading” and stores continue to hire new employees. As highlighted in the tweets above, many reports speculated Apple’s new retail SVP was possibly the source of the changes, which according to reports, included fewer workshops, no overtime, fewer hours for full-timers, and even cuts of recently trained employees. In today’s upcoming report from Dow Jones, Apple confirmed, “retail staff changes were a mistake and staffing changes are being reversed.”

Cory Moll, the leader of the Apple Retail Workers Union, created the video above sharing his thoughts on the situation.

The story is now available online. (via BusinessInsider):

We will update with the full details when the story hits.