We reported last week that a German parts catalog ran out of current-model iPod nanos from Apple and told its customers to wait for refreshed models in late September. That is, of course, the rumored time frame of Apple’s next iPhone announcement and launch.

iPod nanos are more than overdue for a refresh and we are thinking —with Apple moving away from its 30-pin dock connector— that is at least one bit that needs an update. Other rumors pointed to Bluetooth connectivity, as it could extend the usefulness of the iPod nano greatly and make a more interesting iWatch-type product.

Amazon is out of stock for about half of its iPod nano models:

While Best Buy is a hit-or-miss for online deliveries, iPad nanos that are not available for delivery are still available in some stores (but are very spotty for the most part)… 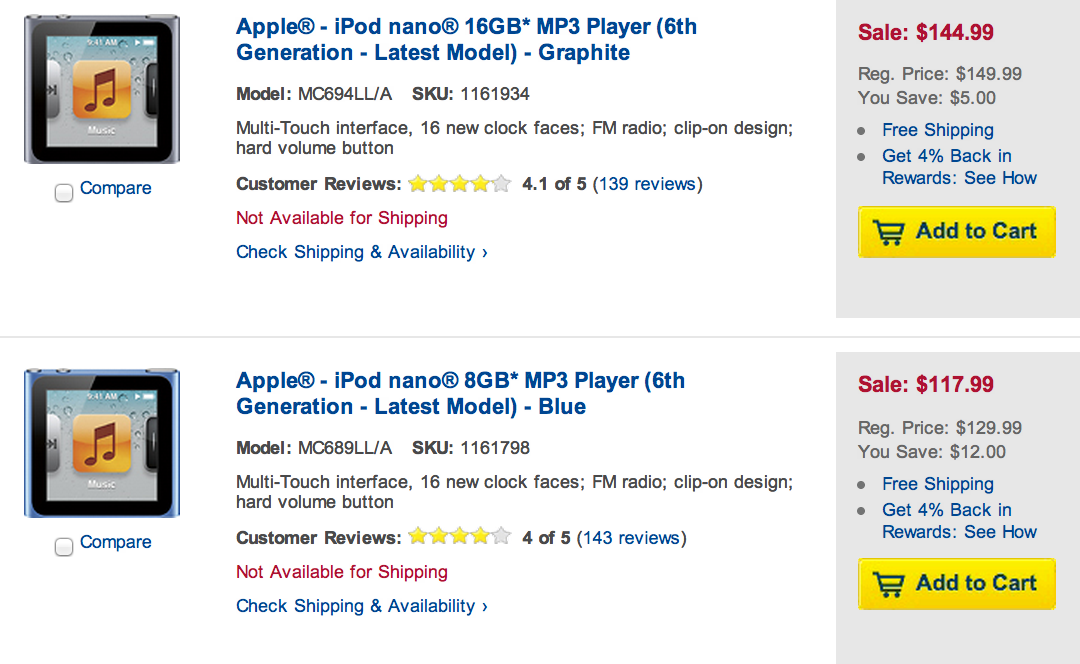 Walmart only offers a few models in stock, and it is noticeably missing the orange 8GB version.

Target is also out of stock for half of its iPod nanos: 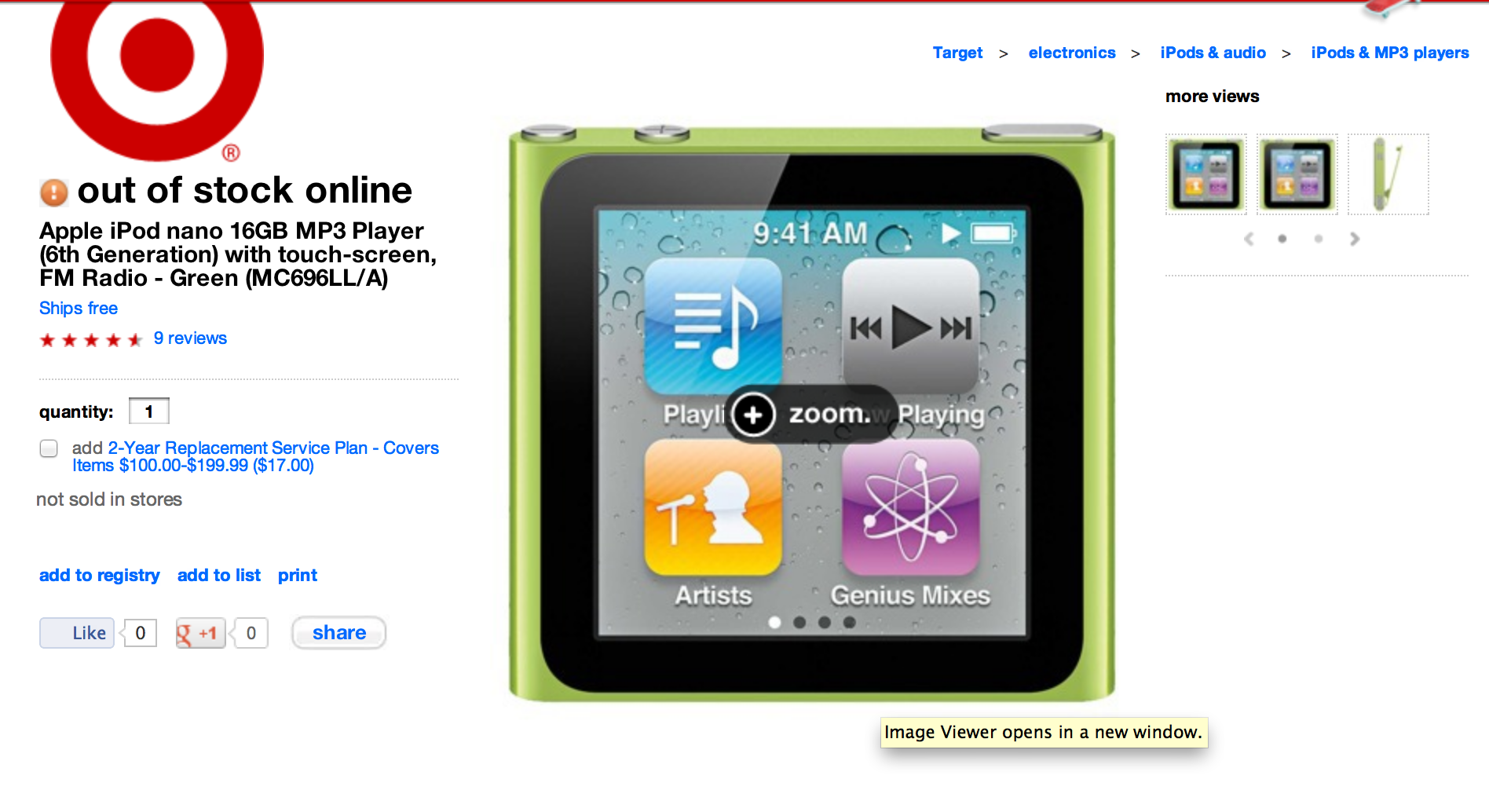 As frequent tipster Doug Morton noted, nano shortages are not limited to the U.S.:

Not all stores are seeing shortages, however. The Apple Store is fully stocked and B&H Photo told us it has a few on hand: