Tim Cook to pow-wow with Samsung counterpart today about suit (Update: No Dice) 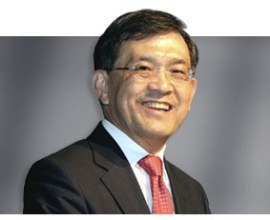 Update: Shockingly, they yet again didn’t come to an agreement.

Bloomberg reports today that Apple CEO Tim Cook and Samsung CEO Kwon Oh Hyun will have a phone discussion today ahead of jury deliberations set to begin this week. Previous talks, both before the trial and over the weekend, did not yield any results, but Judge Lucy Koh is said to be “pathologically optimistic.”

Samsung’s new CEO has a strong relationship with Cook from his previous role in Samsung’s components business that oversees chips and display, where he undoubtedly worked hand-in-hand with then-COO Cook on securing parts for Apple’s iOS devices (for which Samsung is still the largest supplier).

The South Korean group named Kwon Oh-hyun as its new CEO [in June]. Currently head of Samsung’s components business, which oversees chips and display, Kwon cemented Samsung’s position in memory chips, where it has almost 50 percent global market share, and expanded into non-memory, or logic chips, which now account for 40 percent of Samsung’s overall semiconductor revenue… Under Kwon, Samsung became the sole supplier of the mobile processors that power Apple’s iPhone and iPad – rival products to Samsung’s own Galaxy and Note. The 59-year-old former engineer, who studied electrical engineering at Seoul National University and Stanford, has also led a restructuring of Samsung’s LCD flat-screen business.

Cook became CEO of Apple a year ago this week when Apple’s cofounder, Steve Jobs, resigned due to an illness that would ultimately take his life.