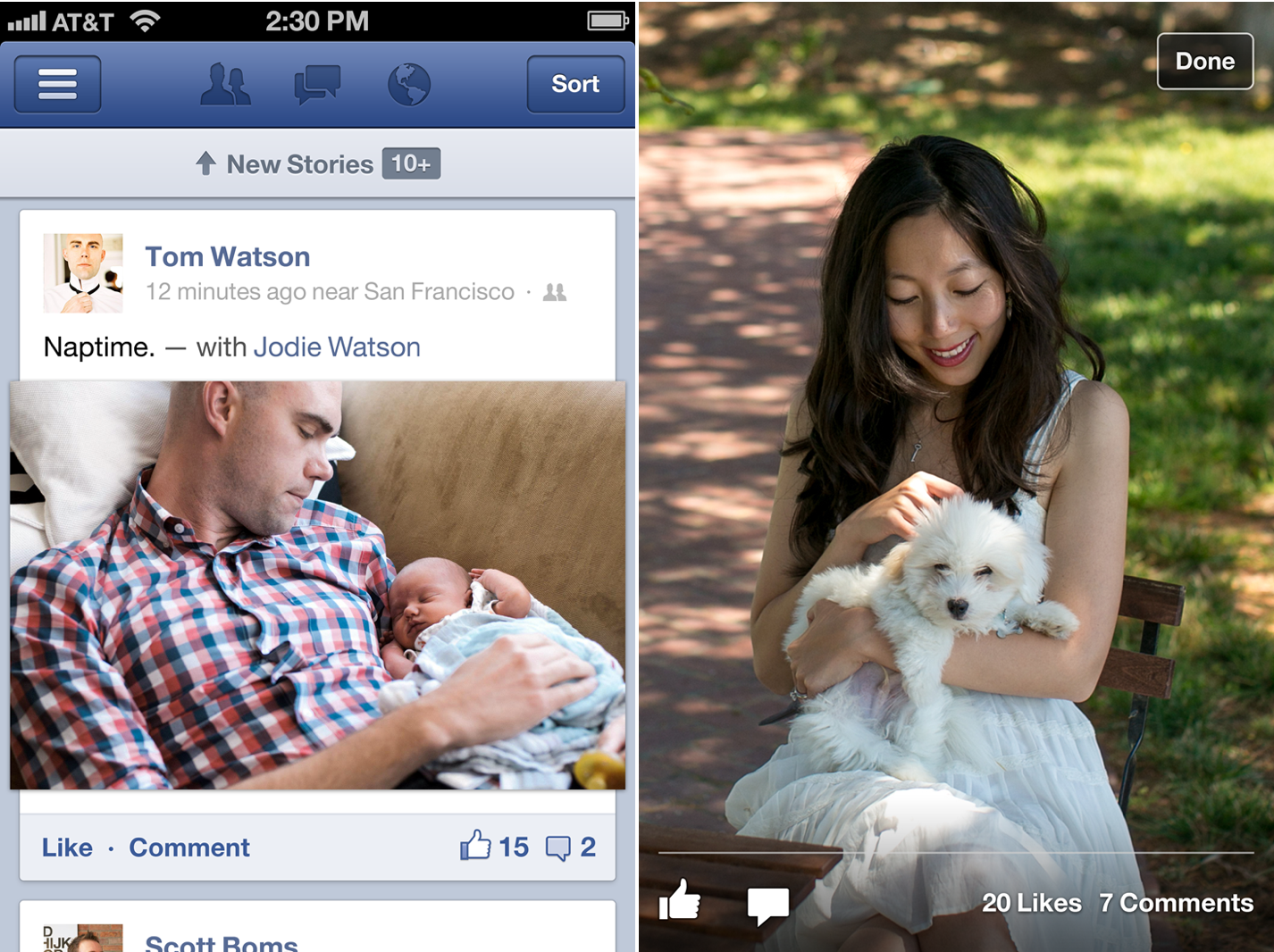 Facebook has announced that it has finally rebuilt its iPhone, iPad, and iPod touch app for speed. Facebook’s previous iOS apps displayed and loaded all content view customized embedded mobile sites, but this new update is completely reengineered using native tools. Facebook says that the new update runs twice as fast as previous versions of Facebook for iOS.

Today we’re announcing an update to the Facebook app for iPhone and iPad that makes keeping up with friends faster and easier. Facebook 5.0 for iOS is twice as fast as the previous version when launching the app, scrolling through news feed and opening photos in feed.

We’ve rebuilt the app from the ground up, so now the app opens much faster and your news feed and notifications load right when you open Facebook.

As you scroll down your news feed, all your friends’ stories appear faster than ever. A banner lets you know when new stories come in, and you can tap once to immediately see the latest updates.

Tap on any photo and it opens right away. Pull down to close it with a single swipe.

Facebook says that the most notable speed increases come when you launch the app, when you scroll your newsfeed, and when loading up photos. In fact, Facebook says that photos load “instantly.” The new app also includes an in-app banner notification for when new information loads into your news-feed while you are reading through your feed. The update is now available as a free update as version 5.0.

@9to5mac Tested all from posting status to photo to check in and even viewing groups and photos.It is really faster a lot than before