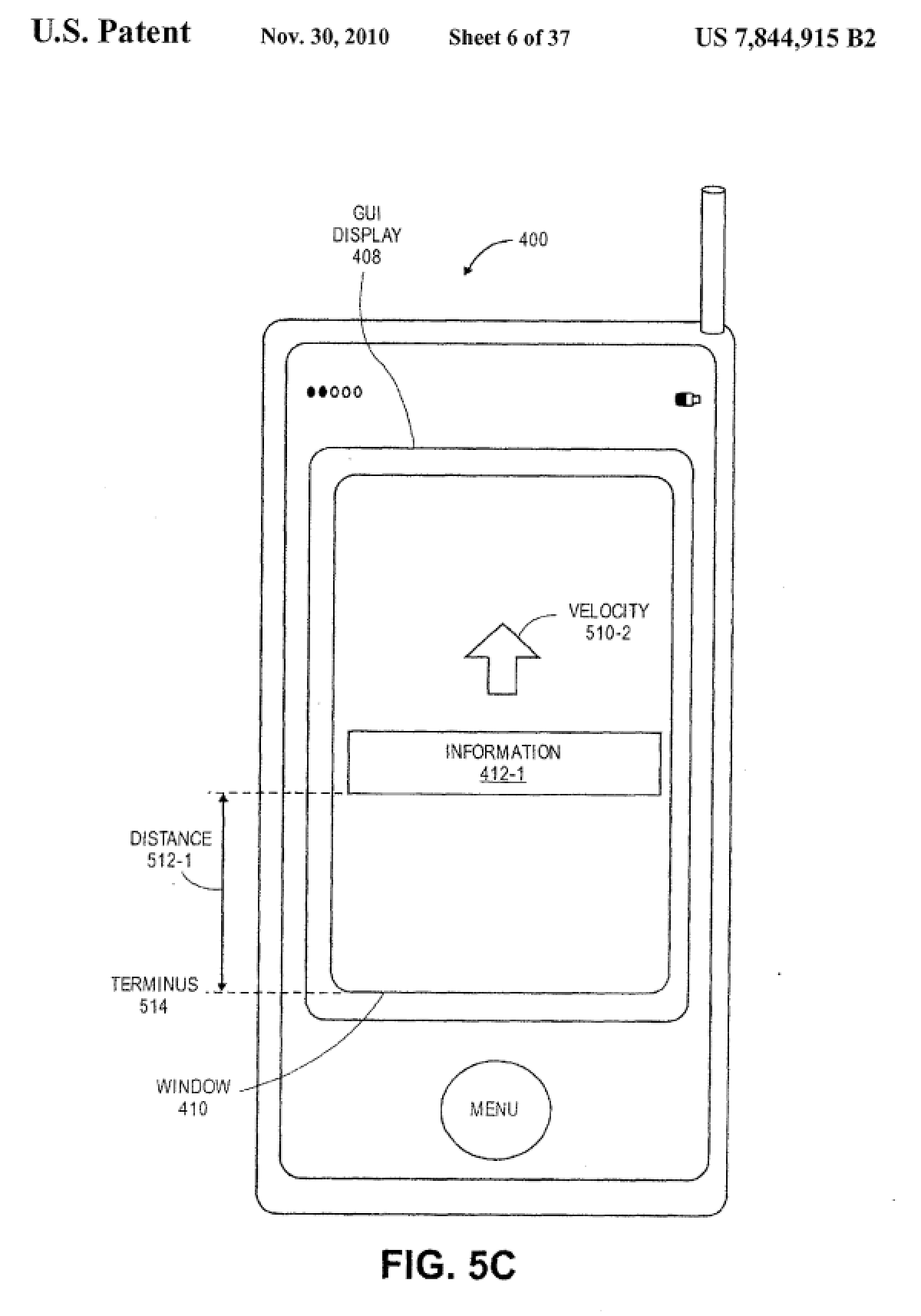 Google is implying this evening that the core Android OS was not part of the problem with Samsung’s big patent loss last week. The Verge noted Google’s official statement:

The court of appeals will review both infringement and the validity of the patent claims. Most of these don’t relate to the core Android operating system, and several are being re-examined by the US Patent Office. The mobile industry is moving fast and all players — including newcomers — are building upon ideas that have been around for decades. We work with our partners to give consumers innovative and affordable products, and we don’t want anything to limit that.

Can this really be the case when the “pure Google” Nexus S was hit with two patents: the ‘381 inertial scrolling and rubber band effect’ patent and Patent 915 (right), which covers “programming interface for responding to finger scrolls and gestures” (a pretty far reaching one). They are not hardware patents or issues due to “rectangles” or any other manufacturing claims. These are software patents and there is no Samsung in pure Android software.

To be clear, Nexus devices are Google devices manufactured by Samsung (or HTC or Acer) and loaded with the “Pure Google Android OS” without any Samsung Touchwiz overlay or carrier software.

What does this mean for Mountain View and its partners? Well, it can’t be good if the core Android OS has been found to infringe on Apple’s patents.