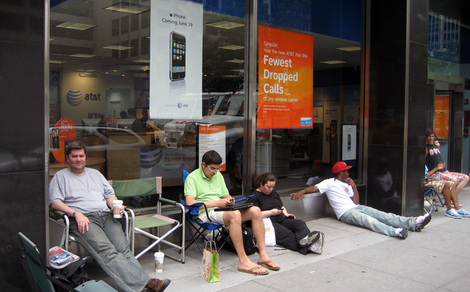 Reports emerged over the weekend about AT&T forcing its employees into a Sept. 21 to Sept. 30 “Vacation Blackout”.

According to an AT&T sales rep, AT&T staff has been given a vacation blackout from September 21 to September 30, just like Verizon employees. Our source also mentioned that blue carrier employees are undergoing training for an “iconic release.”

“Not true!” we’ve heard. We reached out to AT&T to see what it had to say regarding the above. An AT&T spokesperson told us this morning that there is no company-wide vacation blackout for the end of September.

We also talked to AT&T reps at other stores who implied more people are being put on duty, depending on staffing levels of that particular store, but there is no “blackout.” One New York employee will even sit out the first week of the iPhone launch due to a long-planned vacation.

TechCrunch sourced one rep from a single AT&T store, which may have its own little under-staffed blackout, but, as we heard, the policy is not nationwide.