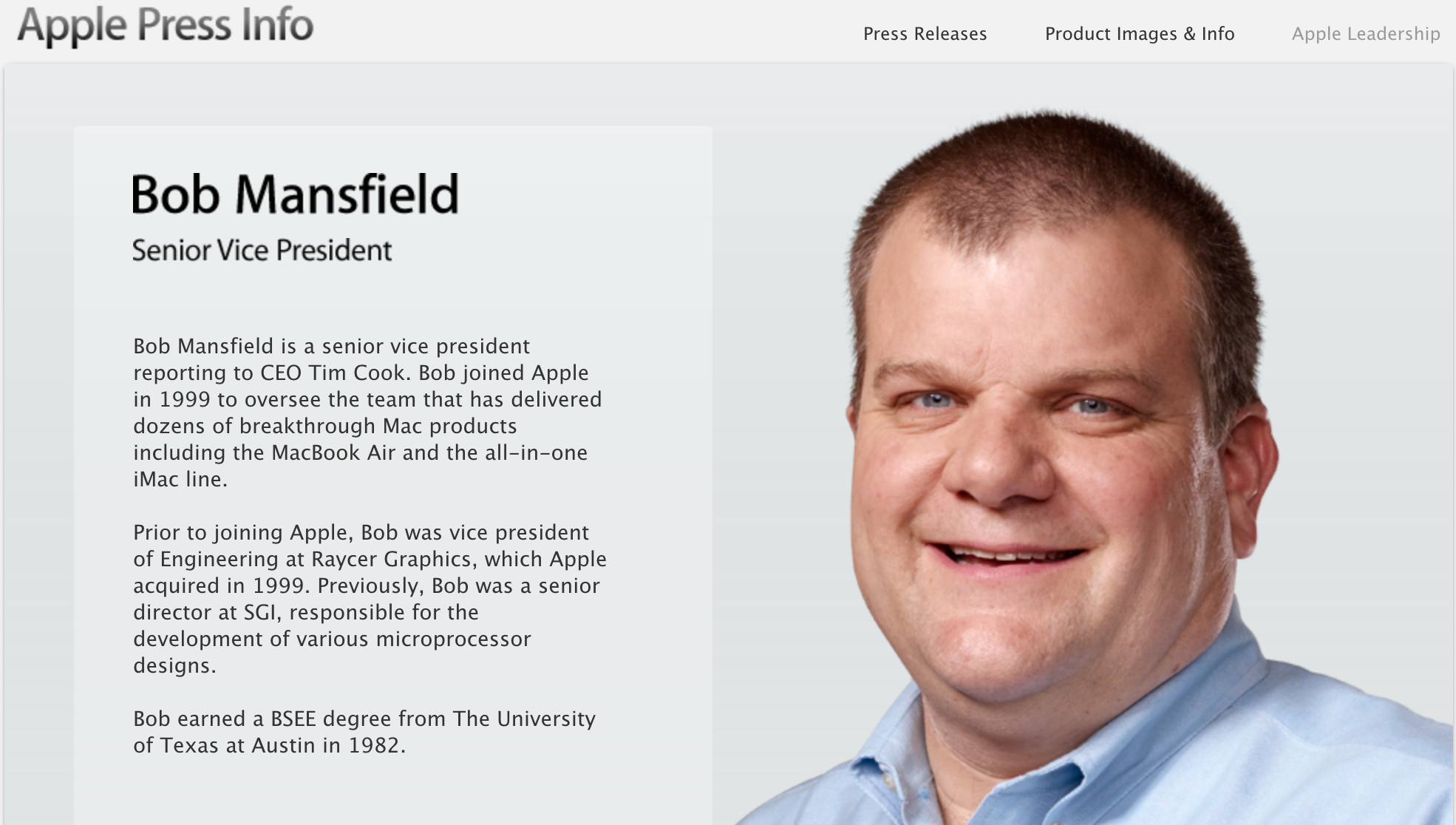 However, today, Apple has updated its Executive Profiles webpage to note that Mansfield is still a Senior Vice President, but not of Hardware Engineering. He, unlike every other member of Apple’s executive team, is simply noted as an SVP, but not of any specific division within Apple. 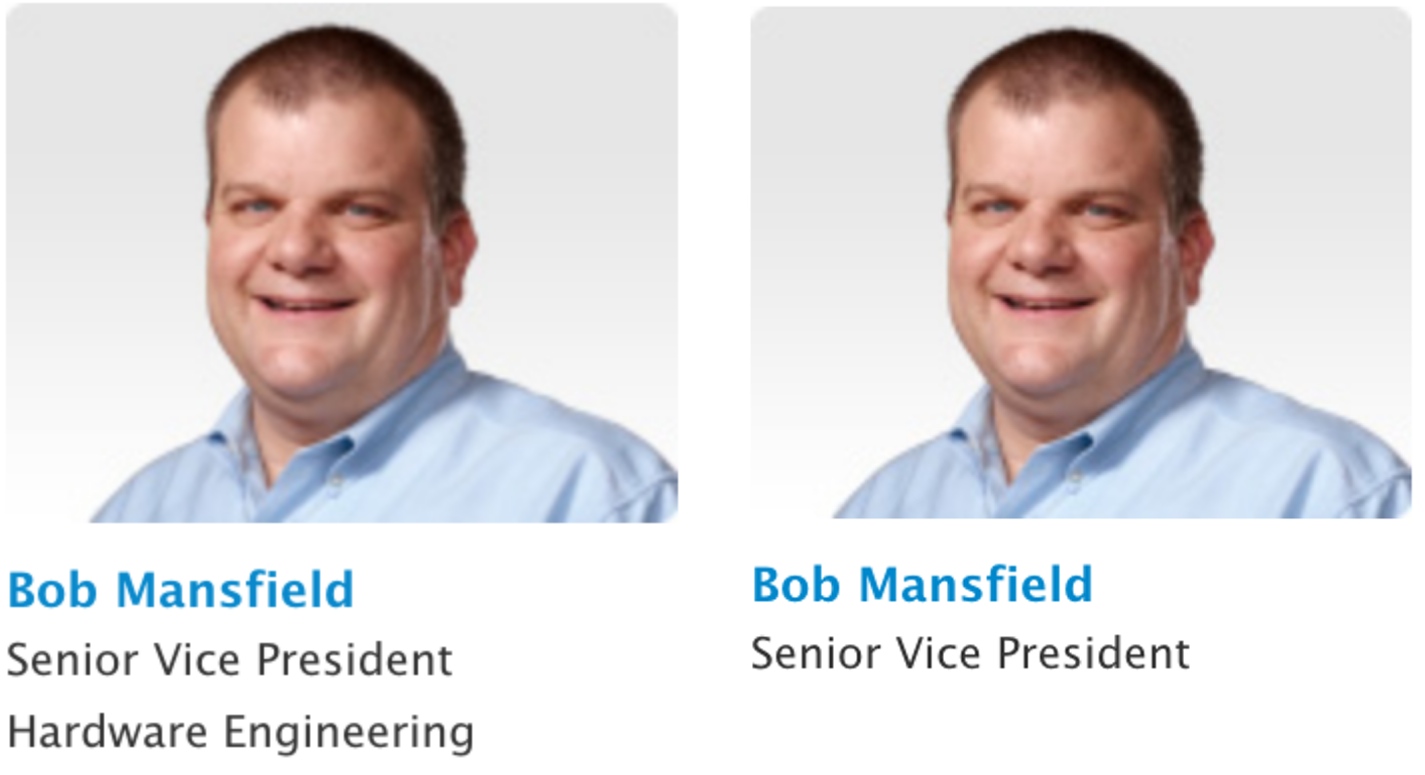 There’s been some speculation that Apple CEO Tim Cook wanted to keep Mansfield on Apple’s payroll rather than let a competitor hire the longtime Apple hardware leader as a consultant in his “retirement”. The amount of knowledge of the inner-workings of Apple’s magical hardware building process that Mansfield had would be a goldmine to competitors like Samsung or HP among others.

Recent Apple Mac OSX head Bertrand Serlet recently joined Parallel’s board after “retiring”, though that move probably didn’t ruffle too many feathers at Apple. Parallels makes the most popular OS virtualization software for Mac, including a recent update, and is considered ally to Apple as far as we know.

Mansfield’s bio was tweaked to say:

Bob Mansfield is a senior vice president reporting to CEO Tim Cook. Bob joined Apple in 1999 to oversee the team that has delivered dozens of breakthrough Mac products including the MacBook Air and the all-in-one iMac line.

It used to say:

Bob Mansfield is senior vice president of Hardware Engineering, reporting to the CEO. Mansfield joined Apple in 1999 and oversees the team that has delivered dozens of breakthrough Mac products including the MacBook Air and the all-in-one iMac line.

Also notable is that the new bio page notes that Mansfield joined Apple to oversee hardware teams, but makes the point that he no longer does. While Mansfield still remains on Apple’s leadership team as a Senior Vice President, it appears that the management of Apple’s Hardware Engineering division is solely in Dan Riccio’s hands.

This, tied with Apple’s mysterious “working on future products” note, will surely lead to even more speculation regarding Mansfield’s future work at Apple.