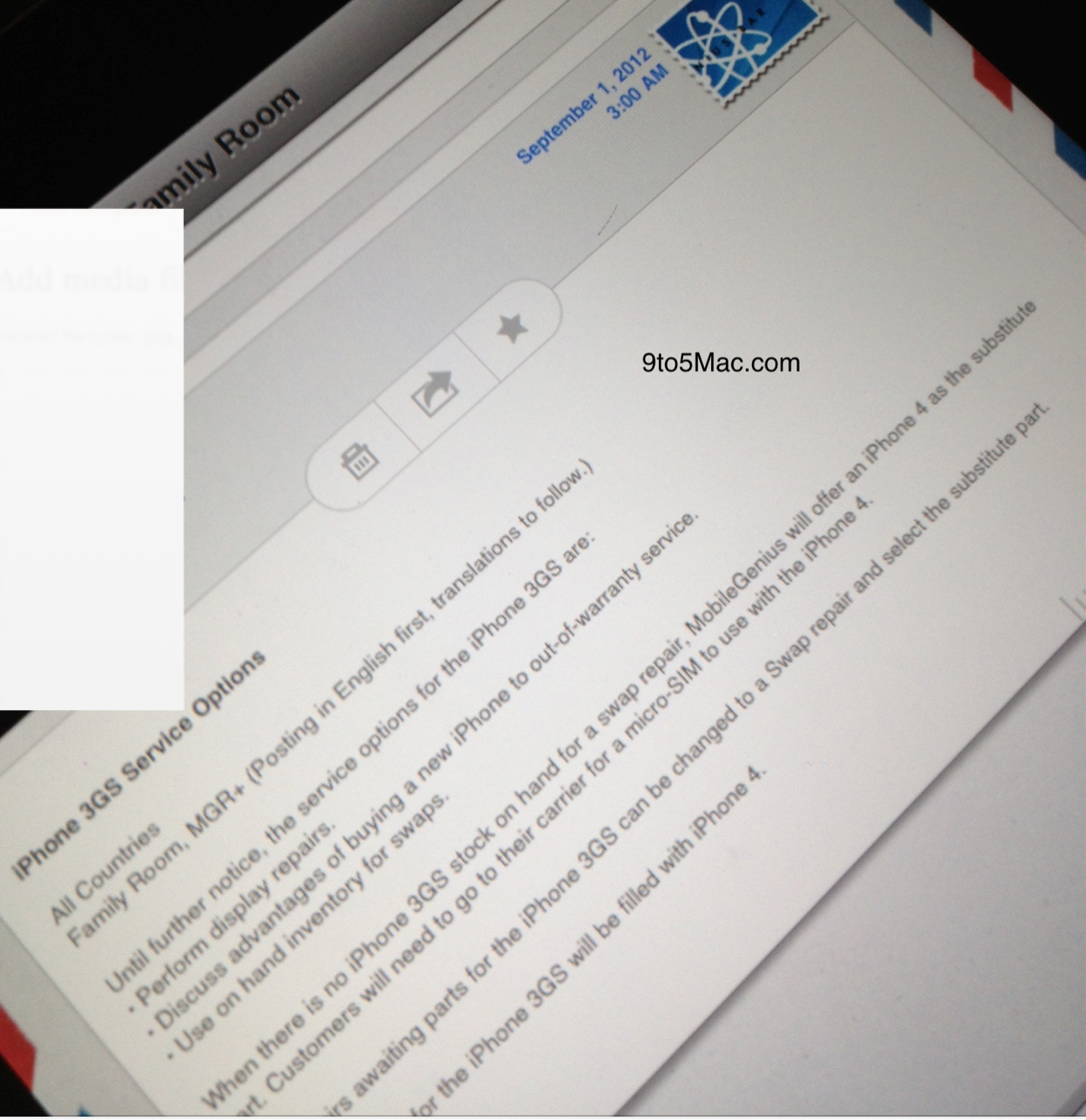 Ahead of Apple’s likely September 12th iPhone-related media event, Apple has warned its retail store Genius Bars of low iPhone 3GS stock. According to a note sent to Genius Bar employees worldwide, “until further notice,” Genius Bars should perform the following for iPhone 3GSs: screen repairs, discuss the advantages of buying a new iPhone, and lastly, swapping out the full iPhone 3GS hardware.

The process of a screen repair or buying a new iPhone altogether conserves the limited amount of iPhone 3GS replacement units in Apple’s current global inventory.

With supplies of the iPhone 3GS so low, Apple even tells employees to swap out affected 3GSs with an iPhone 4 replacement unit. That is if the particular store is completely out of the 3GSs. Current Editorials previously noted signs of iPhone 3GS shortages at Apple Stores.

Even with these apparently heavy 3GS supply constraints, it is still difficult to determine if the 3GS will be discontinued when the new iPhone launches.