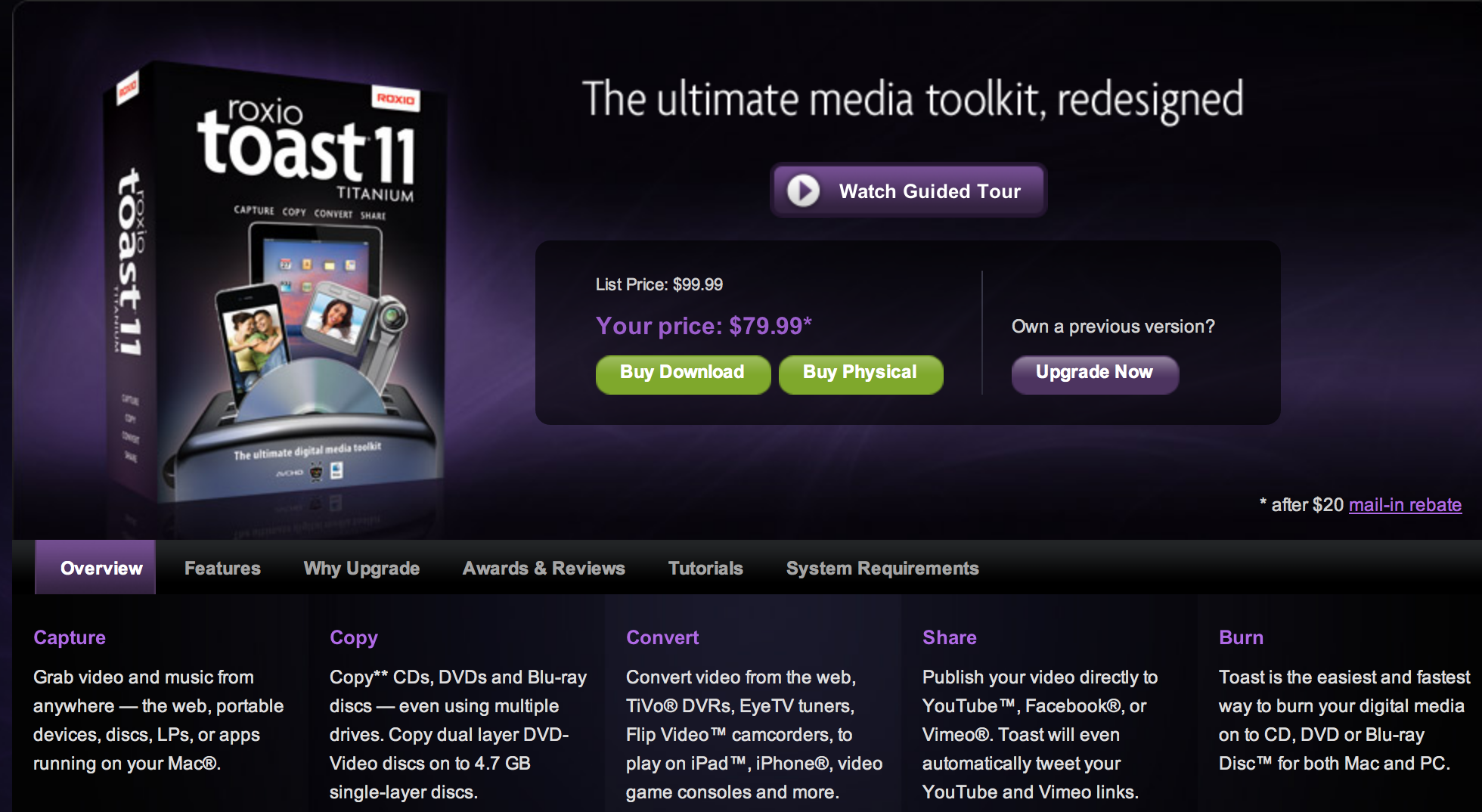 Update: Commenters pointed out the update is not going well…so proceed with caution.

As Roxio’s Toast moves from burning DVDs and BluRays to a “media toolkit” that allows easy social sharing and converting of audio/video (as well as burning/archiving), it is also getting updated with new Macintosh features. Today, Roxio’s Optical media burning software goes to 11.1 and adds the following updates: