We had the opportunity to spend a lot of time with Sharp today at its IGZO display booth. While they would not say which Apple products would incorporate their new displays, they did seem to insinuate these were the best displays on the market, and Apple is the type of company that uses the best displays.

So why are these the best?

For one: They can be built with under a 2 mm bezel. That means companies like Apple will be able to increase the size of displays on mobile devices while keeping the overall size of the device as compact as possible. It will also provide numerous advantages to the user experience, notably for 7-inch devices, as we recently discussed when talking about the possibilities of a smaller bezel for the upcoming iPad mini. 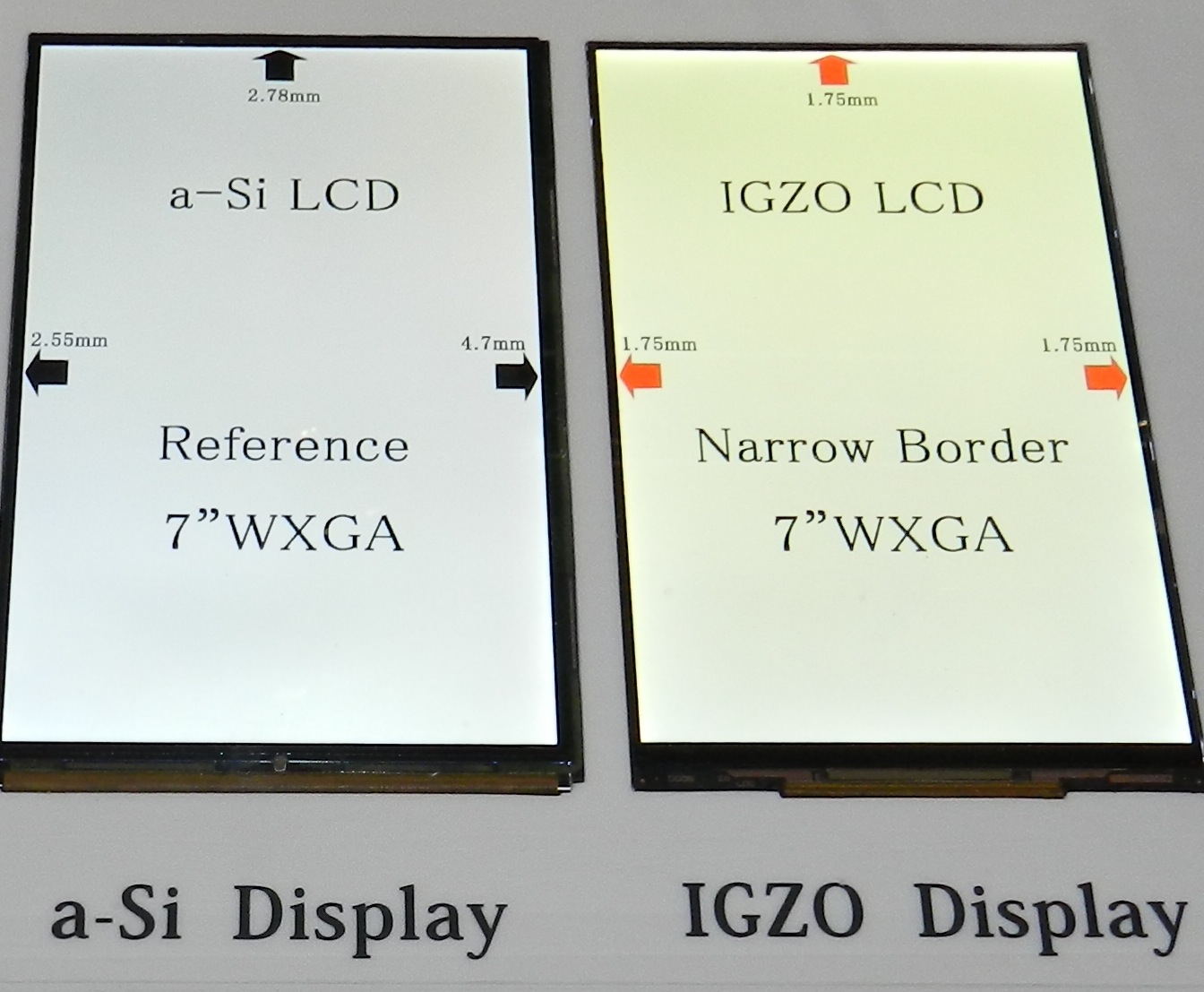 Next: Sharp was showing off the benefits of low-power consumption with its IGZO displays by demoing the technology’s ability to consume one-fifth to one-tenth of the power consumed by a-Si displays. IGZO consumes less power for both backlight and driving the panel itself, allowing for longer lasting and smaller batteries in mobile devices. 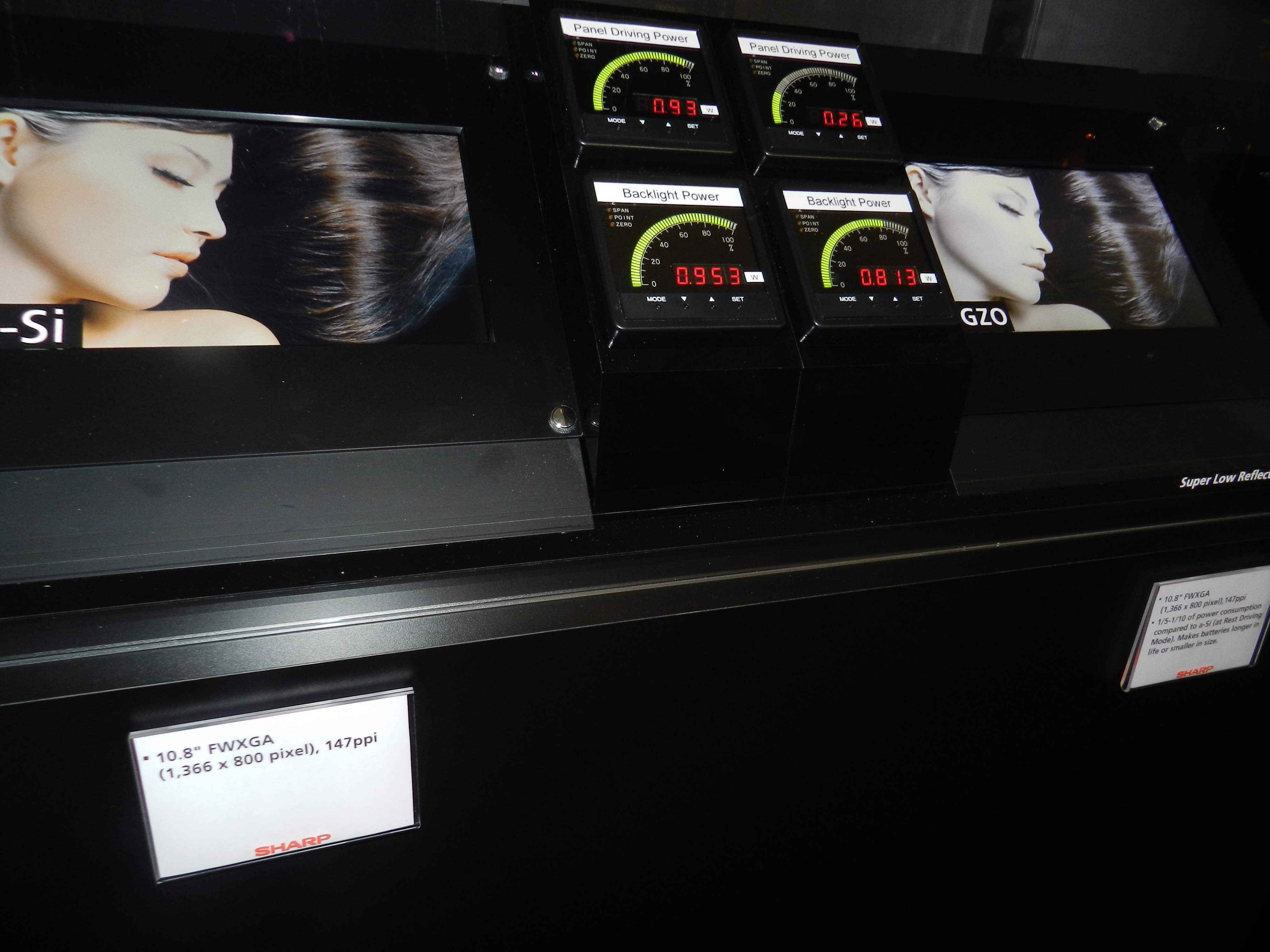 The last demo for Sharp’s IGZO displays at IFA, which is best seen in the video above, shows “smooth touch operation with low level of noise” compared to an a-Si display with the same pixel density. The result is less background noise and interference allowing for precise input and accurate touch operations. These are some of the benefits we heard Apple was after when considering the technology for its third-generation iPad. Apple, of course, did not go with the IGZO tech, and analysts at the time speculated Sharp was not ready. Sharp is now claiming it is ready for full-production of the first round of IGZO panels by the fourth quarter of 2012. 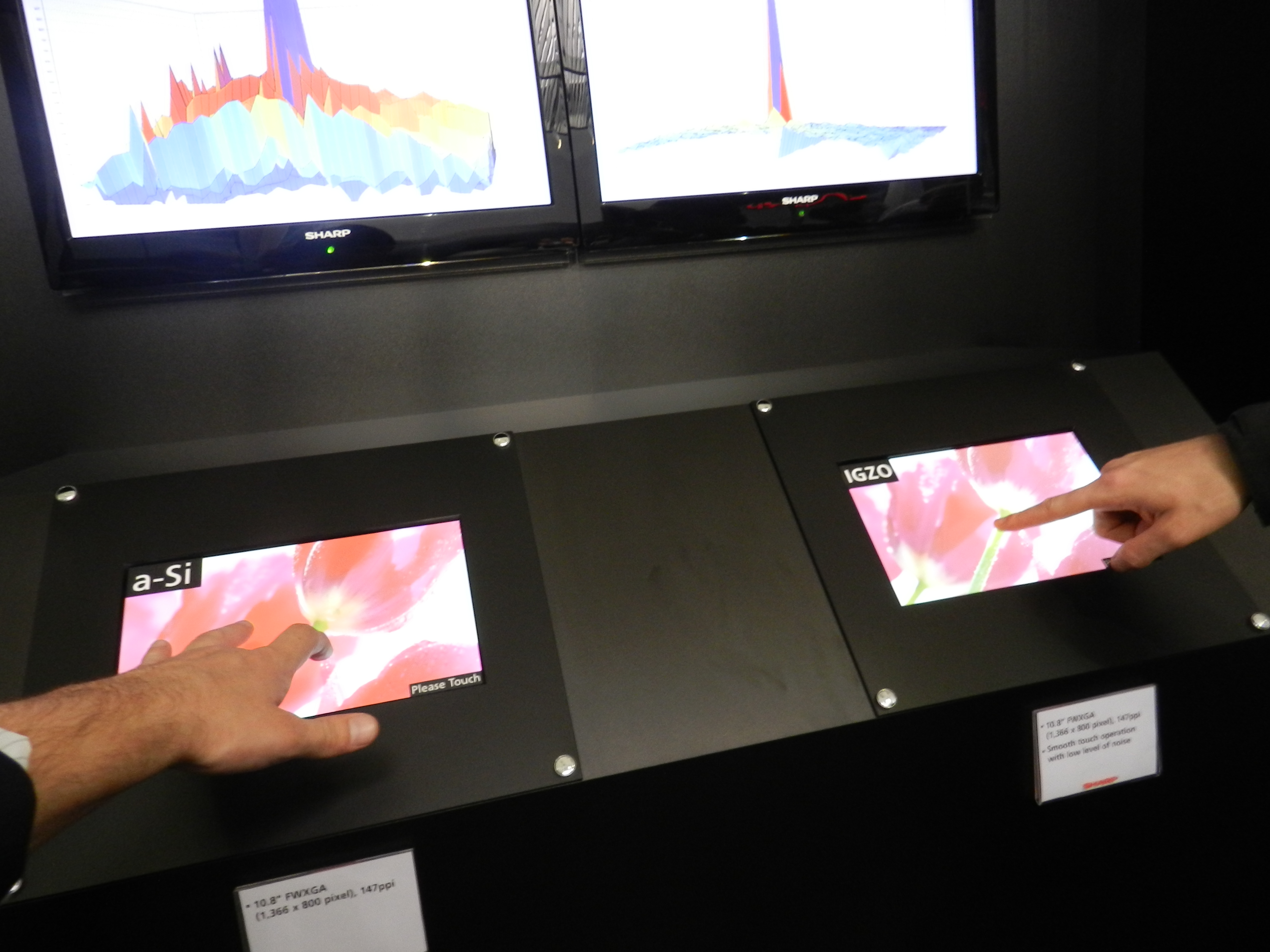