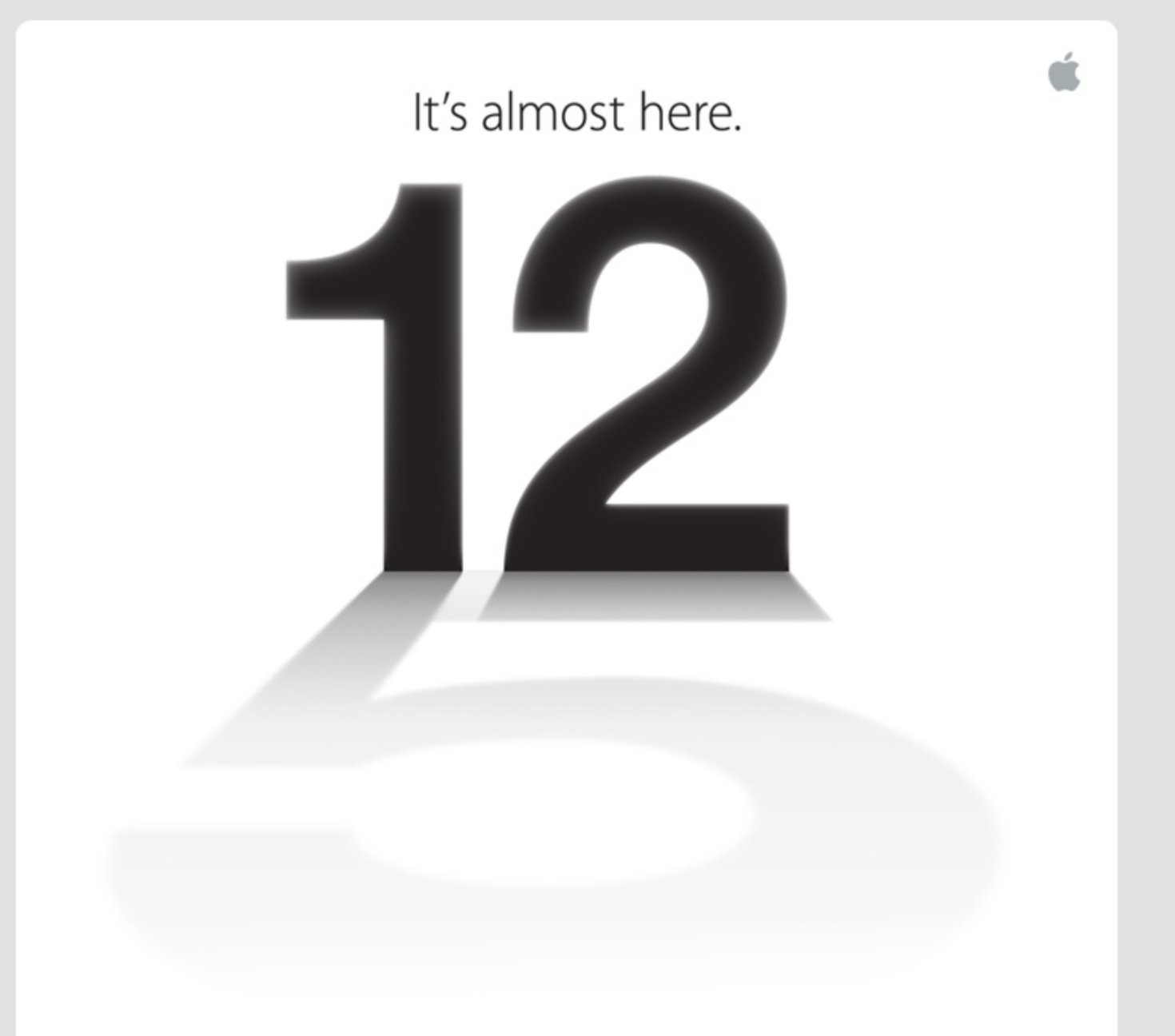 Following weeks and rumors of speculation, Apple has announced a media event for Wednesday, September 12th. Above is the invitation that reads “it’s almost here” (via Peter Ha). Obviously, the huge ‘5’ shadow seems to indicate that the new iPhone will be called the ‘iPhone 5’.

Apple will be demoing a new version of its iPhone at this event. The new iPhone is rumored to include a thinner design, a taller, four-inch display, improved internal hardware, and more. Apple will also likely detail the final pieces of iOS 6 at this event. An event for a smaller iPad is rumored for sometime in October.