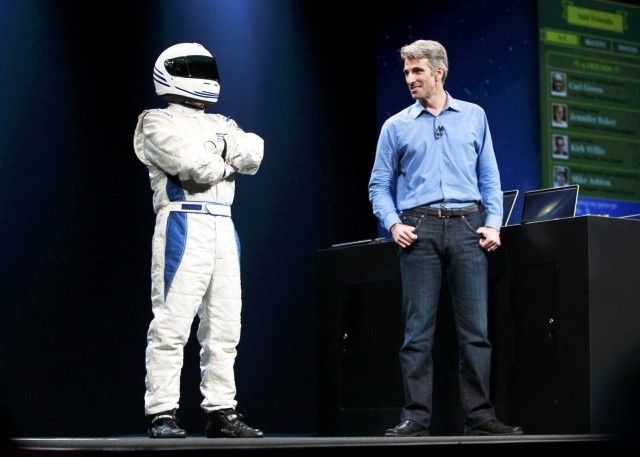 Being on the executive team brings a hefty bonus, as one would imagine. According to a recent filing with the U.S. Securities and Exchange Commission, Federighi and Riccio were each awarded 75,000 shares of AAPL stock. The shares are worth $50.62 million at current AAPL prices. The execs can vest their awarded bonus three times over the next four years. According to the filing, 25,000 of the shares can be vested Dec. 23, 2013, with 25,000 more available April 23, 2015. The last of it can be vested on Aug.23, 2016, but who knows what the stock price will be then.

Stock awards for the team at Apple are common practice. iOS chief Scott Forstall cashed in 64,151 shares of AAPL stock worth roughly $38.7 million just recently, which came just after CEO Tim Cook sold 20,000 shares. A slew of stock bonuses were also given in November 2011, and they can be vested in 2013.