Reader Dan just sent us some pictures of the iconic Shanghai Apple Store that is currently being cleaned up due to a pretty significant flood.

Big flood in their flagship Shanghai, China store located in the Pudong district of Shanghai.…unfortunately, they were not allowing the public to take pictures so i wasn’t able “sneak in” too many pictures but i’ve attached a short video and couple pics.
When i arrived they had already blocked off the area where it was flooding and tried to control it by putting bins underneath to catch the water.  They covered surrounding iPads/Macs with plastic cover.  Unclear as to how much damage occurred.

It is not the kind of damage that comes from a drive through smash-and-grab, but it will take some time to clean up this mess. Thanks Dan! 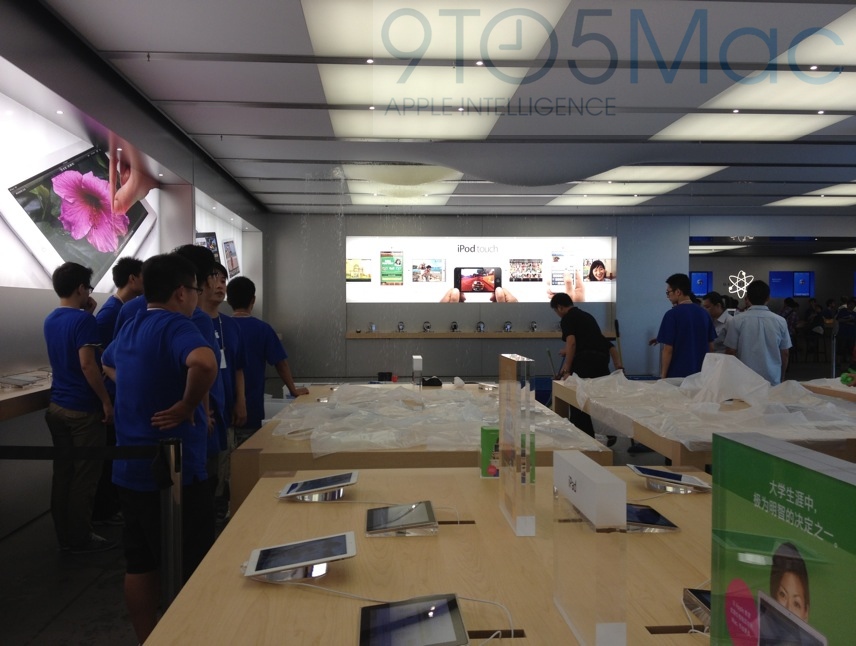 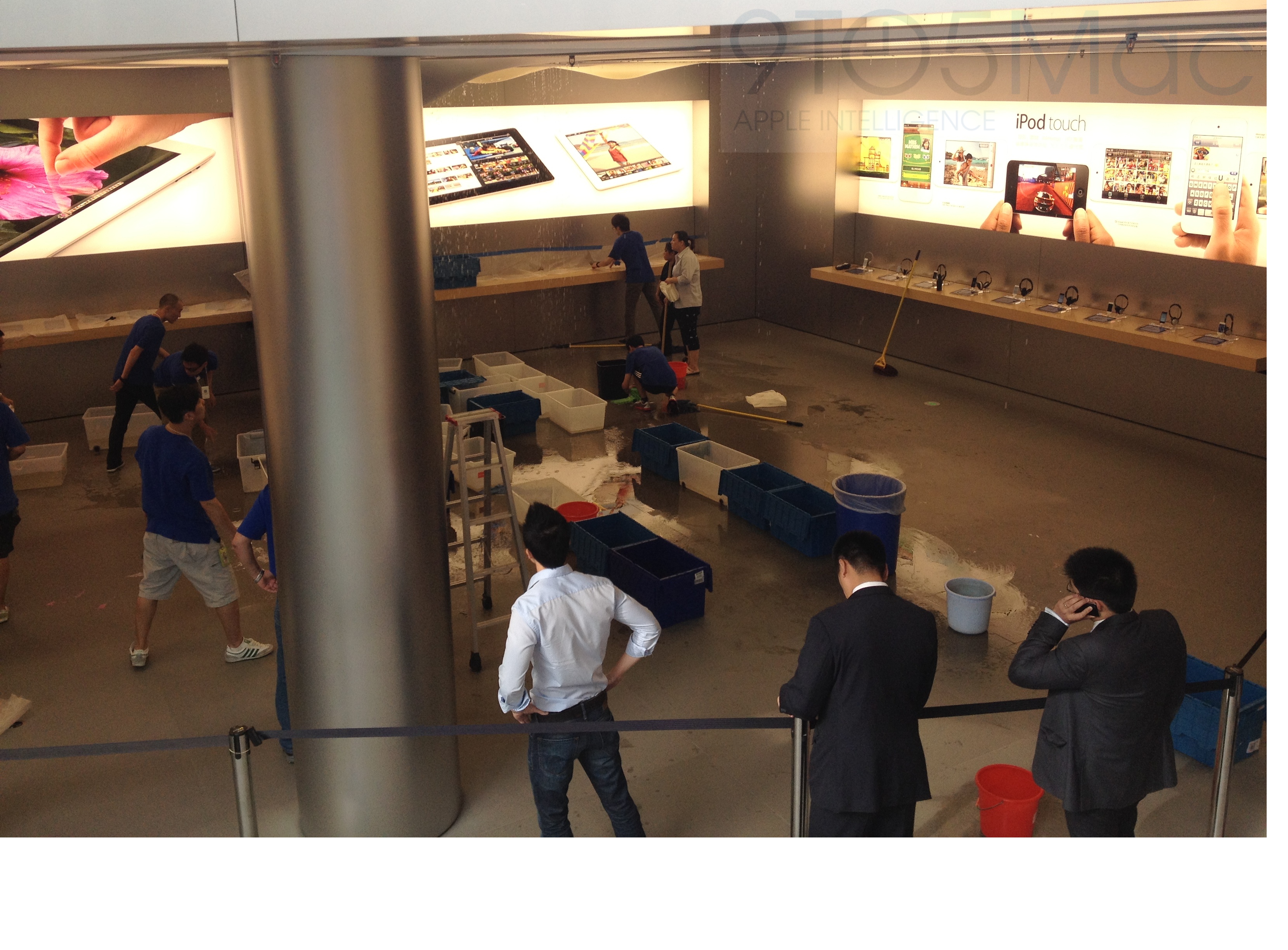