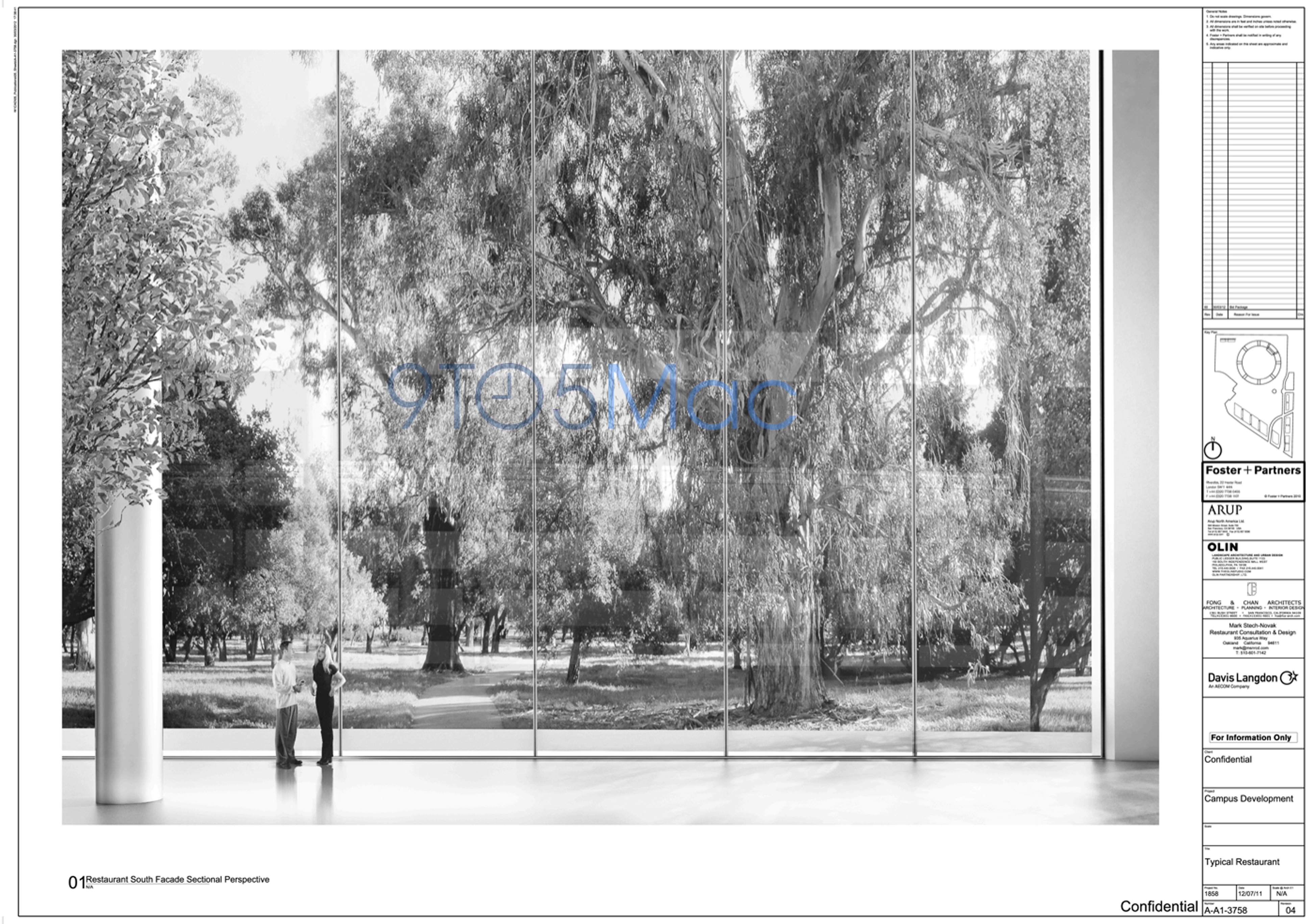 Reliable sources recently provided 9to5Mac with official blueprints of Apple Campus 2 that detail and illustrate the mammoth project currently in development. (These are just a few of the confidential images.)

The spaceship-like building, called “Campus 2,” is nearly a mile in circumference. Apple bought the land from HP and other neighbors in Cupertino, Calif., for around $300 million. The company’s late cofounder, Steve Jobs, oversaw the building’s design, while the project’s proposal was his last public appearance (video below).

Solar panels cover the main building’s entire roof, and the images above depict additional outdoor and indoor aspects of the new structure. The exclusive slides named Foster + Partners as one of the architecture firms working on the project, and they cited Arup for consulting engineering, OLIN for landscape architecture, and Davis Langdon for construction. Previous reports indicated that construction is supposed to start later this year.

A previous 9to5Mac gallery featured 100 other high-quality images, and one of the highlights was an auditorium that Apple plans to give presentations at when the facilities open in 2015.