Oh, there is an Apple event today?  Well check back here before 1PM ET as we’ll be covering it live.  Until then, get a preview by heading south – we’ve got just about everything covered. We’ll also be tweeting out the big stuff with our normal batch of analysis and commentary.

Spoiler free coverage? You are in the wrong place, amigo.

– Tim Cook back on: “Now when you look at each of these, they are incredible industry leading innovation by themselves. But what sets them apart and what places us way ahead of the competition is how well they work together.” 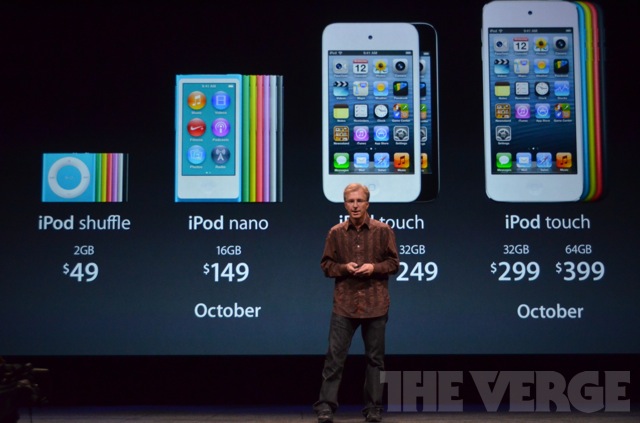 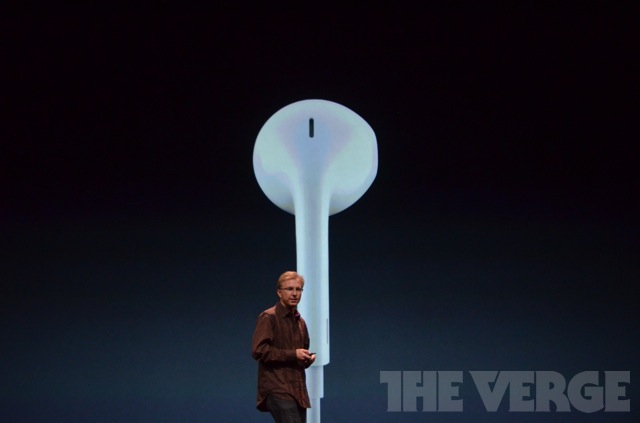 -Earphones now getting updated to….EarPods….with noise canceling mics on the back.

-Siri on the iPod touch 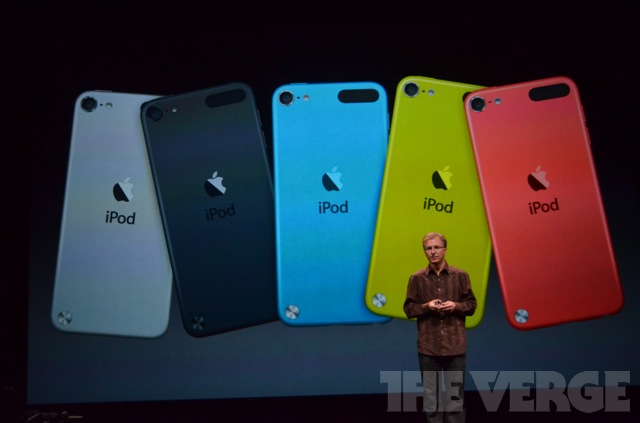 – Loop accessory we mentioned earlier. $10 looks like nice camera strap. iPod touch is Apple’s answer to the camera at this point. 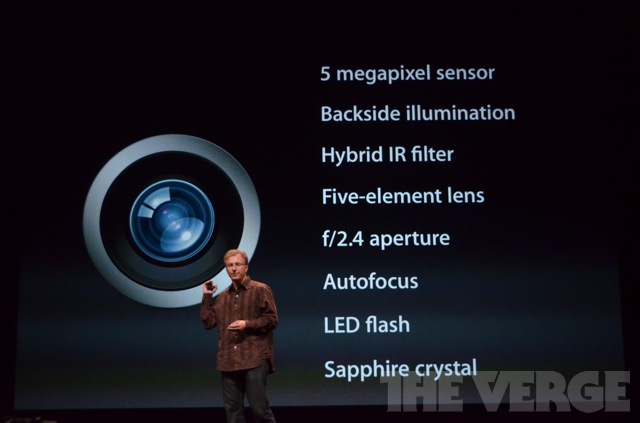 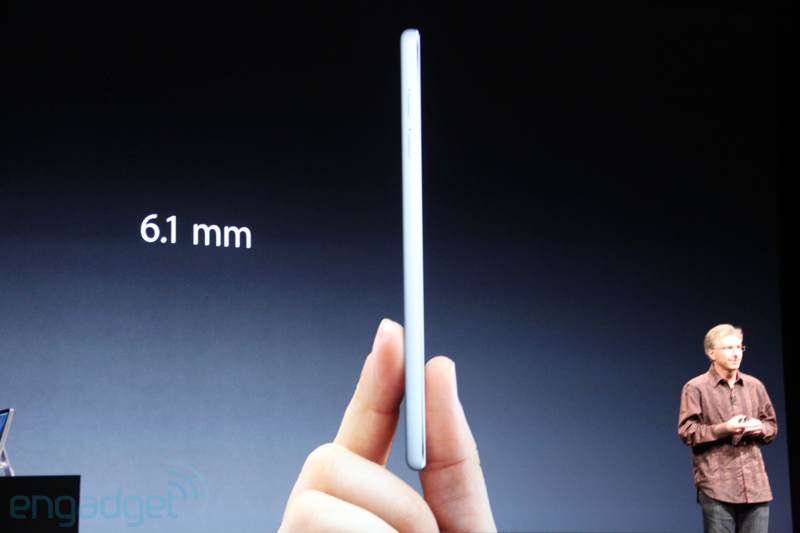 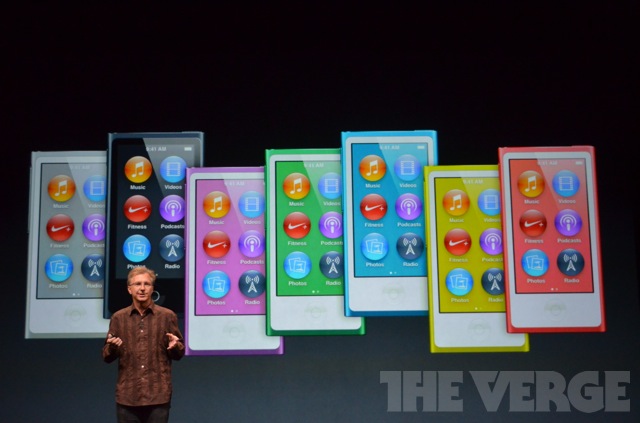 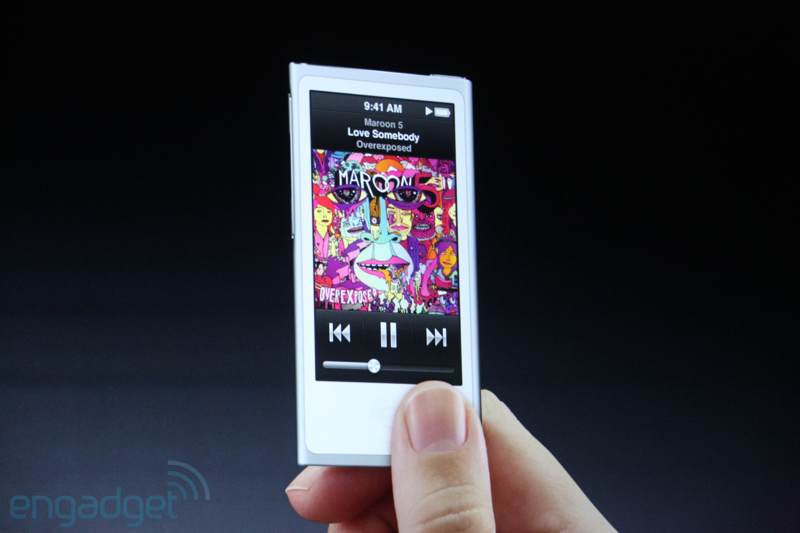 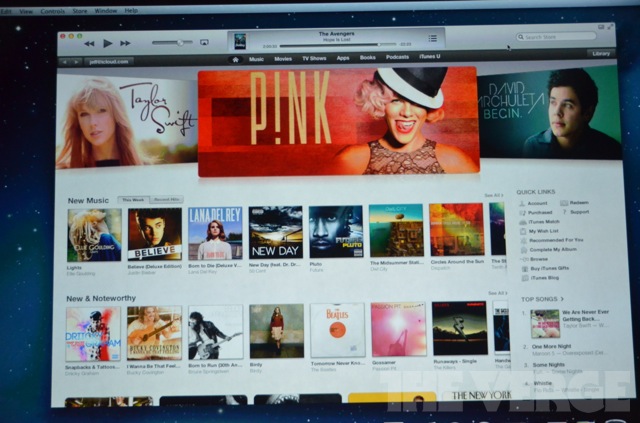 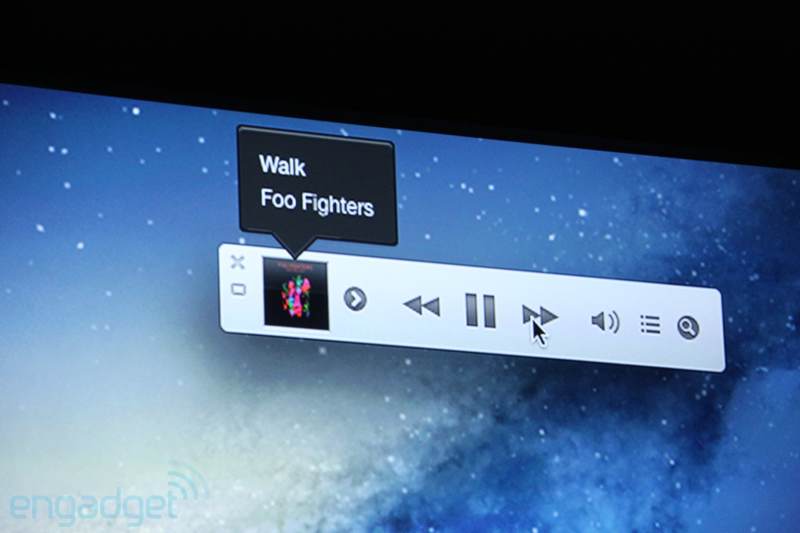 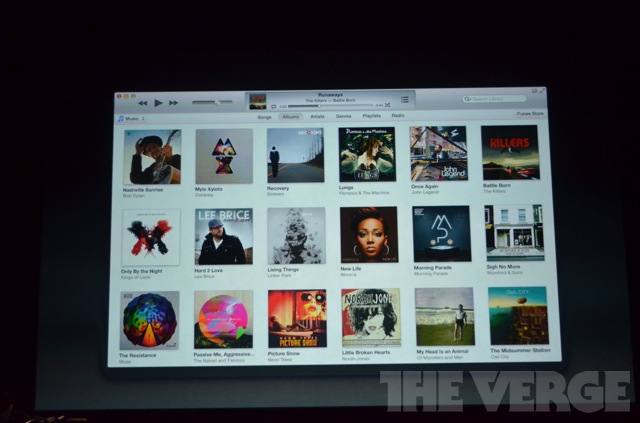 – Tim Cook is back. Now talking about music.

– Schiller back on stage.

– Jony Ive leading the pack in the promo video.

– iPhone 5 comes in black and white.

– Schiller back on stage. 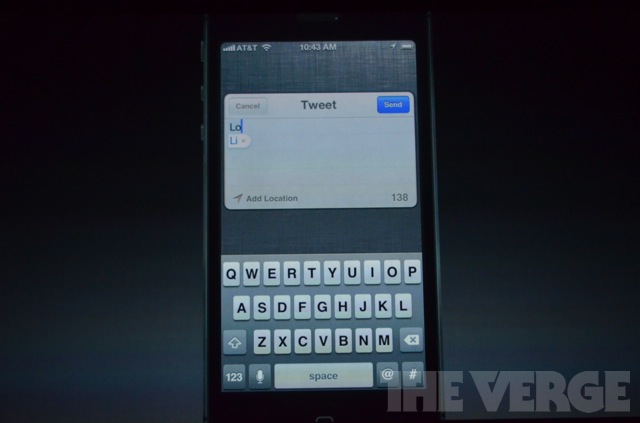 – iOS 6 now being demoed on the fancy new iPhone 5. Scott Forstall, SVP of iOS, is demonstrating.

-Lightning announced. Looks like those cables were the real deal. Adapters to the 30 pin being discussed. 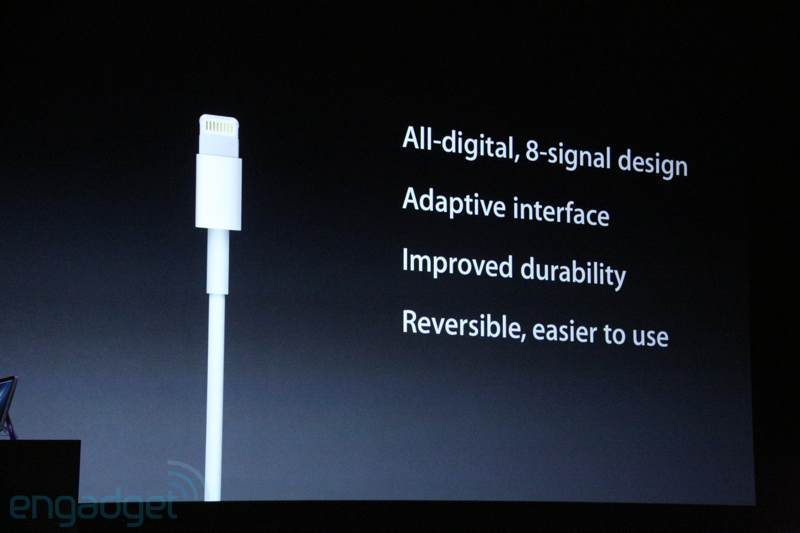 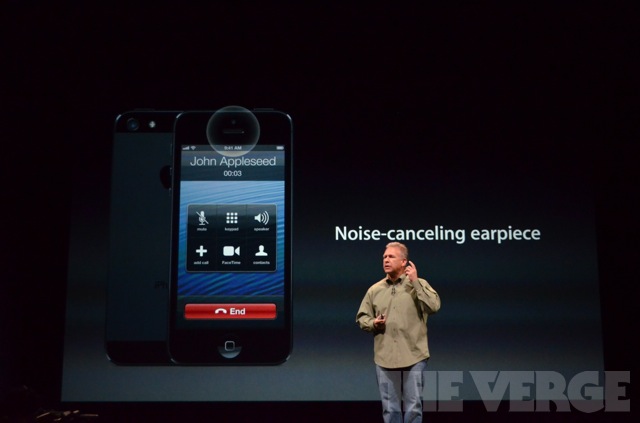 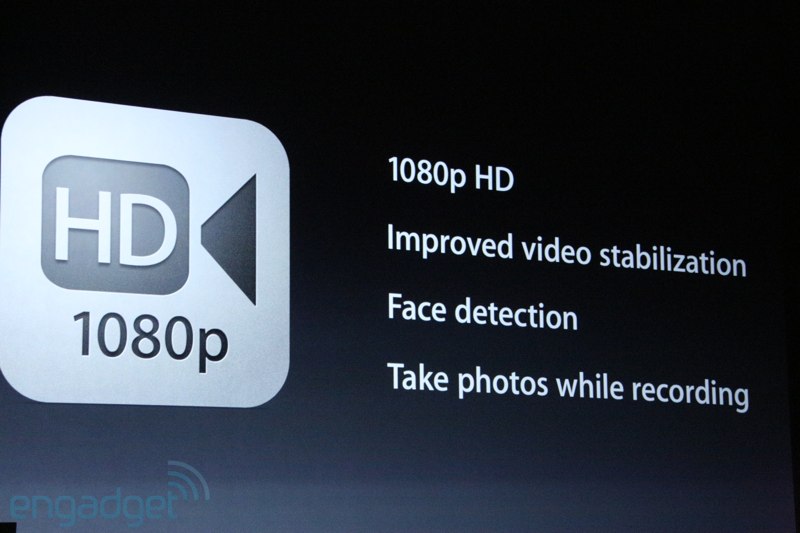 – Incredible new Panorama mode. Just wave your iPhone in the air. Panoramas come out to 28 megapixels. 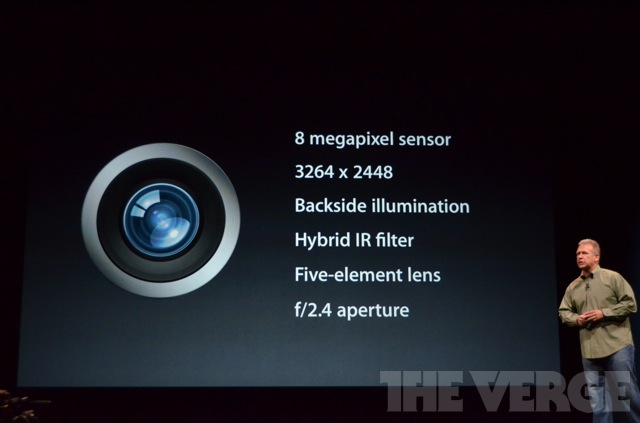 – Schiller back. Talking battery life. Better battery life than iPhone 4S. Even with LTE and A6 chip. 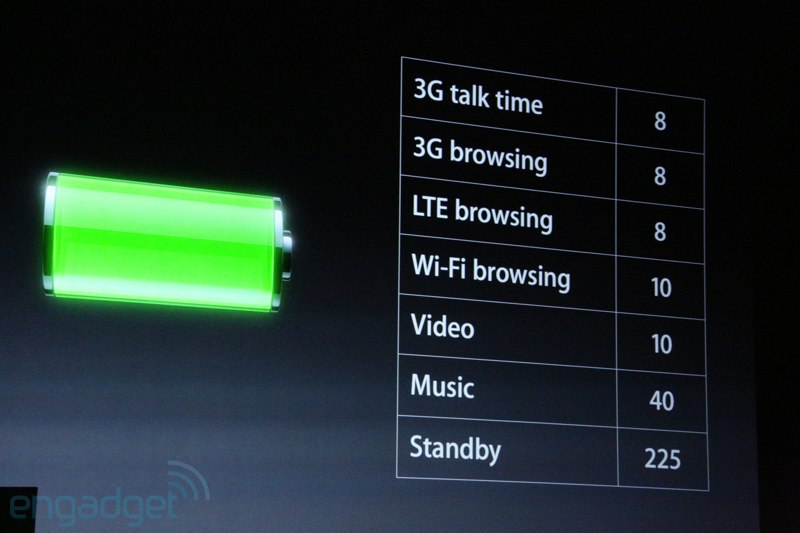 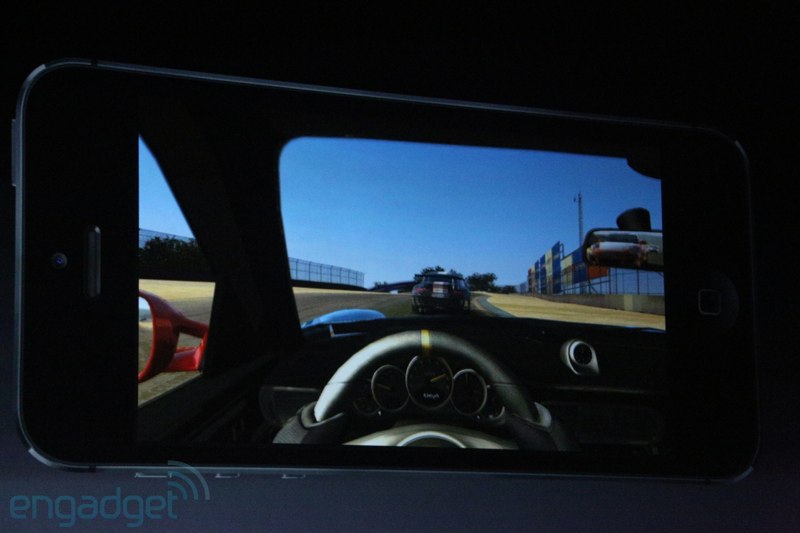 – iPhone 5 has much faster, yet smaller, A6 system on a chip. 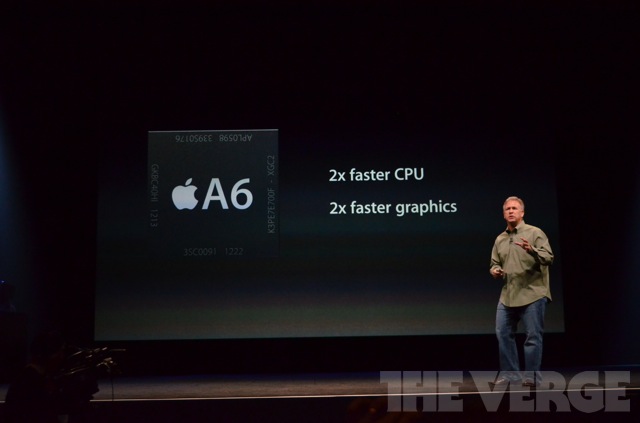 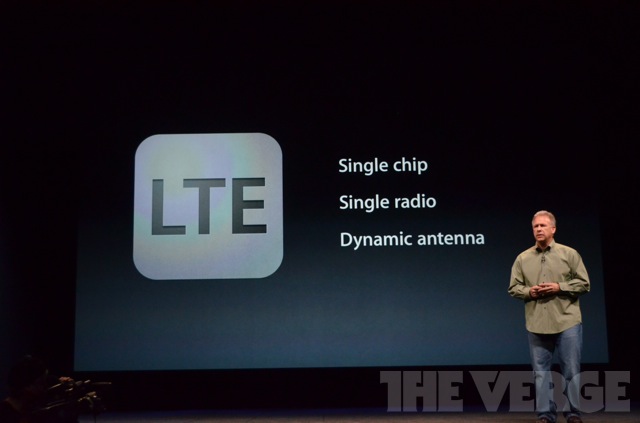 – Apple had a few developers update their apps for the new display. Looks very impressive. 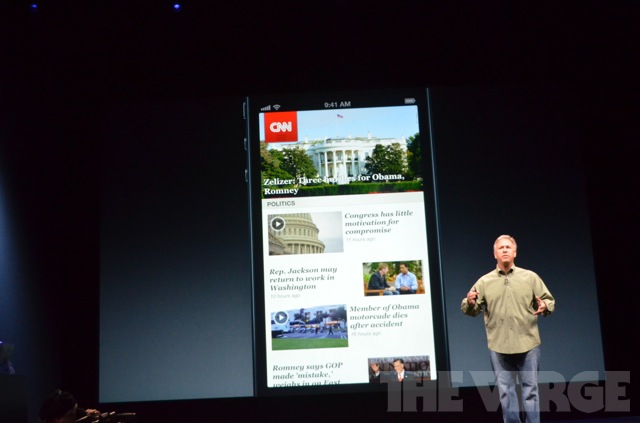 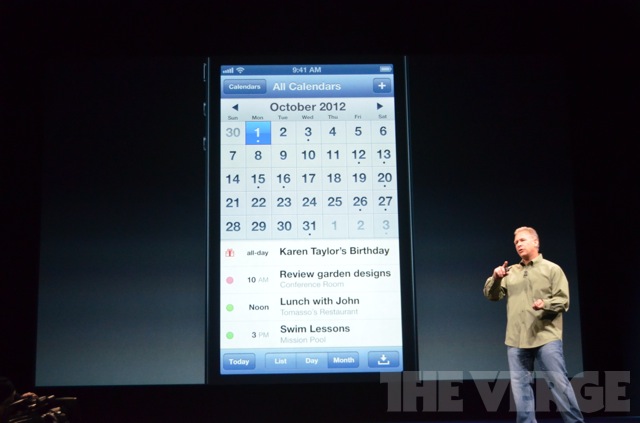 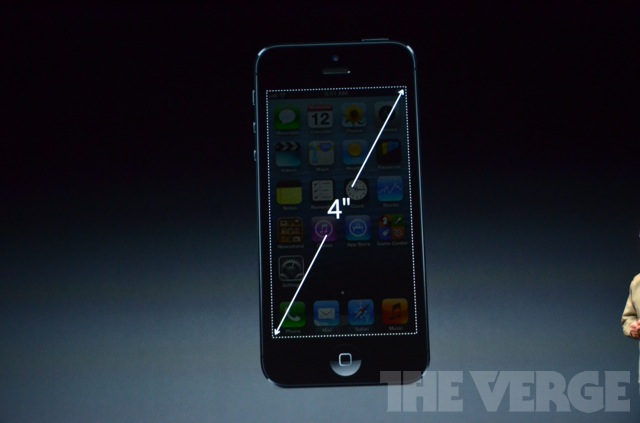 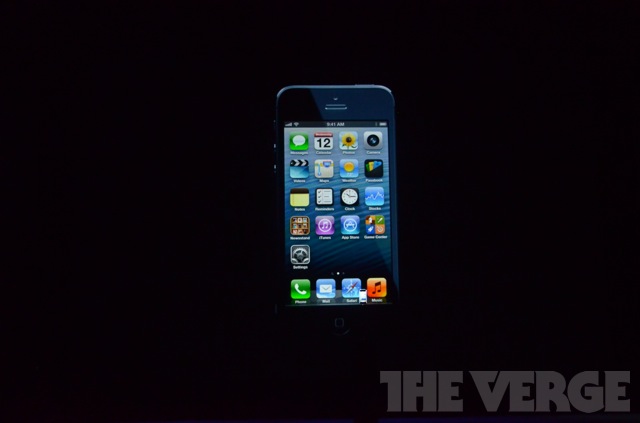 – Apple announces the iPhone 5. Most beautiful product Apple has ever made. 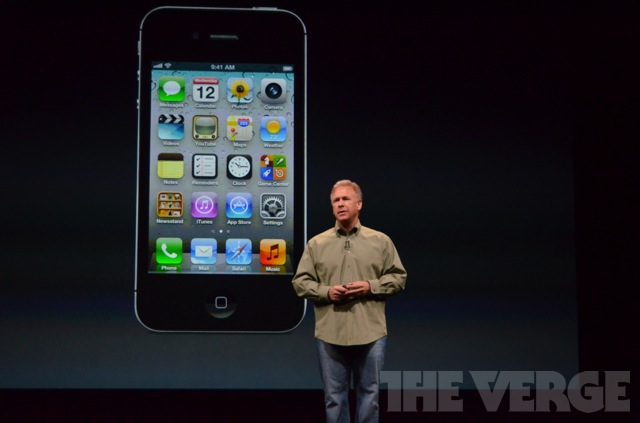 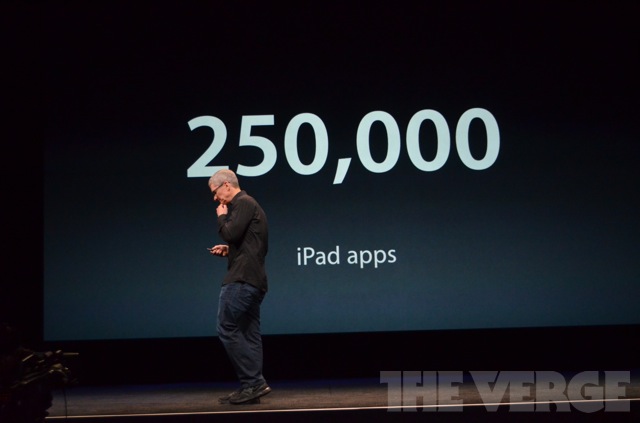 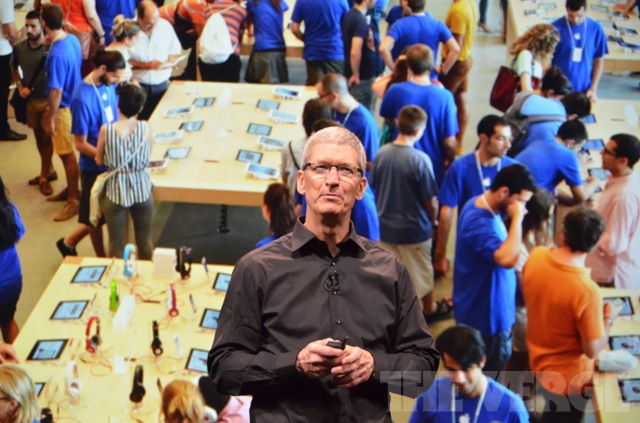 -Keynote starting in about 5 minutes.

(Image credits to The Verge and Engadget)