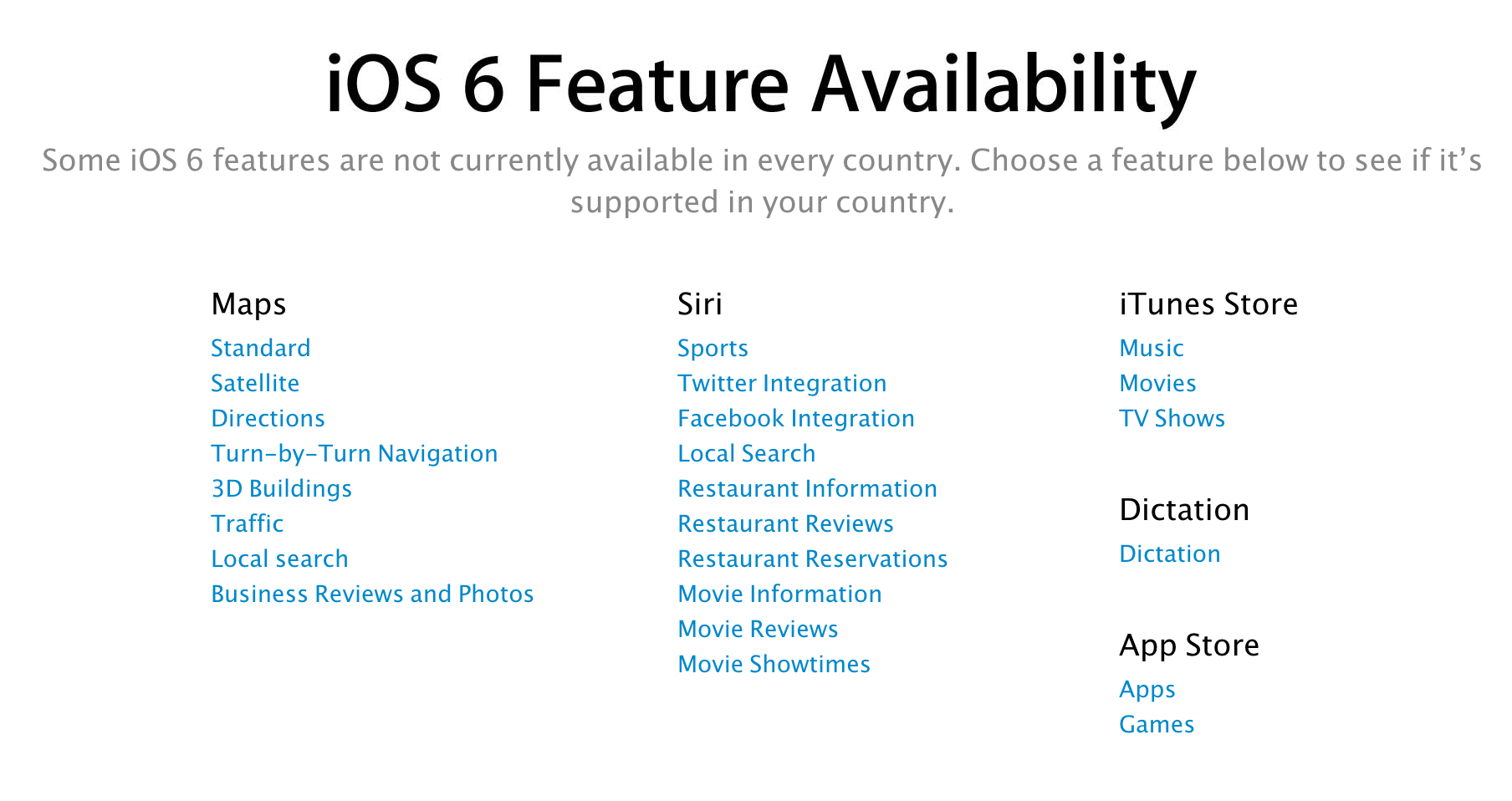 Apple already detailed the specific iOS 6 features that would be available to certain iOS devices in June. For instance: Flyover and turn-by-turn would be limited to iPhone 4S and iPad 2 (and up), while FaceTime over cellular and Siri would be available only on iPhone 4S and iPad 3. Today, following the introduction of the iPhone 5, Apple’s product page for the new device linked to a comprehensive list of features that are not available in certain countries. Some of the iOS 6 features limited to specific countries include: Facebook, Twitter, local search integration in Siri, turn-by-turn and 3D buildings for Maps, and dictation.

To find out if specific features of Maps, Siri, iTunes, Dictation, and the App Store are available in your country, check out Apple’s full iOS 6 feature availability list.