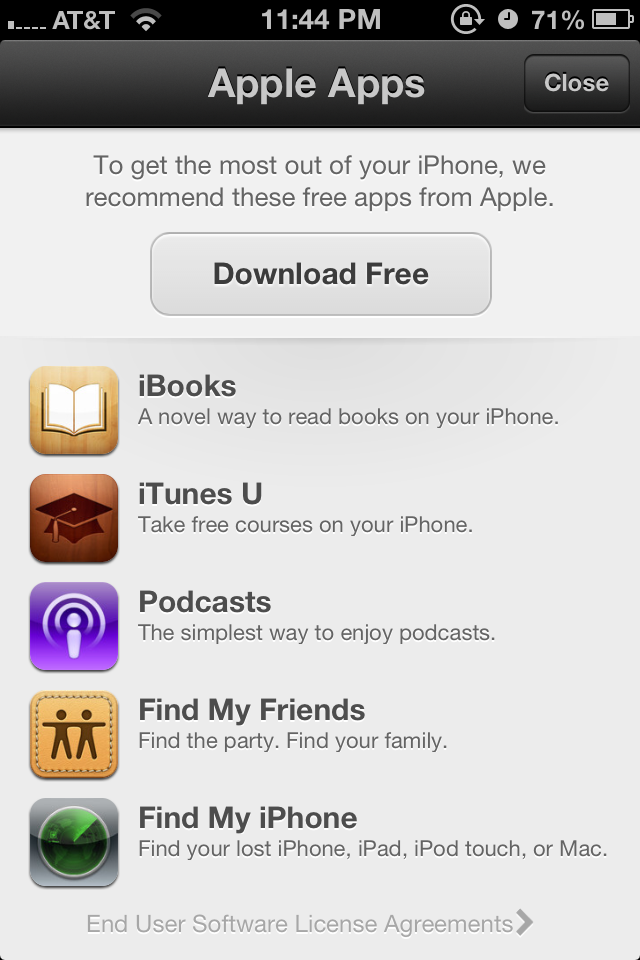 It looks like Apple is putting the final touches on the redesigned App Store for iOS 6 ahead of the next-generation operating system’s public launch later this week. As of this evening, a new page greets first-time users to promote Apple’s own apps, providing an easy way for new users to quickly “get the most out of” their iOS device.

The promoted apps include only Apple’s free offerings, with no sign of paid apps such as the iLife or iWork suites. A “Download Free” button provides a one-tap installation of iBooks, iTunes U, Podcasts, Find My Friends, and Find My iPhone.