Sprint to discontinue the iPhone 4? 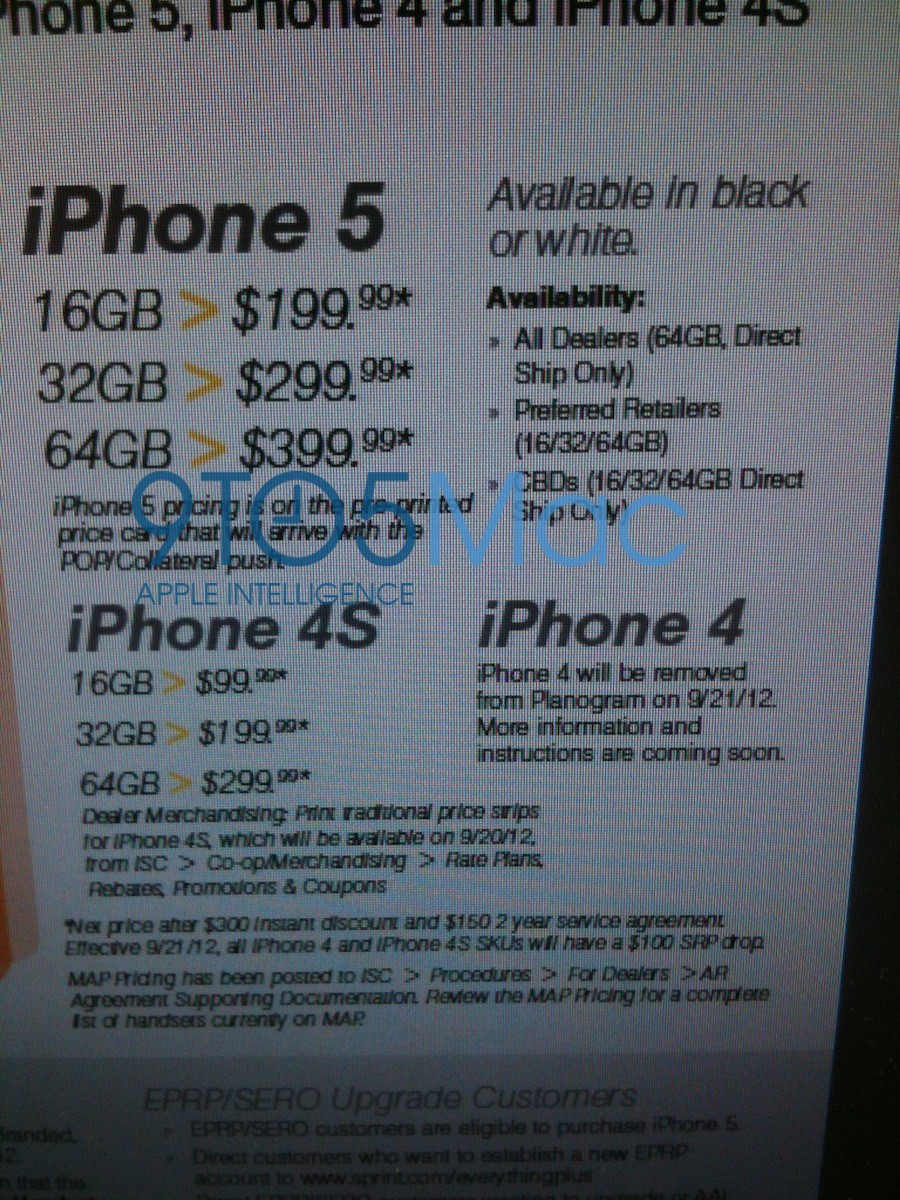 Update: A Sprint spokesperson confirmed to Cnet that it will no longer carry the iPhone 4 in its retail stores starting this Friday. While we originally thought the carrier might stop selling the device completely, it also confirmed it will continue selling it online:

“iPhone 4 will become a Web only device effective on September 21. We will certainly still be selling it,”

When Apple introduced the iPhone 5 earlier this month, starting at the usual $199 price point, the iPhone 4S and iPhone 4 both received price cuts with an 8GB iPhone 4 going free on a two-year contract. Apple noted in its press release, while announcing the iPhone 5, that the free iPhone 4 would be available through select carriers only. It now looks like Sprint is one of the carriers dropping the iPhone 4 from its lineup. While the exact reason is unclear, we were sent the Sprint Phone 5 pre-launch materials above —which seem to be authentic— that appear to confirm the carrier will no longer offer the iPhone 4 starting Sept. 21 (iPhone launch day).

Perhaps Sprint feels it cannot afford to offer the device at $0 on a contract. There is a possibility the carrier will move the iPhone 4 to a Virgin-only prepaid offering, which we expect would bump the cost of the device close to the $399 price point. The device currently sells for $549 on Sprint, but that price has yet to come down following the iPhone 5 launch.