We were recently forwarded an email where a reader reached out to Senior Vice President of Marketing Philip Schiller to ask if Apple planned to release a dock for the new iPhone 5.

Schiller apparently replied to the user’s email and said there were no plans to produce an iPhone 5 dock, as “most people who use docks use them with speaker or clock systems.” Based on the message header we received, we believe this correspondence is the real deal. Apple has released a dock for each iteration of the iPhone—it even included one with the original iPhone. We expect third-party accessory makers to seize this opportunity and fill the hole Apple has left; they are already reproducing Lightning cable adapters.

The best part of this email is quite possibly the fact that Schiller went out of his way to let recipients of his messages know he is using an iPhone 5. His signature stated, “Sent from my iPhone 5”. 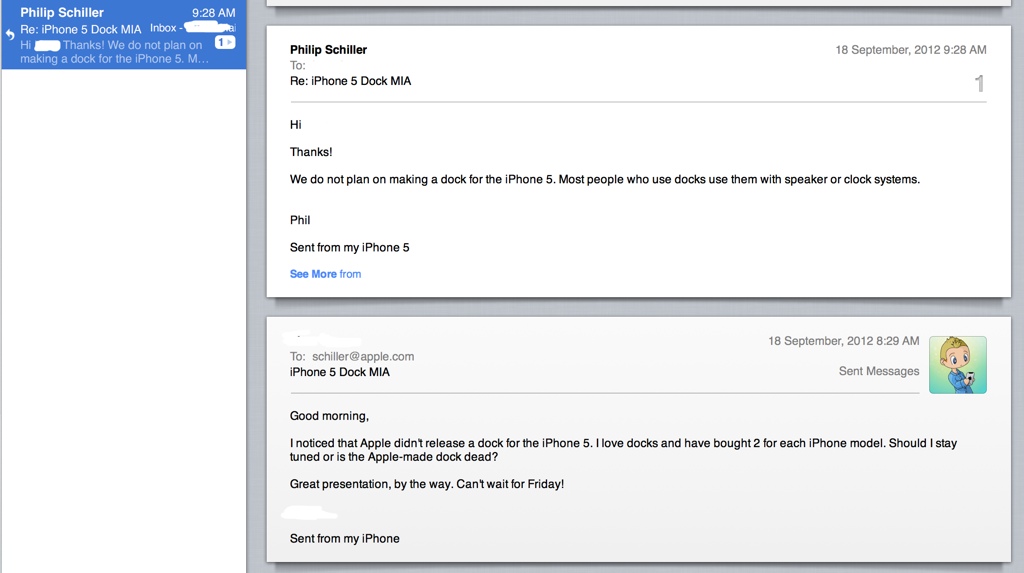