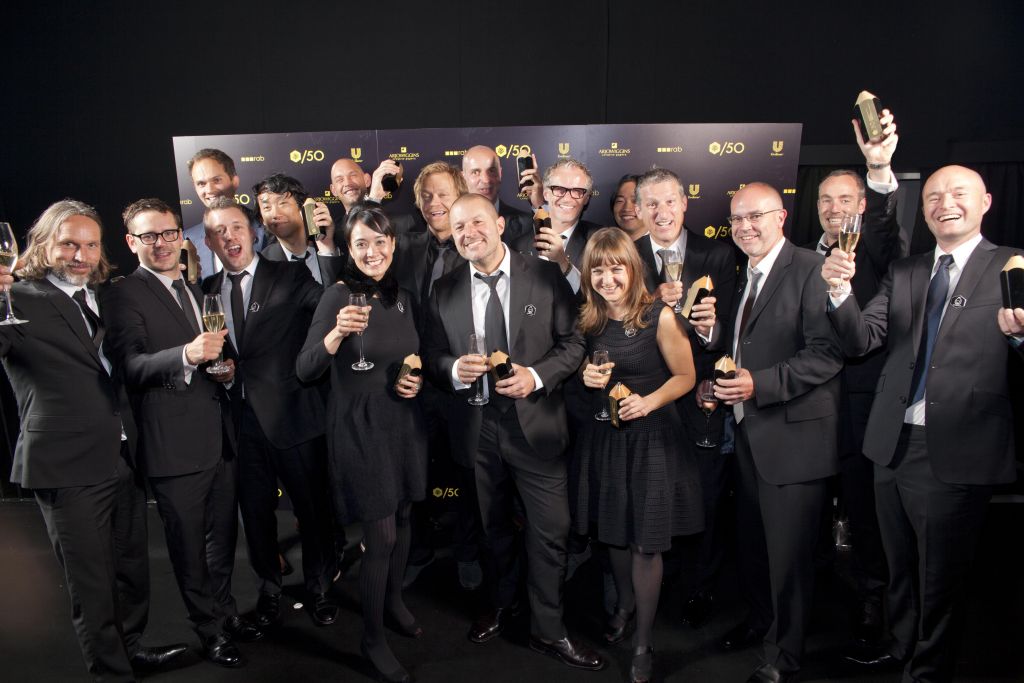 Apple Senior Vice President of Industrial Design Sir Jony Ive never misses an excuse to get away to his native England, but for the Design and Art Direction awards, he brought his whole 16-member team to collect the award for ” best brand and the best design studio of the last 50 years.”

Even more unusually, Apple flew in its entire design team from San Francisco in recognition of the importance of the D&AD Awards and all 16 of them – 14 men and two women – accompanied Sir Jonathan on stage to collect the award for best design studio.

It is understood that Apple’s design team have never previously attended an award ceremony. Their appearance was all the more notable given that Apple is focused on the global launch of its iPhone5, which hits stores on Friday.

An incredibly animated Sir Jony Ive pictured in the video and image gallery below (thanks to reader “Coleman” who was there): 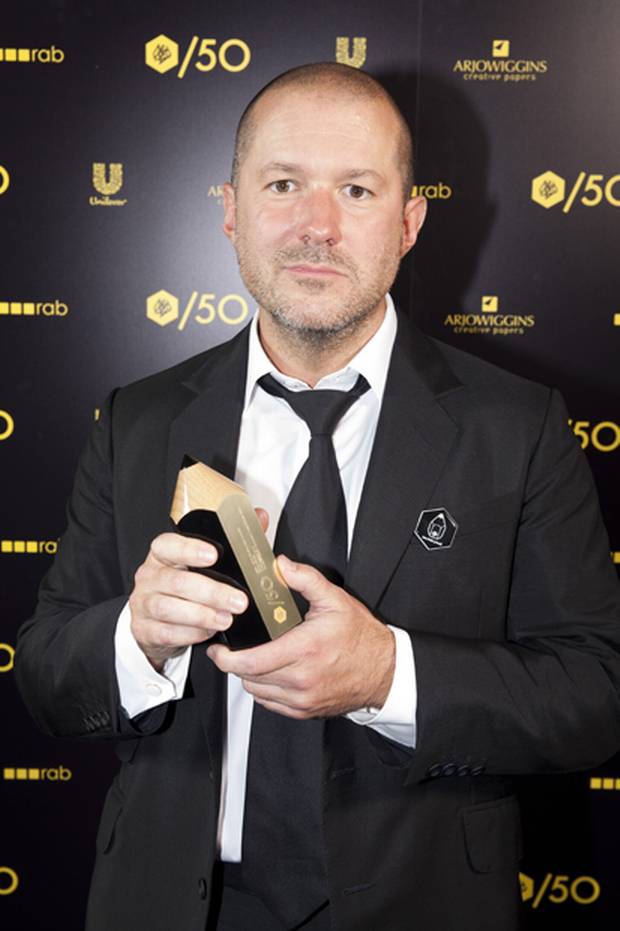 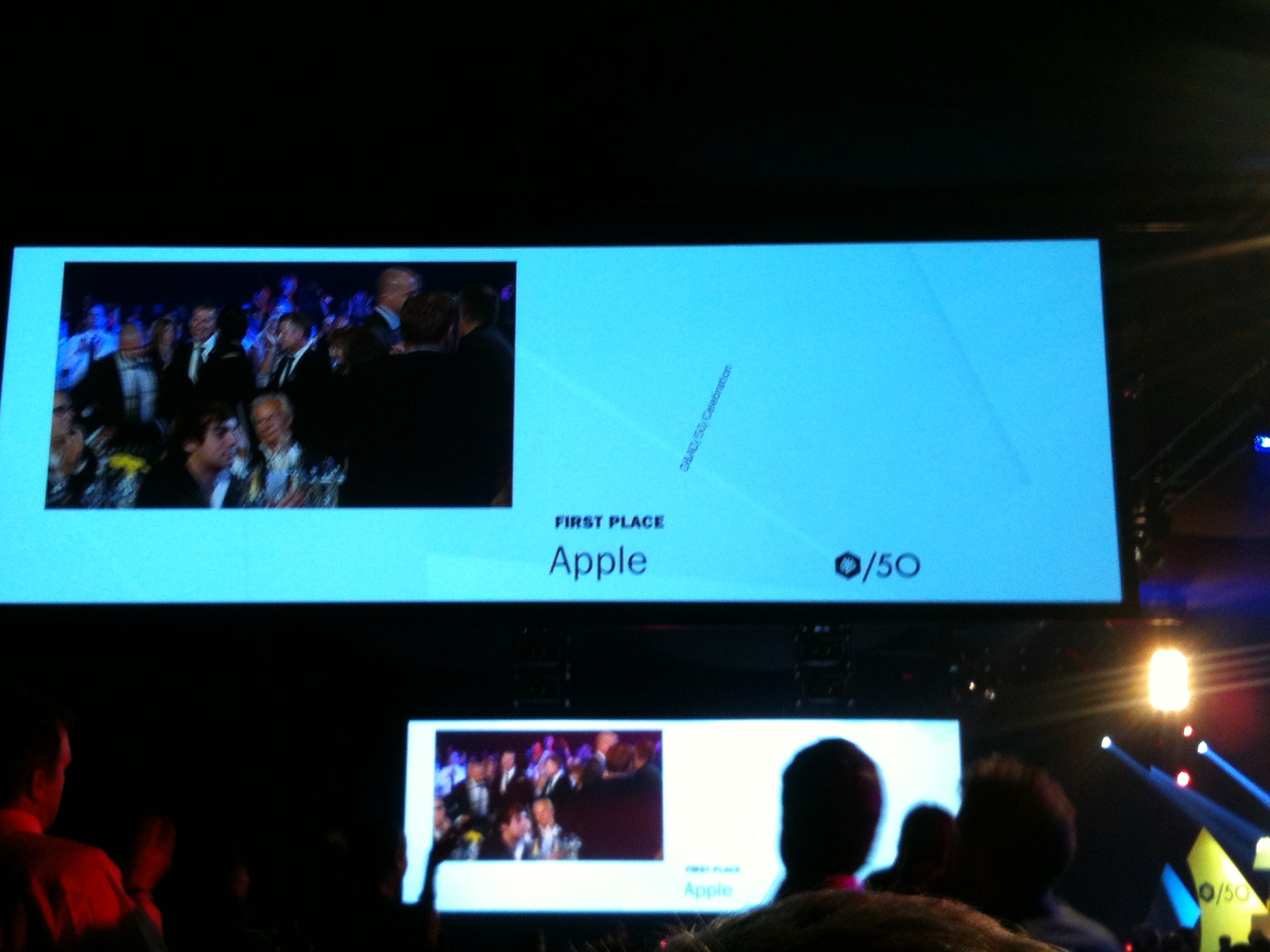 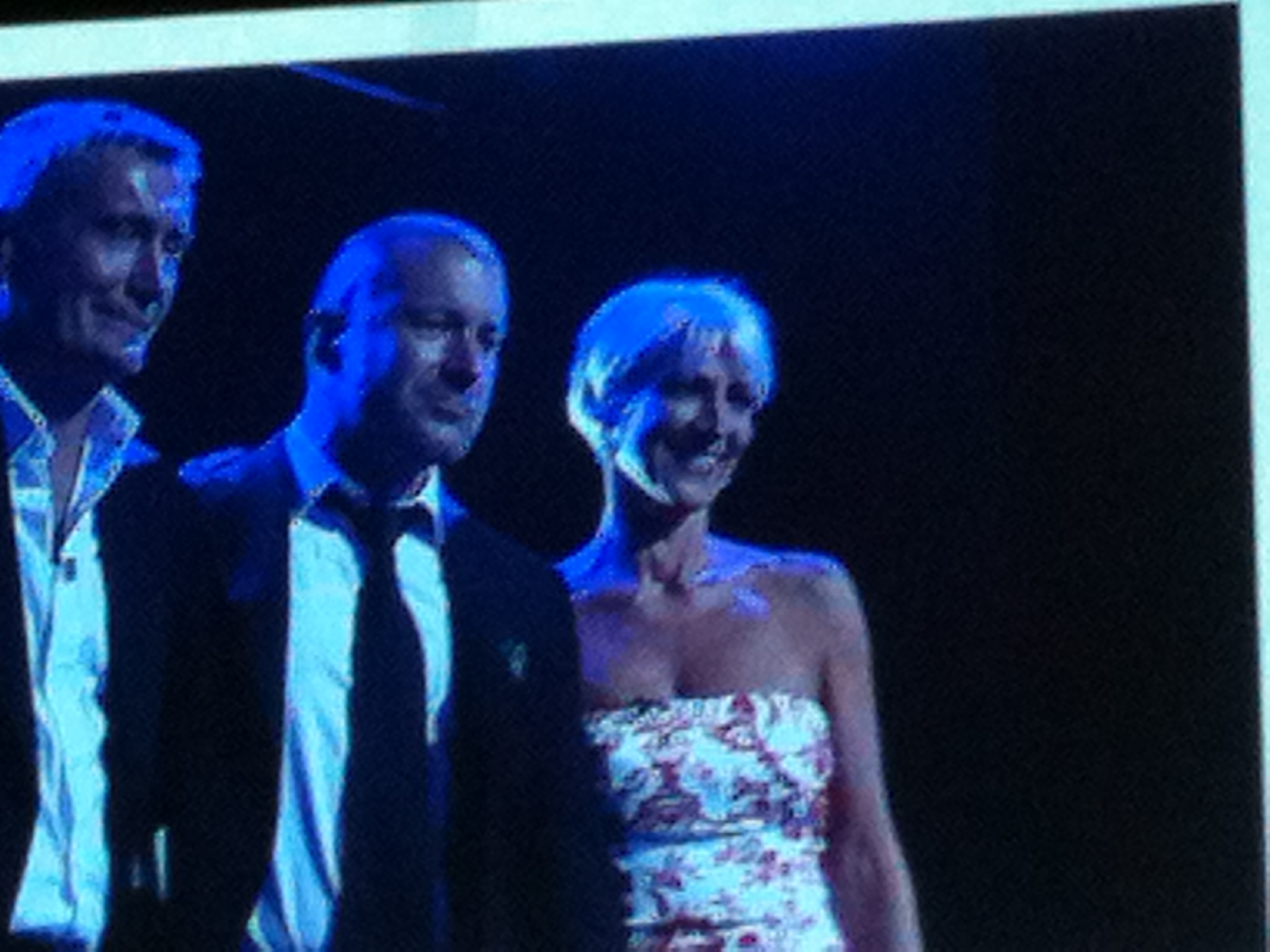 Booklets from the awards highlighting the special awards nominees: 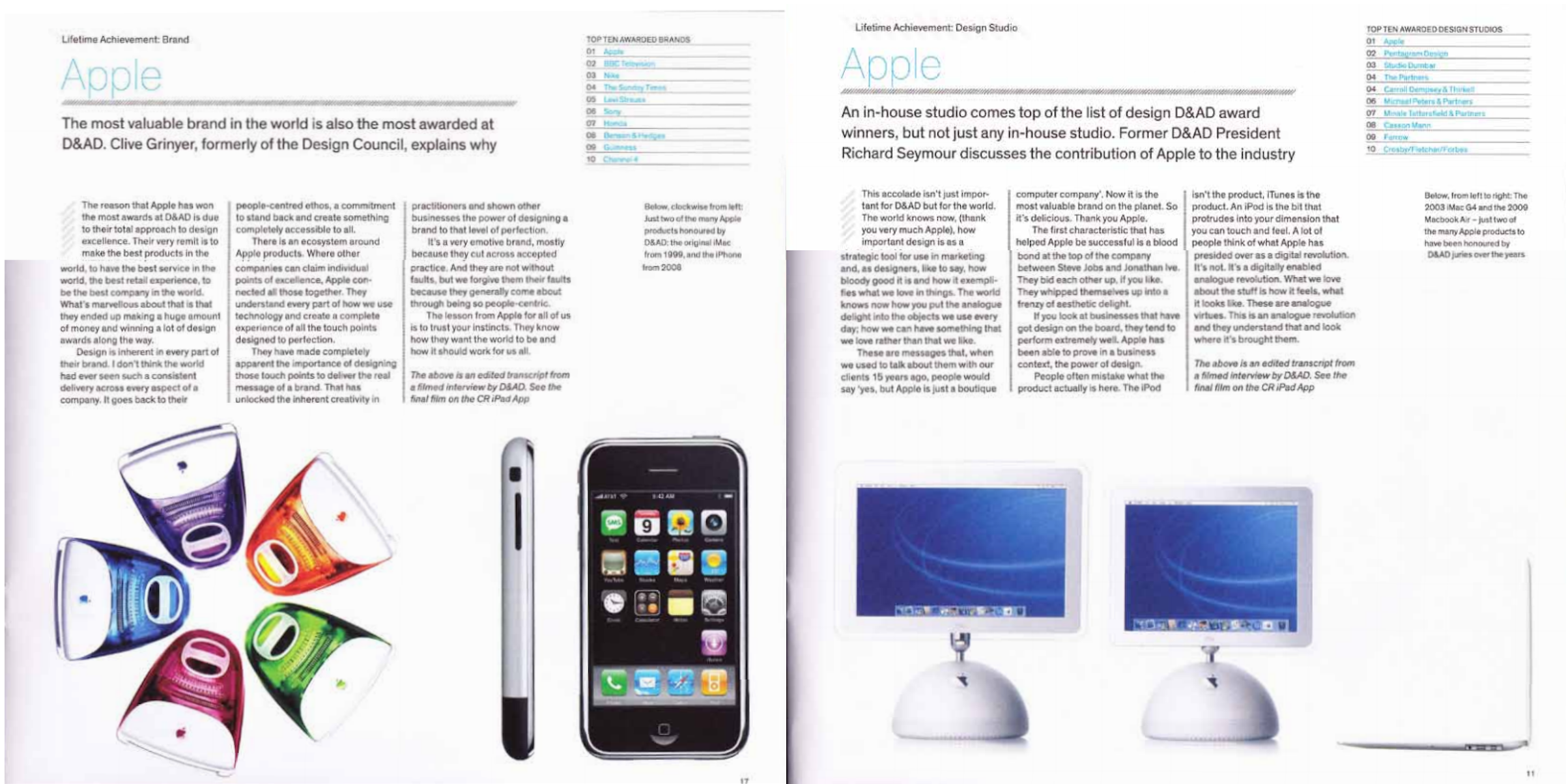