Missing all the features of Google Maps? Get them back in iOS 6 with these third-party apps 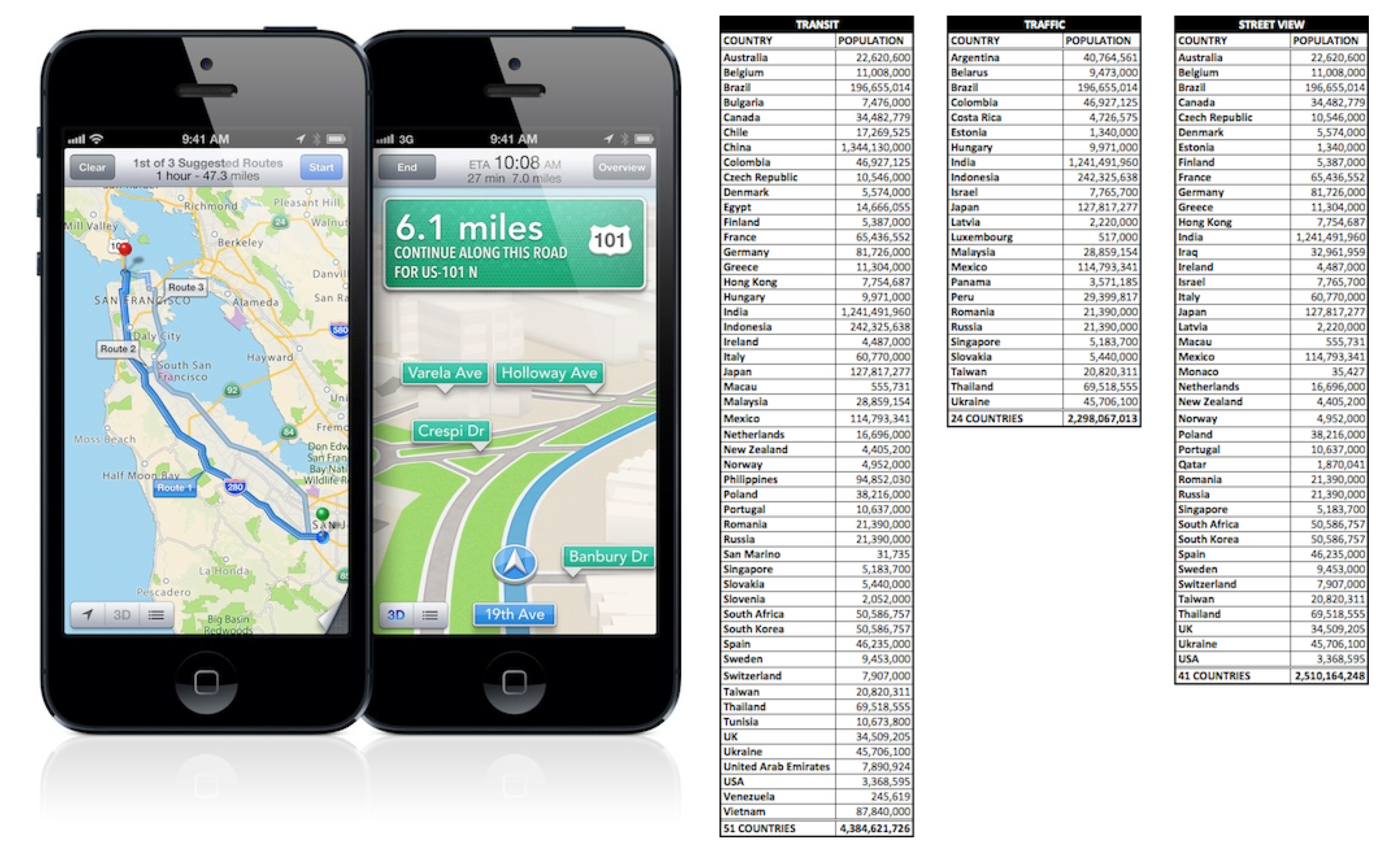 Are you already feeling the frustration of Apple’s new iOS 6 Maps app? Apple is officially no longer using the Google Maps backend from iOS 5 with today’s public release of iOS 6. With its new in-house Maps app, some were concerned users would be disappointed with the arguably downgraded experience. A few of the reasons some users are refusing to update to iOS 6: lack of Google’s Street View and public transportation features, limited traffic data, and inferior local search. Above is a breakdown of lost features by country, courtesy of theunderstatement.com, showing 51 countries will be losing access to Transit data, 24 countries losing traffic data, and 41 countries without access to Street View. Also worth noting is that 20 countries won’t have access to Apple’s shiny new turn-by-turn and 3D Flyover features. Another consideration is that many of the features of Apple’s new Maps app, such as Flyover, turn-by-turn, and Siri, will be limited to iPhone 4S/iPhone5, and third gen iPad users.

The good news is there might be a way to get back some of that functionality even if it means having to go through a couple third-party apps to do so. Here’s to hoping Google has an even better Maps experience headed to iOS in the near future, but until then the apps like the ones below might be your only option: 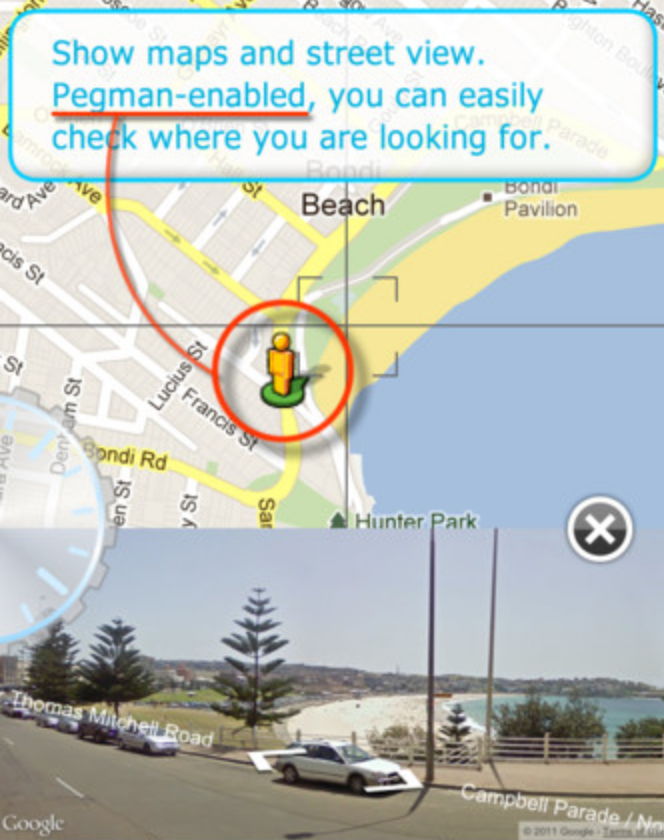 Street View: While it might not have been one of the most used missing features, many users will certainly be surprised when they realize they can no longer access Google’s panoramic street view imagery with their new iPhone 5. Luckily a couple free third-party apps fill the gap. We’ve been using iFindView and StreetViewer, apps that provide a clean UI with access only to Google’s Street View feature by dragging and dropping a familiar orange Pegman on a map. The free versions are ad-supported, but you only see it when entering your search and not on the actual maps or Street View mode. There are a couple other similar apps on the App Store, and these are your only option until Google comes to the rescue. 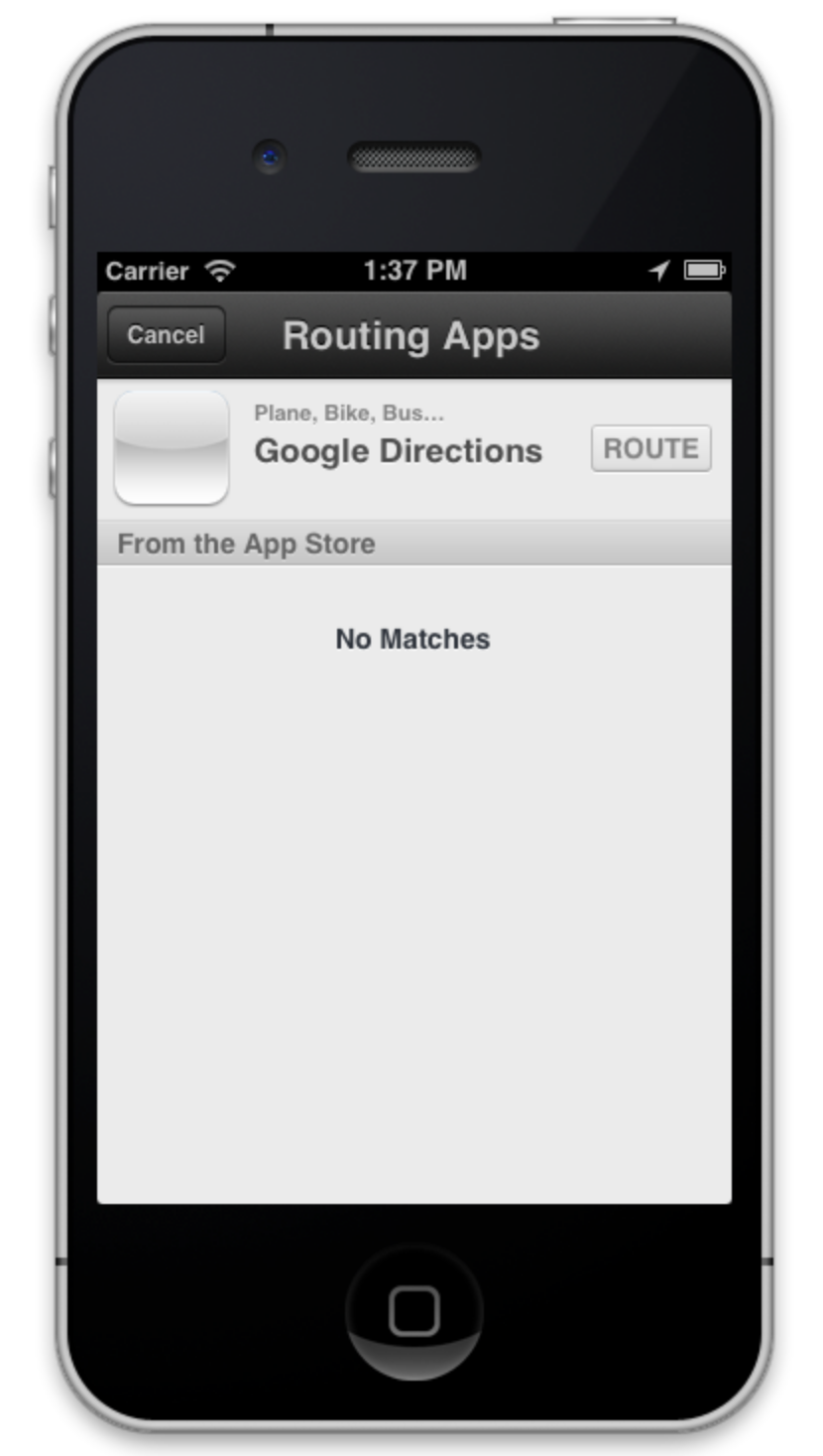 Transit: When it comes to transit and walking directions there are more than a few options. Apple’s new Maps app will even prompt you with a list of installed transit apps on your device, but selecting one will simply pull you into that app. Walking directions have not been removed, but first impressions have not been great. This might be a good opportunity to check out apps available for your local public transpiration routes, as decent ones exist for most cities. If that isn’t an option, your best bet might be to go to Google.com/transit in Safari to visit Google’s mobile version of its transit service and install it to your homescreen as a web app…

You can also get an app currently being hosted on GitHub that allows that same web version of Google Transit to appear in the list of transit apps in the iOS 6 maps app. Entering transit directions in the iOS 6 Maps app and selecting “Google Directions” from the list of routing apps will launch Google Maps in mobile Safari.

There are also third-party apps such as Maps+ which let you browse Google’s online maps with directions, location-based alarms, and standard, satellite, hybrid, and terrain views. Perhaps a better option would be the OpenMaps app from the same developer allowing you to access the maps of OpenStreetMap and download them for offline use. 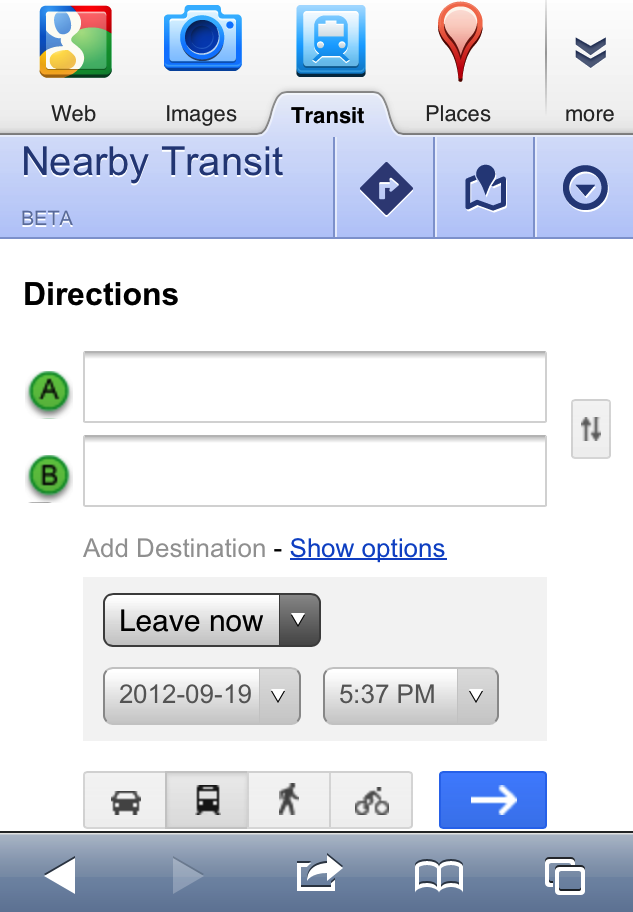 Local search: This is another area where many feel Apple’s new Maps has been downgraded without Google’s data. If iOS 6’s Yelp results aren’t cutting it for you, it might be time to install the Google+ Local app (formerly Google Places) to get access to get Google’s data for restaurants, gas stations, and businesses, and other points of interest.

Flyover: Replacing this features for users with iPhone 4, iPad 2, and below isn’t easy. Fortunately Google is already doing some work in this regard, providing some pretty impressive 3D flyover-type imagery and a Tour Guide feature in its Google Earth iOS app compatible with iOS 4.3 and up. So far Los Angeles, Boston, San Francisco, Geneva and Rome have been added, but Google is promising more additions in the weeks to come. Hopefully this is a first look at part of the Google Maps iOS app in the works.

We fully expect Apple to continually improve its new Maps app, but it will be really interesting to see how Apple follows through and whether users flock to a yet to be released third-party alternative from Google in the months to come. As of the most recent build of iOS 6, the Maps app arguably feels incomplete compared to the Google Maps-powered app in iOS 5, despite some impressive new features in Flyover and turn-by-turn.