Expert in cartography explains the issues with Apple’s Maps 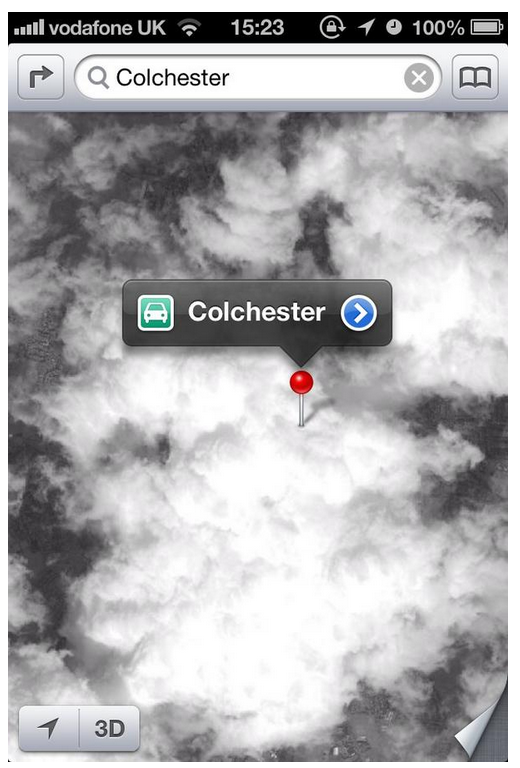 The media and public have been making a lot of noise over the shortcomings of Apple’s new iOS 6 Maps app. Apple already responded to the criticism by telling customers it launched the “new map service knowing it is a major initiative” and “the more people use it, the better it will get.” While recent comments from one of Apple’s own mapping partners, Waze, pointed the finger at TomTom’s weak data sets as the source of the poor Maps experience, an expert in cartography said TomTom is “not the source of their [Apple’s] problems.”

Dr. Mike Dobson, an expert in cartography and owner of local search and mapping consulting company TeleMapics, recently published a lengthy post on his company’s blog to explain the problems with Apple’s new Maps app. Dobson explained Apple’s biggest issue is that its “team relied on quality control by algorithm and not a process partially vetted by informed human analysis”:

Perhaps the most egregious error is that Apple’s team relied on quality control by algorithm and not a process partially vetted by informed human analysis. You cannot read about the errors in Apple Maps without realizing that these maps were being visually examined and used for the first time by Apple’s customers and not by Apple’s QC teams. If Apple thought that the results were going to be any different than they are, I would be surprised. Of course, hubris is a powerful emotion.

Dobson continued his post by outlining the biggest problem areas he thinks Apple is facing and number of recommendations going forward. He also noted that in addition to Yelp, Apple appears to be using business listening data from Acxiom and Localeze. According to Dobson, “Apple does not yet understand what a headache it will be to integrate the information from these three disparate sources.” He also claimed Apple lacks “resources to provide the majority of geospatial and POI data” it needs. A few of those recommendations are below, but you can read the rest in Dobson’s full blog here.

-Apple does not have enough qualified people to fix this problem and needs to hire a considerable number of talented people who have the right credentials. They, also, need to develop a QA/QC team experience in spatial data. They could establish a team in Bangalore and steal workers from Google, but if they want to win, they need to take a different approach, because this is where Google can be beaten.

-Apple needs to get active in crowdsourcing. They must find a way to harness local knowledge and invite their users to supply local information, or at least lead them to the local knowledge that is relevant. This could be accomplished by setting up a service similar to Google Map Maker. However, it could also be accomplished by buying TomTom, and using its MapShare service as part of the mapping application to improve the quality of data. I think something like Map Share would appeal to the Apple user community.

-Apple could buy one of a number of small companies that integrate mapping and search services into applications for use by telephone carriers. The best of these, Telmap, was snapped up by Intel earlier this year, but other companies might be able to do the job. Perhaps Telenav? Hey, here is an interesting idea – how about ALK, now being run by Barry Glick who founded MapQuest?