As always, we’ll update the list below as more updates hit the App Store…

Play BlackJack version 1.2: Developer RockLive has been known to partner with celebrities in the past for titles such as Mike Tyson Main event, Cristiano Ronaldo’s iOS game, and Usain Bolt’s “Bolt!“. One of its other popular titles gets an update today with a ton of new features, the ability to earn more free chips, and and number of fixes and enhancements. The developers told us that all of their partners, including Justin Bieber, Floyd Mayweather, Mike Tyson, and more, are using the app to play with their fans. 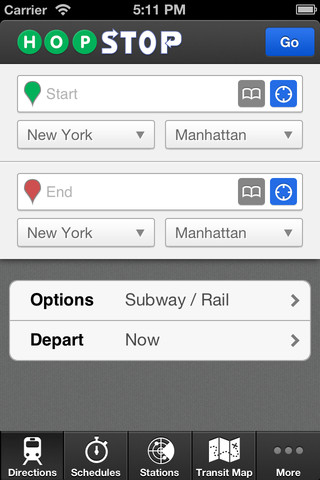 HopStop Transit Directions for iPhone: One of our favorite transit apps for iPhone, covering dozens of locations in the U.S., Canada, and Europe, gets a welcomed update today in the face of the iOS 6 Map controversy that brings iOS 6 and Maps support. The update also includes more maps, iPhone 5 display support, and new features:

Google Voice got some new features and bug fixes

– Start a new text right from the inbox.
– Fallback option to call without Google Voice if call fails (will use your mobile caller ID).
– Bug fix for dialing from iPad and iPod Touch.
– Minor text-related bug fixes.

FIFA Soccer 13: EA today released the latest edition of its FIFA Soccer franchise for iOS. The game is available starting today for $6.99 and features the ability to “save a Manager Mode or a Tournament game onto iCloud on one device – then continue playing on another.

djay for iPhone version 1.6: As noted by TheLoop, djay gets a huge update today that doesn’t only bring support for the iPhone 5’s display, but also adds a number of new features including multi route audio on iOS 6, an integrated iTunes Store with in-app purchases, and ton of other new features:

Note to users of the iDJ Live MIDI controller: The controller is currently not compatible with iOS 6. We are fully aware of the issue and working closely with Numark to resolve this as quickly as possible.