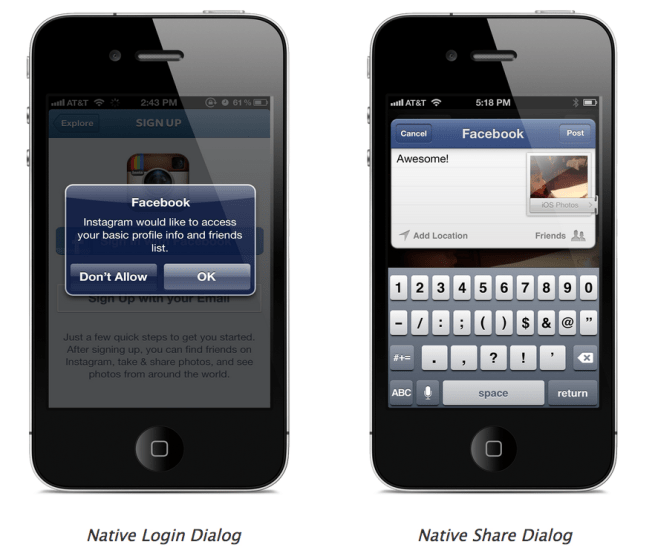 We have been following Facebook’s improvements to its SDK for iOS in recent months. In July, Facebook released a beta featuring iOS 6 Facebook integration and a new Dev Center for iOS developers. It has maintained that beta alongside version 3.0 of its SDK up until today with the official release of Facebook SDK 3.1 for iOS. Facebook officially announced the release of the SDK, which features new tools for mobile app developers interested in taking advantage of Facebook’s native integration with iOS 6 in their apps, on its Developer Blog earlier today. 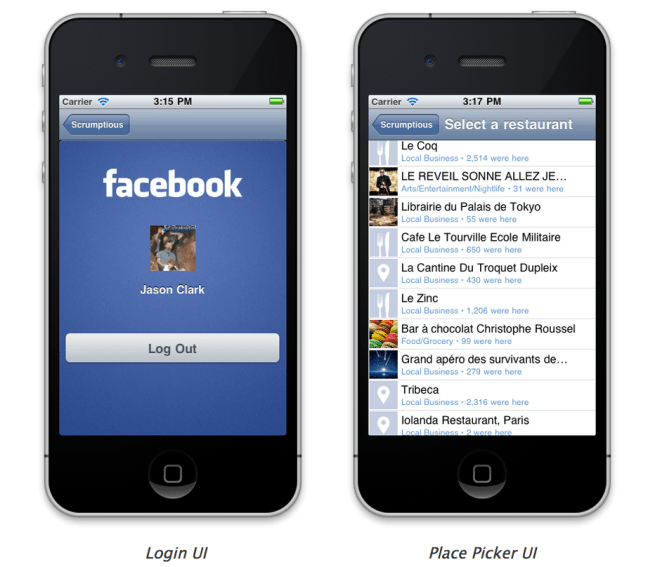 -Friend Picker to help apps easily pick friends. Example: use a friend picker to choose friends to tag in an Open Graph action. -Places Picker so apps can easily integrate with Facebook places. Example: use this picker to let users include a place with their posts. -Profile Picture control so your app can easily show the profile picture of a user, their friends, places, or other kinds of Facebook objects. -Login controls for easily building Login and Logout experiences.

Easy session management: Introduces the FBSession API that manages, stores, and refreshes user tokens. You can also override default behaviors to build advanced features. It uses the modern Objective-C “block” metaphor to notify your app of login, logout and other session state changes, and it instantly integrates with iOS 6.

The SDK also includes a beta of Facebook’s Ad analytics tool allowing app developers to get statistics related to how effective their ads are:

Ad analytics (Beta): Lets you record analytics to give you information about the effectiveness of your ads and understand how people use your app. Learn more about the mobile ads product.