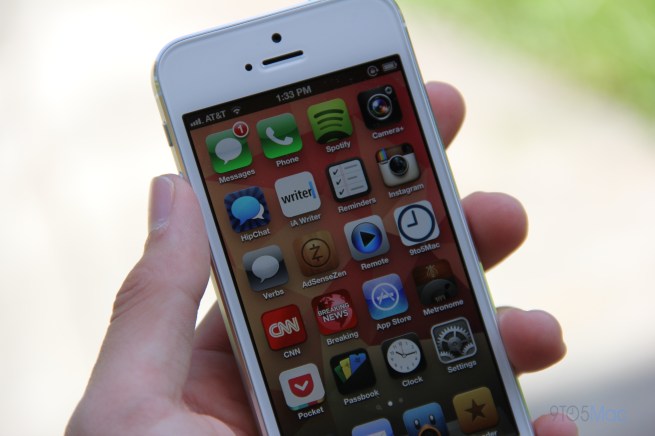 Update: The Wall Street Journal is reporting that Slovak Telekom is cancelling plans to take preorders for the iPhone 5 due to low supplies. Orange Slovakia is not accepting preorders either.

We just received word from nTelos Wireless, operating out of Virginia, Maryland, Ohio, Kentucky, and North Carolina, that it will launch the iPhone 5 starting tomorrow at $149 on a two-year contract. That’s $50 off Apple’s price on contract for most major carriers, and the savings will also hit the 32GB model at $249 and the 64GB model at $349. We expect to see some other regional carriers matching these prices in the weeks to come. The carrier will also offer the iPhone 4S for $50 and the iPhone 4 for $0.01.

Apple is now selling the unlocked device on its New Zealand website starting at NZ $1049. Also, Letemsvetemapplem.eu pointed us to pricing just posted by T-Mobile and Vodafone for the Czech Republic as well as pricing in Slovakia for Telekom. For Slovakia, the device will hit Telekom at €679 (16GB), € 789 (32GB), and € 899 (64GB). For the Czech Republic, prices vary from carrier to carrier, but you can get a full breakdown of pricing in local currency here.

We also already know that a number of other regional carriers will launch the device tomorrow, such as: Cricket Wireless, C Spire, Alaska GCI, Appalachian Wireless, and Kentucky-based Bluegrass Cellular. There is no word on pricing and plans for many of these carriers, but we expect supplies to be low, as recent reports noted major retailers and carriers worldwide are announcing a low amount of initial stock in comparison with previous iPhone launches. We will update this post as more regional and intentional retailers and carriers announce availability.