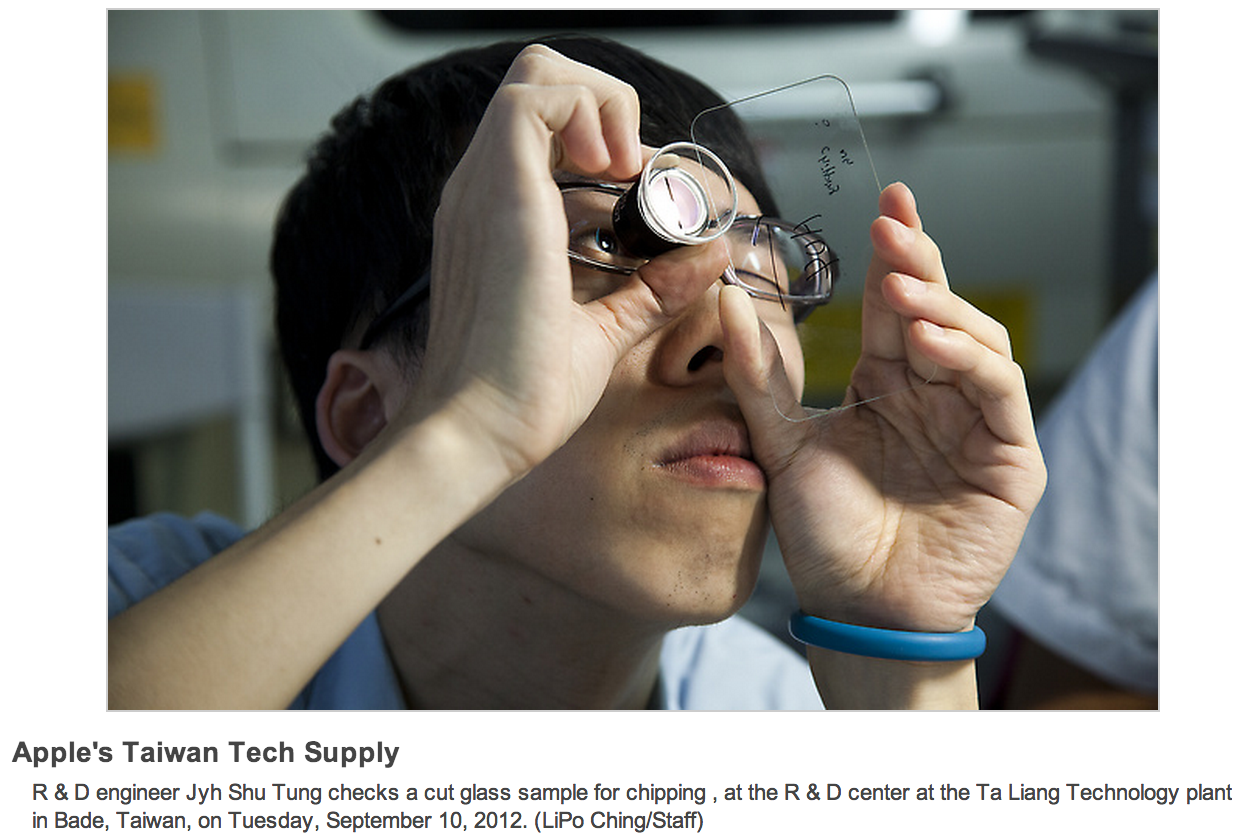 In a wide-ranging report on Apple’s Taiwan supply chain, the Mercury News reports on the incredible sway Apple has over the manufacturing markets in Asia. One little part of the story is notable, however:

An Apple engineer called to inquire about TeamChem’s new conductive adhesive technology that, among other things, would allow chips to be mounted directly on an iPhone circuit board, eliminating the need for tiny sockets. This would lower manufacturing costs, increase the speed in which the devices roll off assembly lines and allow them to be even thinner. The adhesive, which has yet to be mass produced, could also be used on flexible circuit boards for future devices with flexible panels.