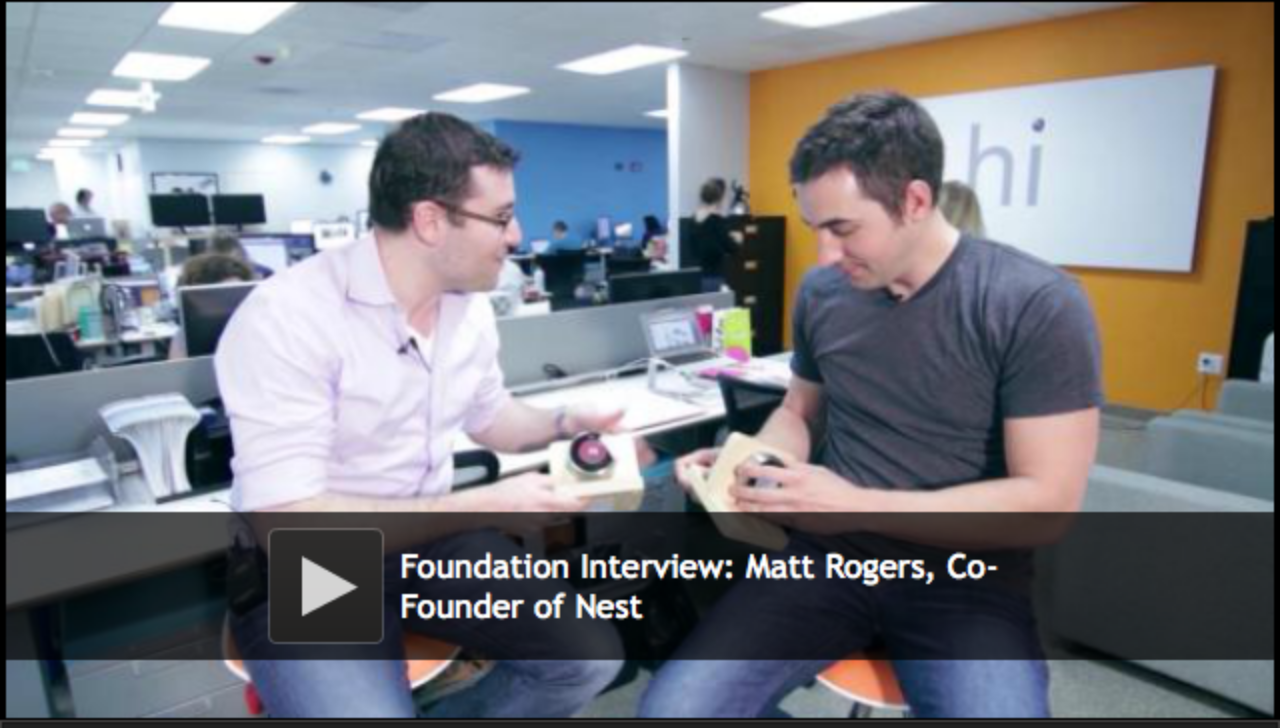 For the introduction of the refreshed Nest thermostat, cofounder of the company and former iPhone engineer Matt Rogers sat with Kevin Rose for the new Foundation video series on TechCrunch. After speaking about some of the updates included in the upgraded Nest hardware, Rogers talks about his time at Apple in 2004 as an intern writing manufacturer diagnostic software for the iPod mini. Perhaps the most interesting portion of the interview starts around the 15:50 mark; it shows Rogers talking about his work as the first firmware engineer for the prototype, click-wheel iPhone that Apple never shipped.

He also discussed the intense security around the iPhone team and that Apple had touchscreen iPhone prototypes about two years out at the same time as the click-wheel prototypes.

More details on the new Nest Thermostat with iPod Godfather Tony Fadell from this morning. Gen 1 Nests are available for almost $100 off at Amazon.

Check it out: Rogers is currently doing an AMA on Reddit. (ask him some Apple questions!)