On top of a few apps getting updated today with Passbook support, below is our usual list of new apps, updates, and price drops hitting the App Stores today: 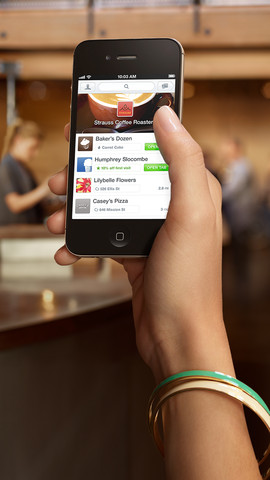 Adobe Lightroom 4.2: For those who use Adobe Lightroom 4, Adobe has a big bugfix…Lightroom 4.2 is now available as a final release on Adobe.com and through the software update in Lightroom 4. The goal of this release is to provide additional camera raw support, lens profile support and address bugs that were introduced in previous releases of Lightroom. A long list of additional camera support includes Canon’s EOS 650-D/Rebel T4i, the Canon EOS M, and many others. Camera Raw 7 and DNG Converter 7.2 are also now available through Photoshop CS6.

Square Wallet version 2.3.2: Square is changing the name of its “Pay with Square” app to “Square Wallet” today with version 2.3.2. The updated app also includes an updated Wallet UI that allows you to see more cards in a single screen. Square announced on its blog today it is also launching Square directory:

the first web-based search engine that enables customers to discover their favorite places by location or specific items; as well as find loyalty deals and specials.

Things for iPad version 2.1: Things for iPad gets a nice update that brings Reminders integration and iOS 6 support. The iPhone app is also updated today with the same features and iPhone 5 support:

Digits, the calculator for humans: On top of recently getting iPhone 5/iOS 6 and a number of new features, the Digits calculator app gets another update today. We have five free copies of the app to giveaway to forum members on 9to5Forums.com.

Weather Live: This $1.99 app went to version 1.9.1 today with the following change log:

★ Better photos in low-light
On the iPhone 5 we now support the same low-light sensitivity as the native Camera app — if you’re not camera-term inclined this just means you can take photos with less light than ever before. If you are camera-term inclined, your ISO can now go up to 3200 (vs 800 before – that’s 4 times MORE POWER). This will only kick in if it’s really dark. [iPhone 5 only]
★ Higher quality photos when sharing to Facebook
☂ iOS 6 and general bug fixes
We’ve addressed the issues some of you were having saving to the Camera Roll in iOS 6. If you deny access to your Photos, we’re unable to save to your Camera Roll! We’ve now made the error message clearer, but unfortunately we can’t make the prompt for permission clearer at this time.