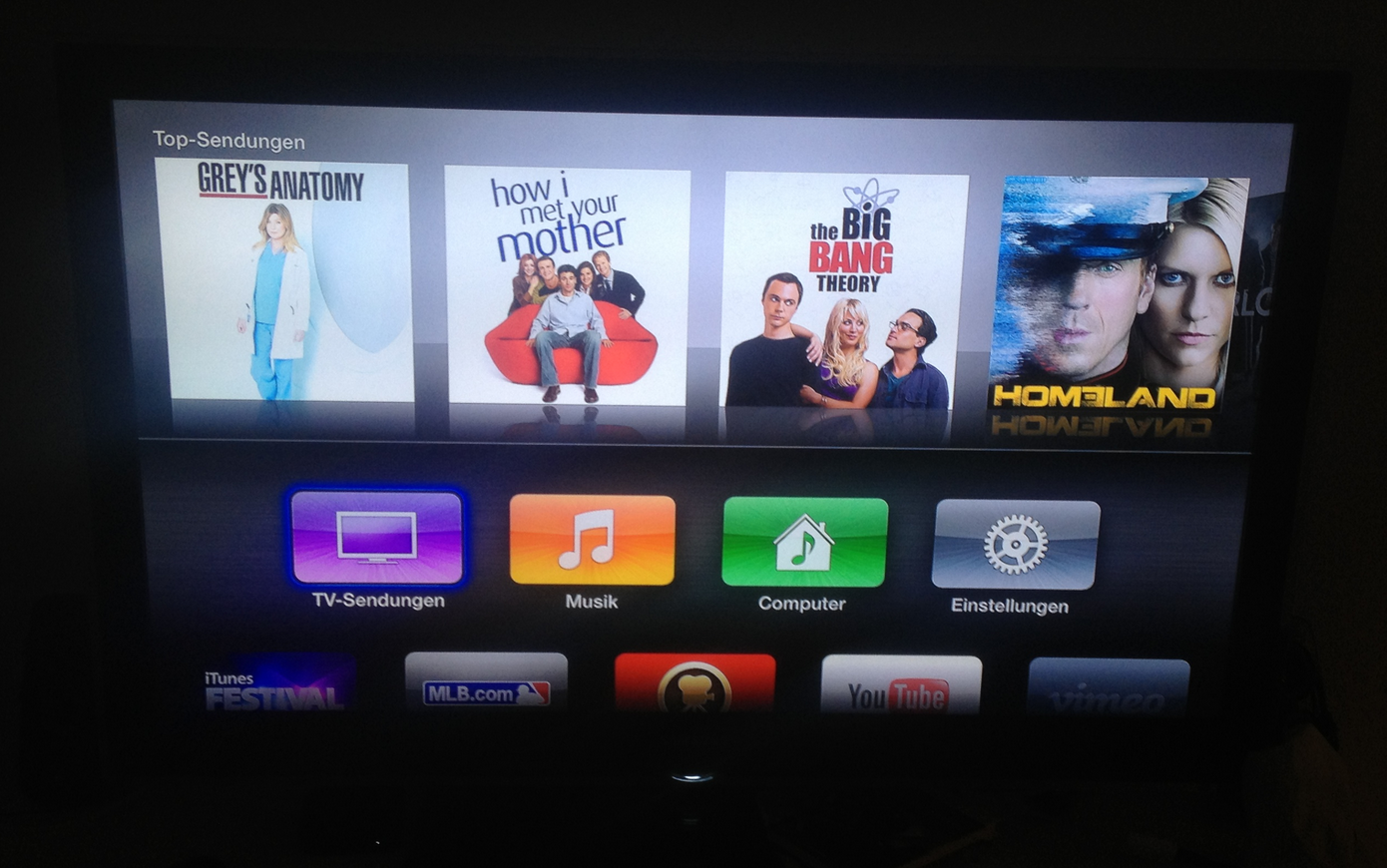 Apple appears to be rolling out an update to Apple TV users in Germany that brings access to a TV shows section in the main UI. According to tips from readers and local reports from iFun, it is unclear if the new UI is a mistake. Apple could very well be in the midst of rolling out the update to all users. Oddly, reports also claim the Movies icon has been removed from the main section. Meanwhile, TV shows are only available to purchase and not for renting (as was the case with iTunes in Germany previously). It is likely the removal of Movies is temporary.

iFun also said users are reporting iTunes in Germany, as well Switzerland, now list TV shows as purchased content. This indicates Apple might be preparing to roll out iTunes in the cloud for TV shows in the country. Currently, Apple only lists Music, Apps, and Books support for Germany.

In other TV news, Disney signed a multi-year agreement with Cablevision to bring content to Internet, smartphones, tablets, and other handheld devices. With Apple’s close ties to Disney, analysts are speculating these and other recent Disney distribution agreements (Comast) could “play a major role” in Apple’s TV plans: