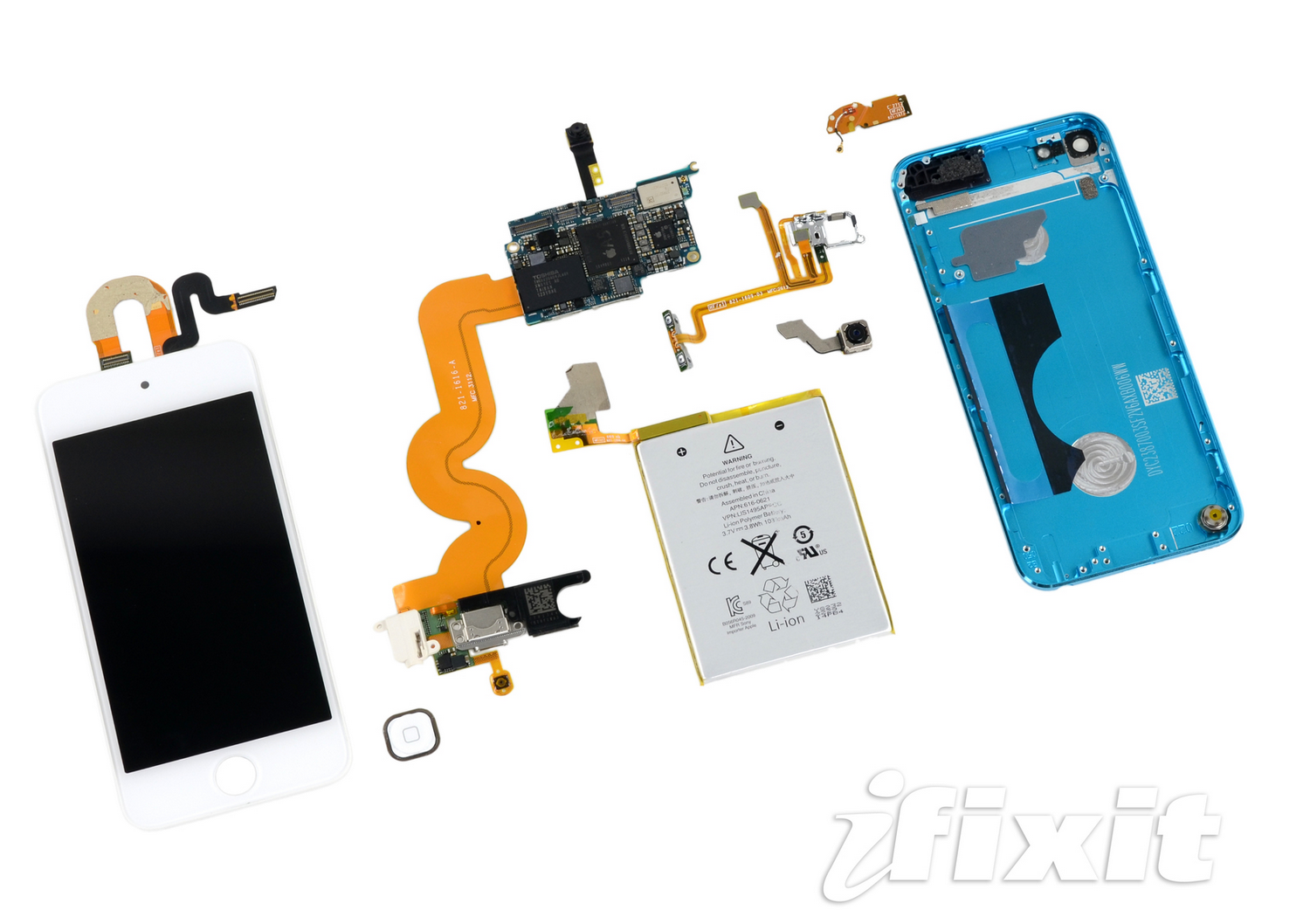 As usual, our friends at iFixit have once again taken apart Apple’s latest device. This time we get a look inside the new fifth-generation iPod touch that started shipping to customers this week, revealing all of its internal components including: 512MB of RAM from Hynix, Apple’s A5 processor, and NAND flash from Toshiba. 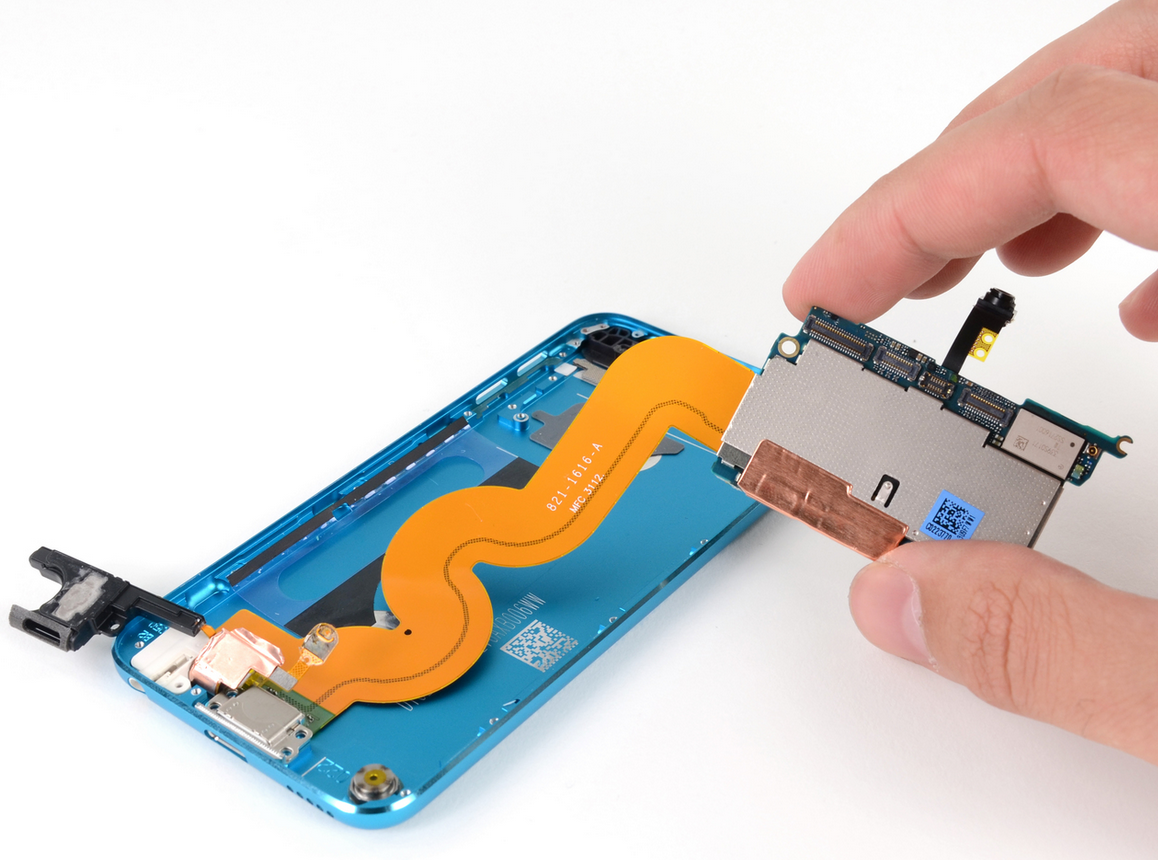 While the iPhone 5 was able to grab an impressive repairability score in its teardown, iFixit unfortunately found the new iPod touch much harder to get inside. Due to lack of external screws and two “hard-to-manage ribbon cables” on the logic board, the device gets a low 3 out of 10 repairability score. That’s in comparison to the 7 out of 10 awarded to the iPhone 5. iFixit said, “repair is not impossible, but it’s certainly going to be difficult and expensive if one component breaks.” The teardown also found the iPod touch Home button has a “weaker, rubber-membrane design” when compared to the iPhone 5.

Here are some of the highlights:

* In case you thought that a quick zap with the heat gun and a gentle pry is all it would take to get into the Touch, think again! There are several clips and adhesive holding this iPod together.

* Along with a 4-inch (diagonal) screen, a 5-megapixel iSight camera, and 32 GB or 64 GB storage capacity, the new iPod Touch also sports a retractable post for “the loop.” With any luck, this loop will prevent the unintentional iPod “drop test” that often results in shattered hopes and screens.

* How does the 5th Generation iPod Touch stack up to the iPhone 5? Well, literally speaking, they’re fairly well matched in terms of size. The new iPod Touch shares the same height (within a ± .01 inch difference) as the iPhone 5.

* The volume buttons/microphone/LED flash/power button ribbon cable assembly peels easily from the rear case. We’ve seen this type of design in previous Apple products. The shift to a single ribbon cable is more cost-effective for the manufacturer, but unfortunately it has a negative impact on repairability.

* Cables connected to the logic board run over the top and connect on the bottom, making it difficult to remove the board or disconnect the cables.

* In our recent iPhone 5 teardown, we praised Apple for redesigning a stronger home button. We were somewhat disappointed with the weaker, rubber-membrane design of the iPod Touch’s home button.

* The battery inside the Touch is secured with just the right amount of adhesive—and is again soldered to the logic board. This Plain Jane battery provides 3.8 Whr at 3.7 V for a rating of 1030 mAh, a little more than the previous model’s 930 mAh.