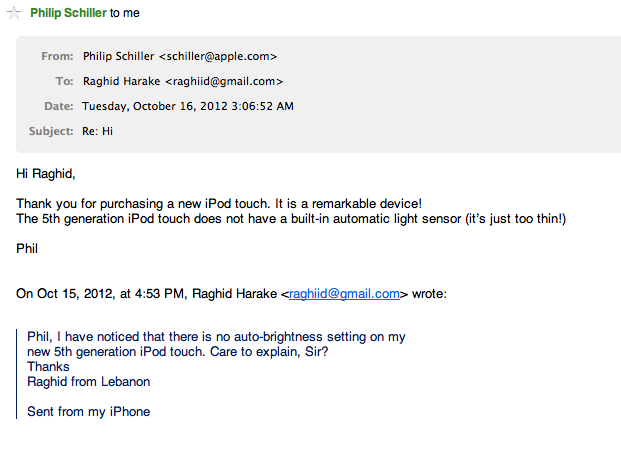 GigaOm found yesterday that the new fifth-generation iPod touch is without a light sensor, prohibiting the device from auto-setting the brightness. Raghid Harake, a curious customer turned concerned, emailed Apple Senior Vice President of Worldwide Marketing Phil Schiller (via iDownloadBlog) to find out why. Schiller, known for responding to emails, allegedly said the device is “too thin” at .24-inches. Just how thin: 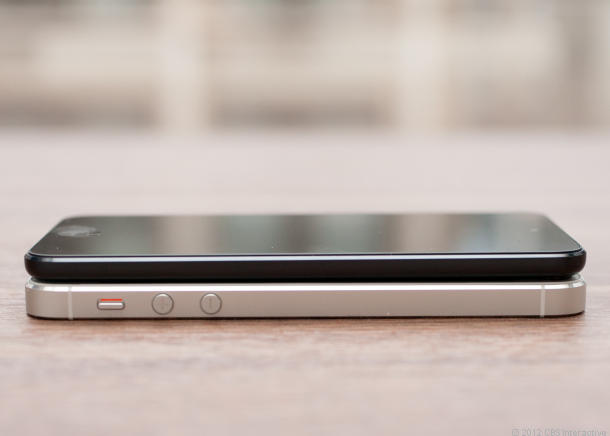