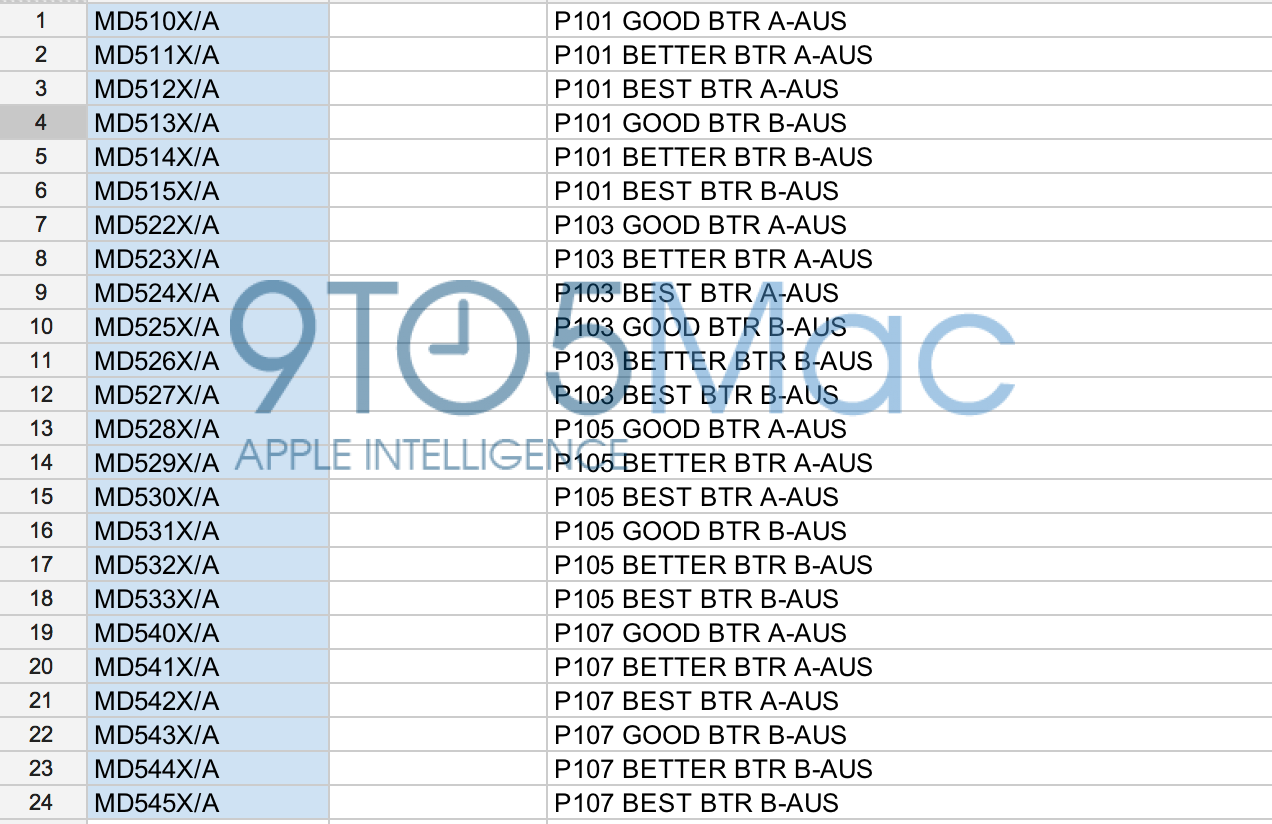 9to5Mac received the above list of iPad mini SKUs today that shows Apple could be set to launch 24 models of the new device. According to the list that shows four variants (P101, P103, P105, and P107), it appears Apple is set to launch four different models of the iPad mini in each capacity and color. With rumors of a Lightning connector in an updated iPad 3, it is possible two of the four models are for that. The models listed are also marked “Good,” “Better,” and “Best,” which seems to indicate there are three storage capacities.

With the three storage capacities, four models, and lastly—two colors denoted by “A” and “B” (likely black and white), Apple will launch 24 new iPad models. Apple will also sell 10 packs of iPad minis to education for a discount, according to the SKUs.

Yesterday, we reported that Apple is also set to introduce a new 13-inch MacBook Pro with Retina Display and Mac mini alongside a smaller iPad at its upcoming media event. According to the latest reports, Apple is set to hold its event on Oct. 23 in its Town Hall auditorium.