Carmageddon: Thanks to a Kickstarter project, Carmageddon makes its return today as a universal iOS app with iPhone 5 support and most of the features of the original Mac and PC title. In case you’re unfamiliar, the game was banned in many countries for its gory vehicular combat gameplay (by 1997 standards anyway). The game clearly still has a cult following and the iOS version comes with a few enhancements over the original including Game Center support, leaderboards, and customizable controls. Carmageddon is free today only to celebrate the launch and will soon increase to $2.

Steam version 1.1.0: With the latest update to Steam’s iOS app we finally get native iPhone 5 support. However, the biggest addition is the announcement all Steam account users worldwide can now access the app. Also included in version 1.1.0 is support for 25 new languages and a few fixes: 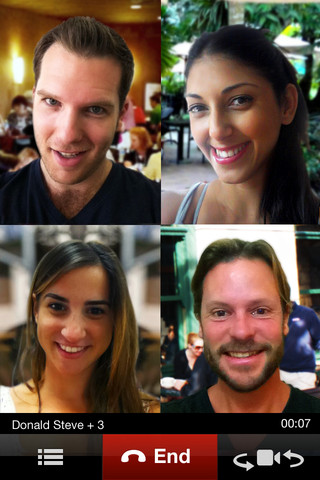 Sonic Jump: SEGA is releasing a new Doodle Jump-style Sonic title today. The game features familiar Sonic stages and characters, boss battles, and other elements of Sonic games, but switches to an all vertical gameplay style made popular on iOS by Doodle Jump. It’s already available in New Zealand and will hit all App Stores by midnight tonight.

Checkmark 1.1: We recently had good things to say about this new take on Apple’s Reminders app in our review. Today it gets a number of new features including recurring and snooze reminders, map improvements, and iOS 6/iPhone 5 support:

Angry Birds Star Wars will be here in less than 12 parsecs, on November 8.