Apple has been selling iPhone 5’s as fast as they can make them since its mid-September launch. However, pre-order delays and retail shortages related to manufacturing troubles meant Apple was a little shy of the 10 million units predicted by analysts for opening weekend. We know Apple sold at least 5 million iPhone 5 units during the first three days of its retail launch starting Sept. 21. With a slow start and strong finish to the quarter ending on Sept. 29, today we get estimates from 59 analysts predicting iPhone sales for Q4 courtesy of Fortune. Apple is set to announce earnings for Q4 later this month on Oct. 25.

The average of the group is 26.3 million units, just slightly over the 26 million Apple sold in Q3 2012 (pros in blue, amateurs in green): 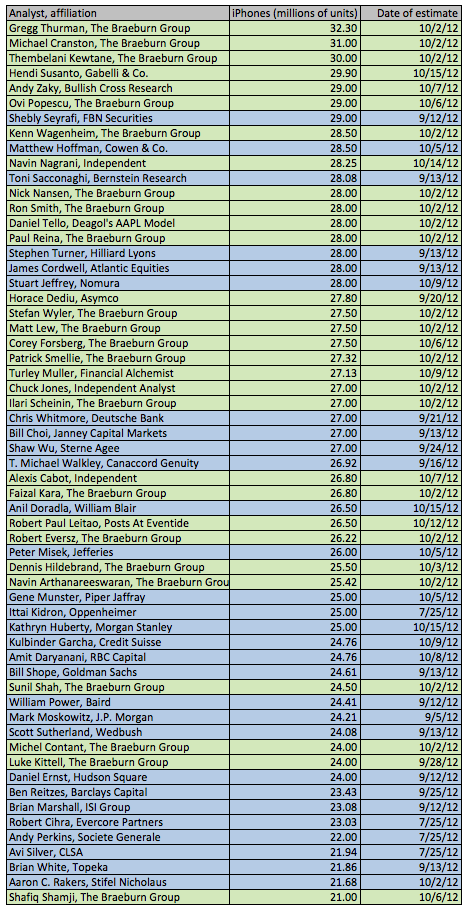