Apple loses appeal over tablets in UK courtroom, must publicly apologize to Samsung 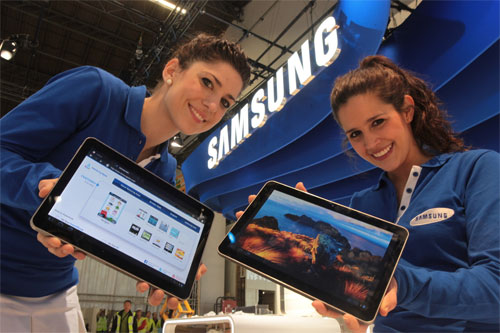 Apple and Samsung’s legal fight continued on the world stage this morning, where the Britain Court of Appeal upheld a previous ruling that Samsung’s Galaxy Tab does not infringe on the iPad’s patents because it is not “as cool.” Reuters reported that after losing the appeal this morning, Apple has been instructed by the court to apologize to Samsung by running ads on its website and in newspapers saying Samsung did not infringe on patents in at least Arial 14 font.

As we all know, other courts around the world have ruled otherwise. On the ruling, Samsung gave the boilerplate: “We continue to believe that Apple was not the first to design a tablet with a rectangular shape and rounded corners.” A California court ruled this summer that Samsung owes $1 billion to Apple. Additionally, some of Samsung’s devices could be in jeopardy from being on the market.

Today’s ruling in Europe prohibits any other legal course regarding tablets and the iPad specifically. While the Court of Appeal denied Apple’s appeal today, the company can still appeal with the Supreme Court. The global legal battle is far form over, as it continues in roughly a dozen countries, with more trials scheduled for 2014.