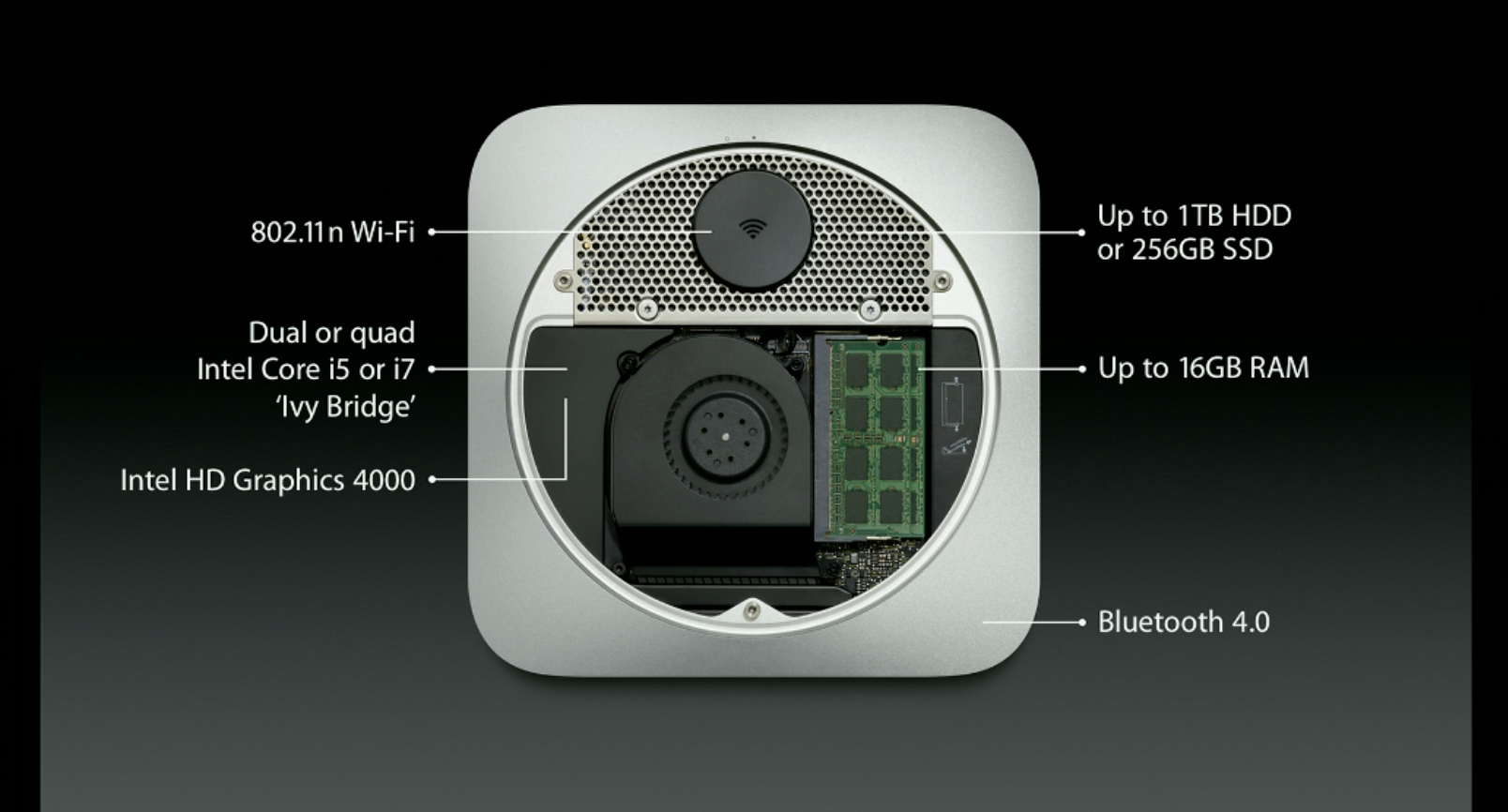 As predicted, Apple just confirmed at its special iPad mini event that it would refresh the Mac mini lineups with upgraded internals. The new models will retain the same pricing as previous generation Mac minis, starting with $599 and $799 configurations and a third $999 server model. Specs for the new models line up with the specs we posted this morning, including the first quad-core Mac mini: